Moms struggle to feed their babies with rare disease 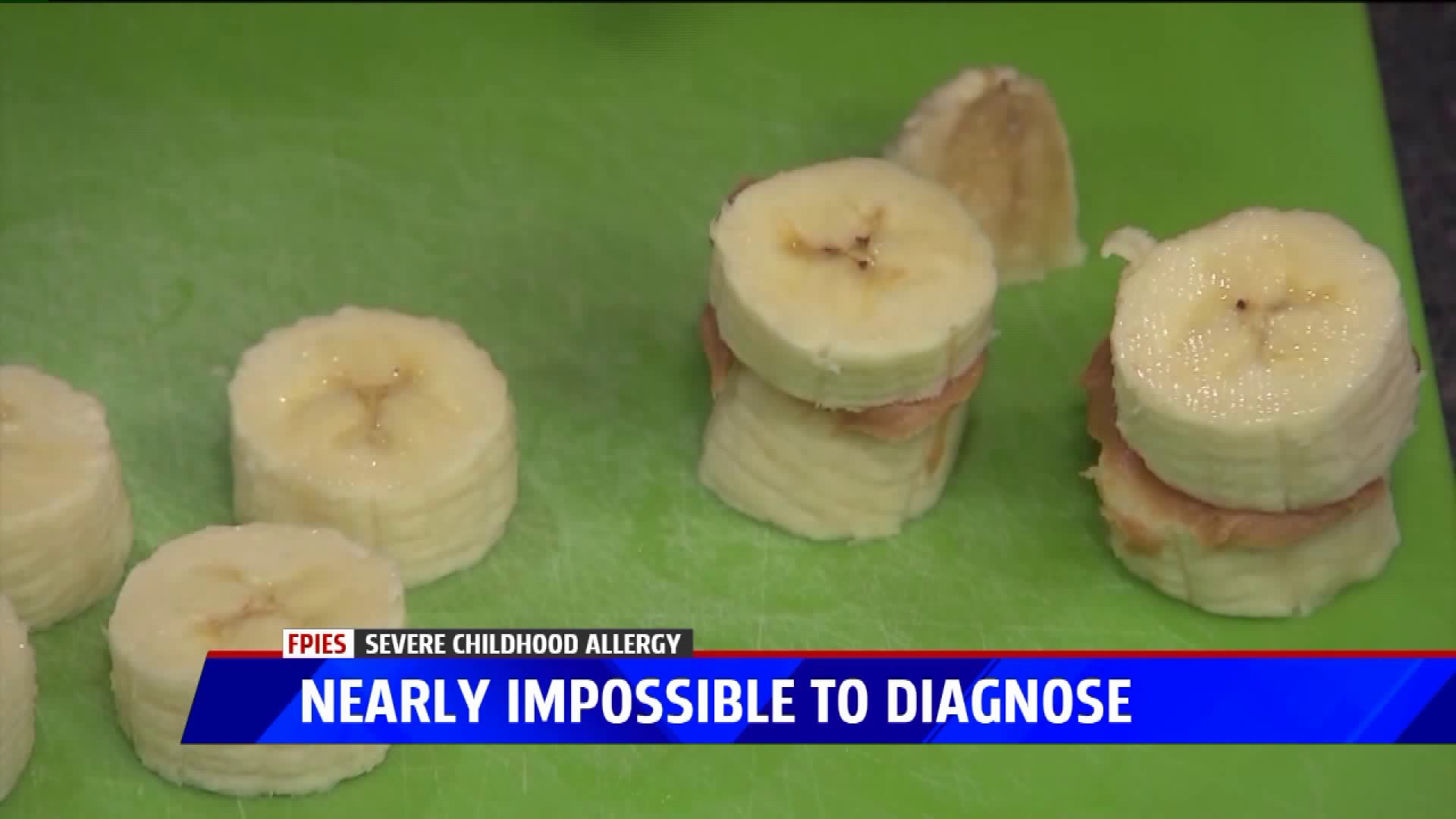 SPARTA TOWNSHIP, Mich. — Raising a newborn is challenging as it is, but some families are finding that a rare disease is making feeding their babies nearly impossible.

Two moms in West Michigan are among a small fraction of parents whose babies suffer from food protein-induced enterocolitis syndrome or FPIES, as it is commonly known.

“It’s Russian Roulette, really. Every time I feed him, there’s a chance that he could have a reaction. Every single new food that I try," says Ashley Wiebenga.

Wiebenga's two oldest children had no trouble when it came to eating. But for her infant son Eli, at 6 months old, it was a different story.

“Started with rice cereal mixed with breast milk, you know easy to digest, super bland, good introductory food," Wiebenga says. “That did not go well. Two hours later, he started getting incredibly sick, was vomiting to the point where I had a bucket underneath his head."

It's an experience Ashley Clement knows all too well.

When Clement heard her then 7-month-old son Desmond make noises over the baby monitor one night, she went to go check on him.

“His whole mat just, was just covered in vomit and he was just laying in it and I freaked out," Clement says.

These moms would soon learn their baby boys suffer from FPIES. It's a disease pediatric allergist Dr. Malika Gupta at the University of Michigan has spent years researching.

She says unlike traditional food allergies, the symptoms of FPIES are inconsistent.

"But with FPIES, it’s harder because it mimics so many other childhood diseases," Gupta tells FOX 17.

This makes diagnosing FPIES difficult for doctors. Often when babies with FPIES react to a food, they are taken to the emergency room and misdiagnosed with the flu or a stomach bug.

“Rare disease kids are called zebras because when you hear hoof beats, everybody thinks horses," Wiebenga says. "They’re the zebras.”

Despite ongoing research, there is no method to test for FPIES.

“It definitely makes it hard because if we understood the mechanism of FPIES well, I think we would have a test," Gupta says. "Which would help us identify which foods the child would react to next. I think that’s the most frustrating part for FPIES right now.”

Until doctors discover a treatment, parents learn which foods cause reaction through trial and error, slowly introducing new foods and hoping for the best.

“It’s still a long, drawn-out process," Clement says. "We do seven days of the food and we slowly, slowly increase the amount given.”

Both Eli and Desmond aren't growing as fast as their peers, as is the case for many babies with FPIES who aren't able to get the nutrition they need. Gupta says for this reason, many women choose to breastfeed longer. There are special formulas FPIES babies can eat, which Wiebenga is currently trying with Eli.

“It’s easy to say, ‘Don’t be overwhelmed,'" Gupta says. "But it is an overwhelming diagnosis because it’s a young child and you don’t know how to introduce new foods."

Most of Gupta's patients with FPIES also see a nutritionist at the University of Michigan.

“It makes me feel a lot of guilt, knowing that I’m the one physically putting this food in front of him, not knowing if it’s safe or not," Wiebenga says.

Both Clement and Wiebenga are part of a Facebook group for parents whose children have FPIES. The women say the group has helped them feel less alone as they navigate such a rare disease.