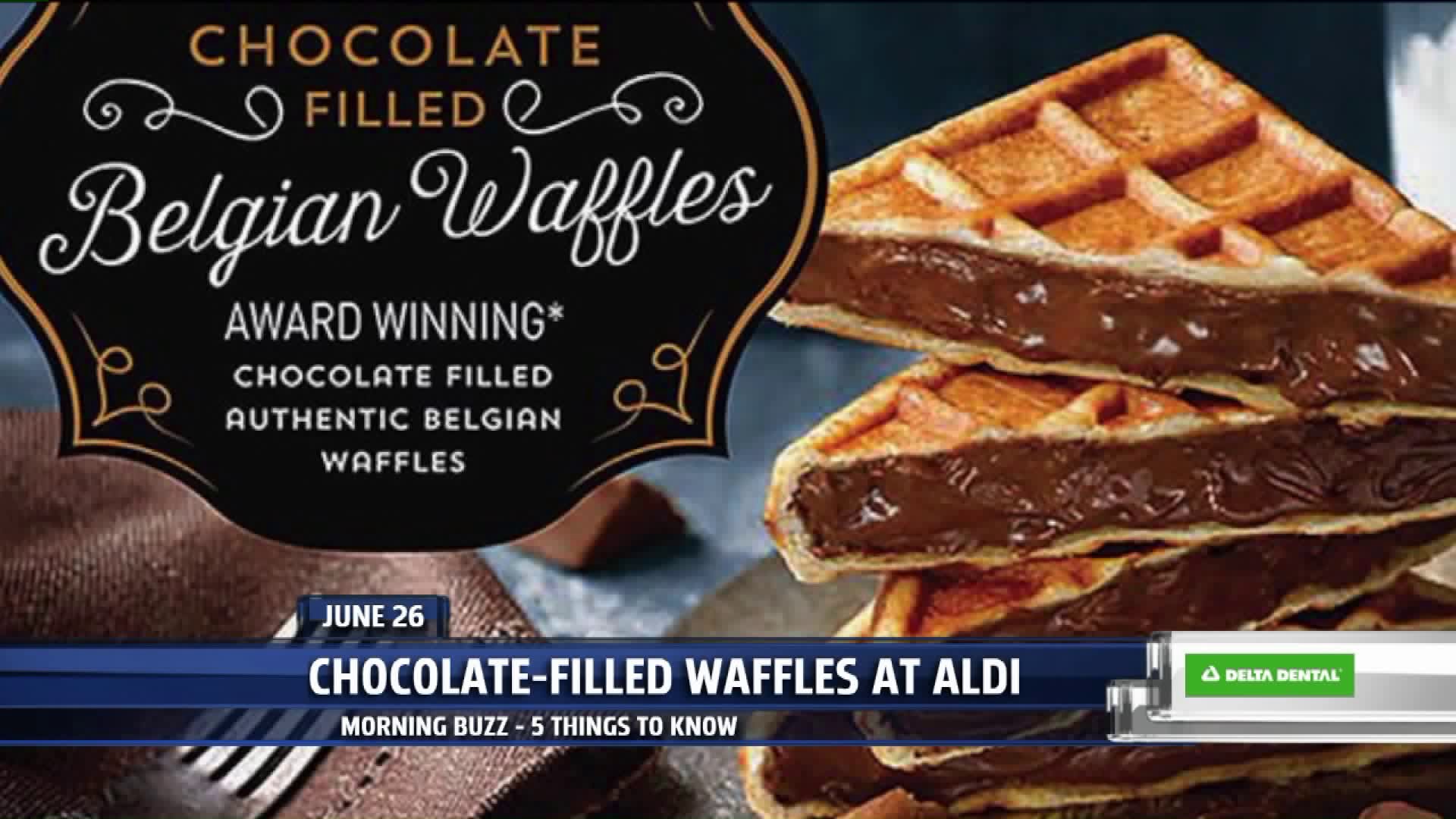 1. It was a historic start to the Womens World Cup in France. The U.S. Women's National Team made their tournament debut taking on Thailand on Tuesday.

Team U.S.A.'s next match is against Chile on Sunday.

2. She lives in a 55 and older apartment complex in Grand Rapids, but she's almost double the age to be living there. Thelma Vis had a birthday bash to celebrate for her 101st birthday!

Thelma enjoyed some ice cream and cake, all while taking a look back at her life. She says her secret to a long life is to get up and keep moving.

Thelma says a lot has changed over her lifetime, and she remembers the days when she used to ride the trolley through downtown Grand Rapids.

3. A West Michigan zoo is celebrating dads this weekend. Dads can get in free at John Ball Zoo in Grand Rapids on Sunday.

All dads have to do is bring the kids with them and pay the child's admission, which is only $10.

4. Build-A-Bear Workshop is bringing back the Pay Your Age, but they're changing it a bit so it's less chaotic.

Last year the promotion drew thousands out for the one-day-only event.

It was so popular some stores, including Rivertown and Crossroads Mall were forced to close due to safety concerns.

This year, only 200,000 tickets nationwide will be offered.

Parents have to join the store's reward club and sign up by June 16 on the Build-A-Bear website.

5. Just when you thought breakfast couldn't get any better, Aldi has unveiled a new product. The company will soon sell chocolate-filled Belgian Waffles.

The waffles will be available in the freezer section at Aldi, but only for a limited time. Each box will have four waffles for $3.99, so there'll be enough to share with the family members or friends.

They will be sold in stores starting June 26.