Ottawa Co. deputy under investigation after claim of wrongful handcuffing 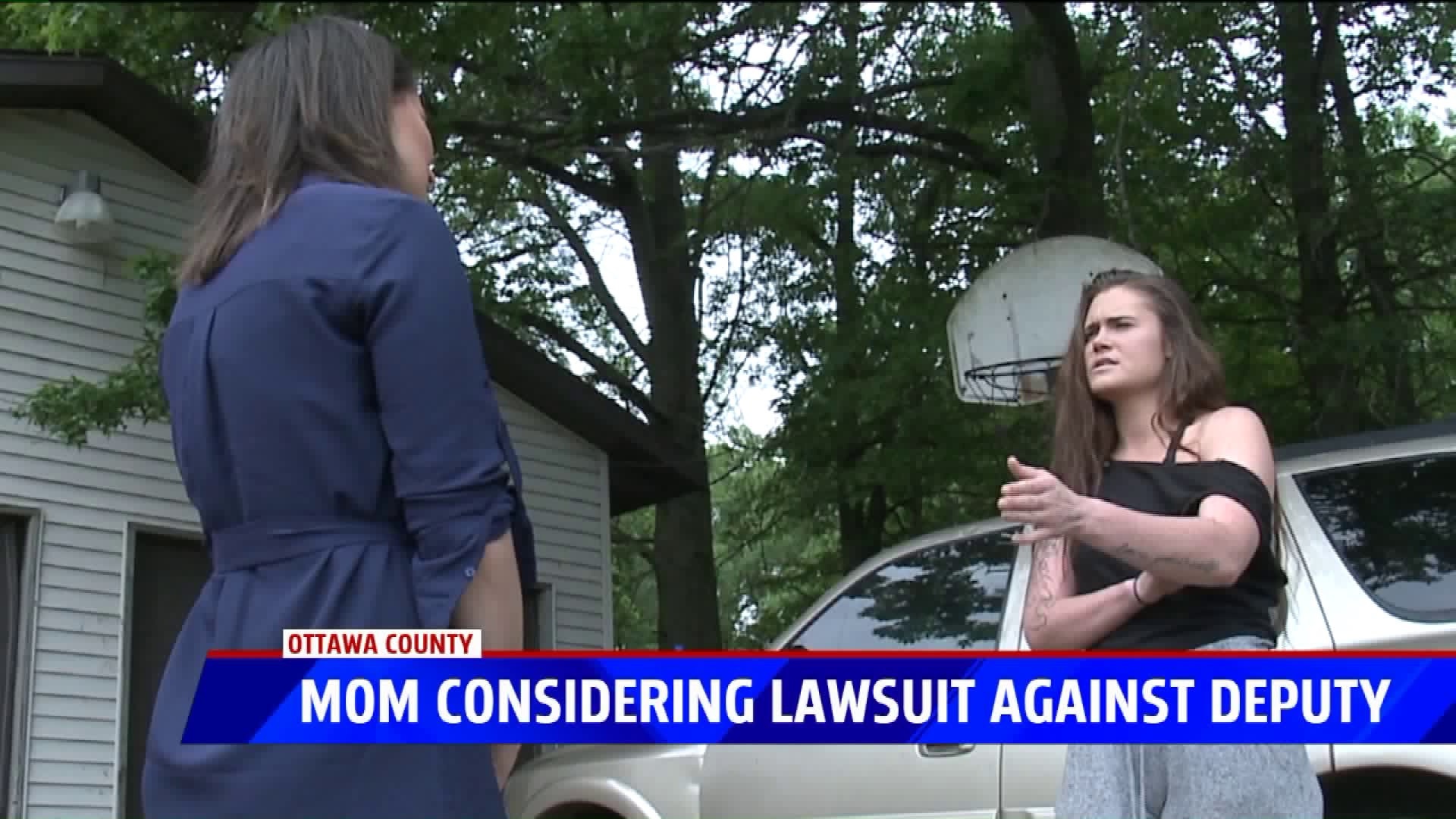 WEST OLIVE, Mich. — A young woman says she is considering legal action against an Ottawa County sheriff's deputy after she says she was wrongly handcuffed.

When 24-year-old Casey Merrifield finished work on Sunday evening, she and her husband took one of their daughters out to eat at McDonald's. On their way, they passed a crashon US-31.

It caught their attention, but Merrifield says they didn't think much of it, other than being curious about what happened.

“We get our food and sit down and within like, two minutes of getting our food, I hadn’t even taken the food off the tray or anything," Merrifield said. "These two officers run in from separate doors and throw me in handcuffs, not telling me why or anything.”

She says after five to 10 minutes of being in handcuffs, the two deputies told her she had caused the crash on US-31 and ran from the scene in the rain.

“None of me was wet," Merrifield says. "I was like, ‘feel my hair.’ I mean my hair would be wet if I just ran and how do you expect me to run and jump that fence with my 6-month-old in her car seat?”

Merrifield says every time she tried to explain she had nothing to do with the crash, she was told to "shut up." She says the behavior of one of the deputies, who FOX 17 is not naming because an internal investigation is ongoing, was especially appalling.

“I have an app on my phone for like, Siri will start recording stuff and so I tried to activate it," Merrifield says. "I was like, ‘Hey Siri, will you start recording?’ And he slid my phone away from me and told me that I wasn’t allowed to record it.”

She says the deputy refused to tell her his name or badge number after she asked him to identify himself three times.

“It just kind of blows my mind. I was shocked because I never thought that I would have a run-in with a police officer like this," Merrifield said. “Like immediately I was not innocent until proven guilty, I was guilty as soon as they walked in and I didn’t even, like I was eating.”

Captain Mark Bennett with the Ottawa County Sheriff's Office says it is investigating her claims.

“I have a right to defend myself, especially because it wasn’t me and I was just sitting here trying to eat dinner and you guys like, I felt like I was assaulted," Merrifield says. "It was ridiculous.”

Merrifield says the deputies eventually learned that the actual suspect in the crash had been arrested elsewhere.

The whole ordeal lasted about half an hour, Merrifield says. When it was over, her wrists were chafed, and she was angry. She wrote about what happened on Facebook.

The post has been shared more than 1,400 times. She says she's heard from others who say they've had similar run-ins with the same deputy.

“If he’s treated anyone else the way he treated me, I can totally see that 100%," Merrifield said.

On Monday morning, Merrifield filed a formal complaint against the deputy.

Bennett says the sheriff's office is interviewing several people about what happened. He says once an internal investigation is complete, it will be up to the sheriff if corrective action against the deputy should be taken.

“We have to make sure we have all the information necessary to make a decision," Bennett said.