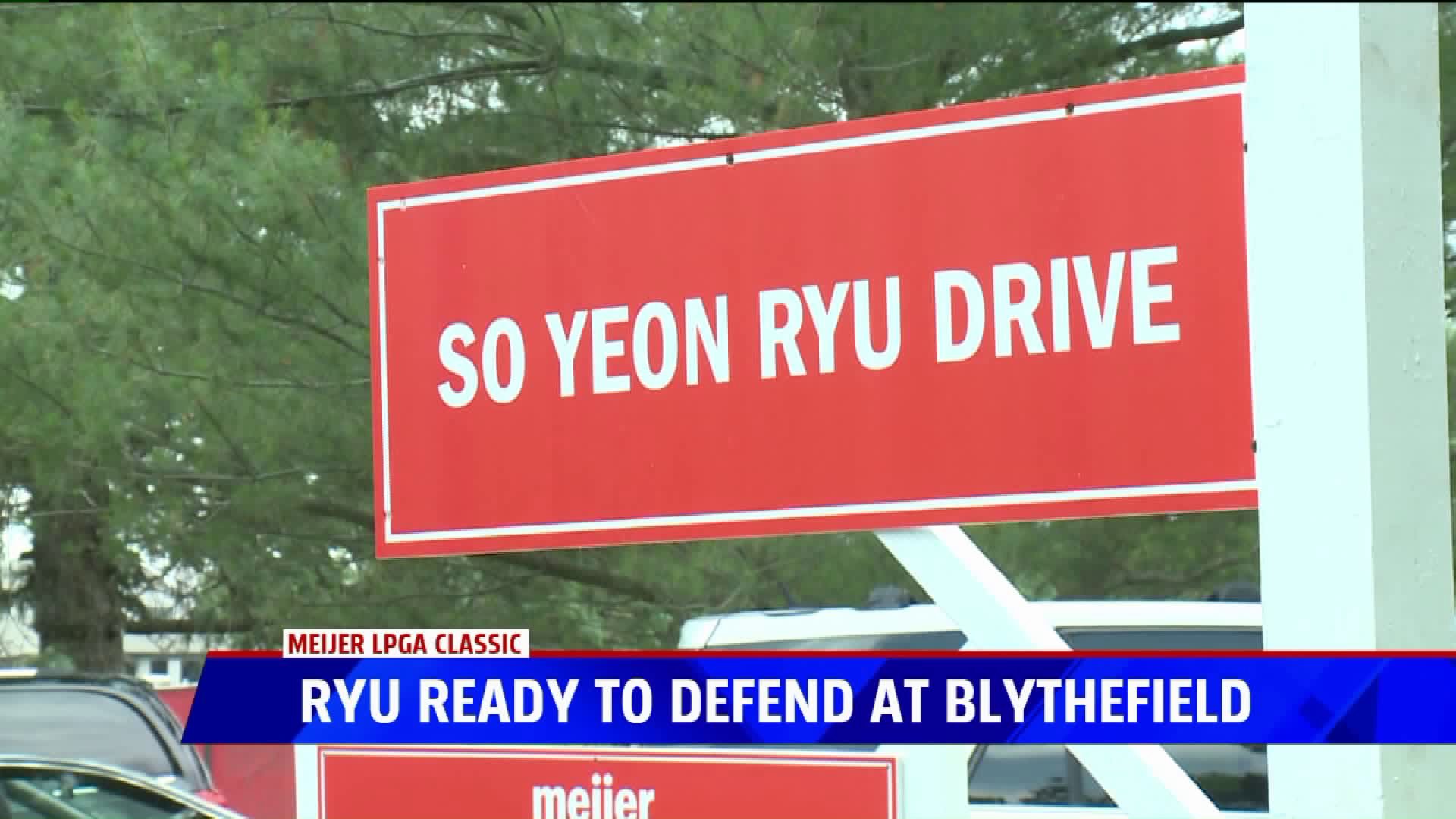 The defending champ is feelng good about here game

GRAND RAPIDS, Mich -- So Yeon Ryu credited her putting last year when she won the Meijer LPGA Classic for Simply Give at Blythefield Country Club.

Still 9th in the World Rankings, So Yeon had just one top ten finish prior to her last start at the U.S. Women's Open two weeks ago.

"Actually at the beginning of the season I wasn't real comfortable with my game at all" So Yeon said Wednesday at her news conference.  "I think since ANA Inspiration I feel like my game was slowly getting back and finally I played some great golf at the U.S. Women's Open I finished tied for 2nd which means a lot so I feel a lot more confidence right now and I am really happy to back to having good confidence so hopefully my good confidence can show off on the golf course and play a good game."

So Yeon figures to be a fan favorite this week after donating back $100,000 of her $300,000 winnings to Simply Give following last year's win.

The weather does not look good for day one of the tournament on Thursday with a forecast for showers and temps barely reaching 60 degrees, the defending champ says she prepares for such conditions.

"If it is not cold on Monday through Wednesday but is going to drop down on Thursday I'm trying to play in the morning to have a similar temperatures" So Yeon said about her practice rounds.  "If it supposed to rain on Thursday, better to play in the morning to have some sort of wet conditions.  Playing the rough with wet conditions and dry conditions is quite different so just hoping for good weather even though the forecast is supposed to be bad."