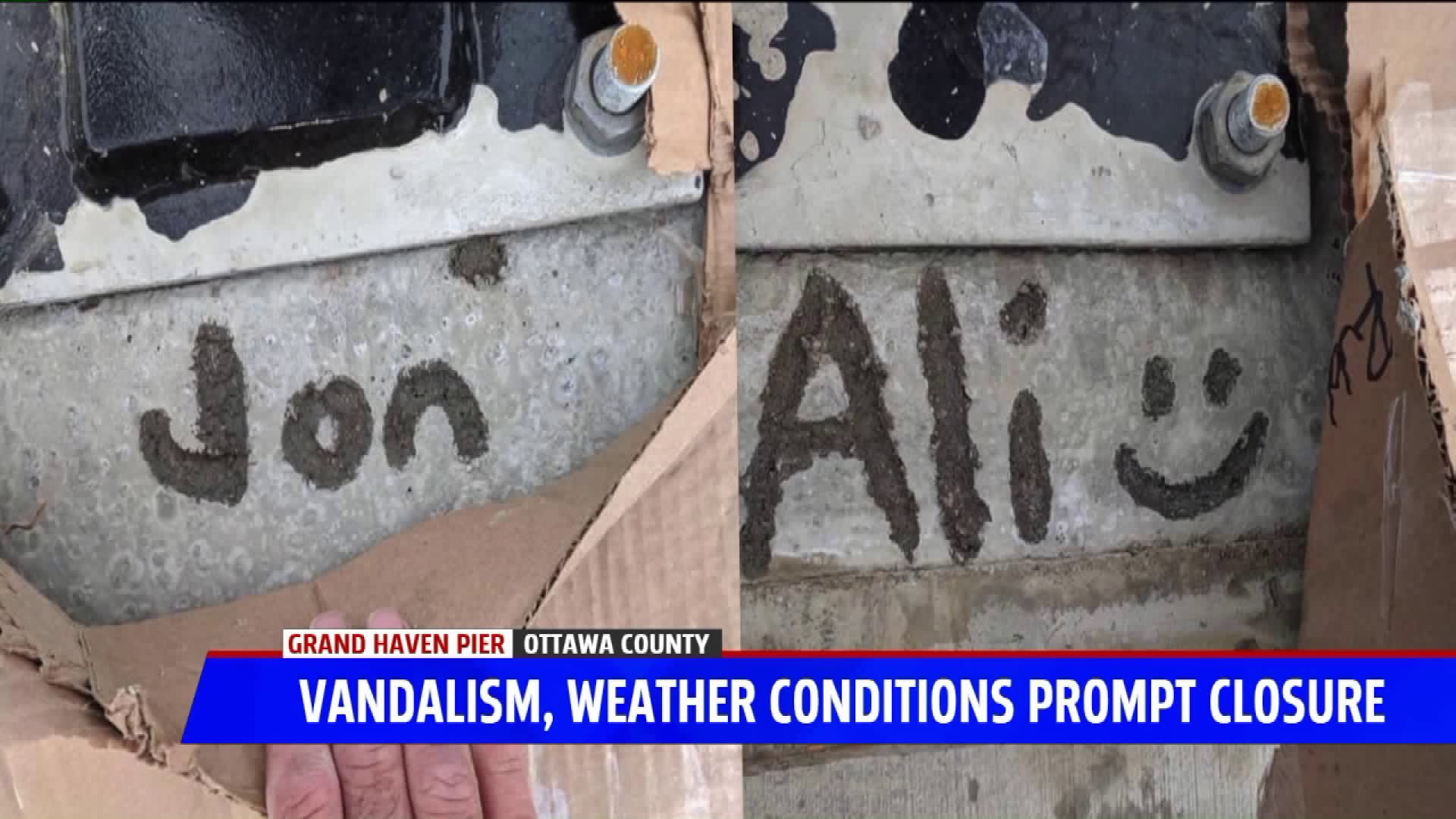 "We need dry weather, they have to pour concrete they have to wield they're going to hold off until they can get two or three days in a row," says Grand Haven City Manager Pat McGinnis.

But, two or three consecutive days of low water levels and good weather hasn’t been easy to find, slowing down a process that was supposed to be finished in July.

Now, the company installing that catwalk plans to shut down the pier while crews are working after an act of vandalism.

The pier was shut down and the catwalk was removed in 2016 for a $2.6 million rebuild.

Now crews are finally working to reinstall the catwalk. They originally hoped to keep the pier open during the process, but that’s changing after someone wrote their names in wet concrete this week.

"When we saw it, we immediately got out to the contractor and said, ‘you guys need to be responsible for the concrete while it cures,’" says McGinnis.

The foreman working on the project tells FOX 17 the pier will be closed while crews are out.

"You look out there they're about halfway and we're in the middle of June, so I was, we were a little ambitious," McGinnis says. "They have been getting out there whenever they've got calm waters and clear skies and have made quite a bit of progress, they're just about halfway done and we're sure it'll get done this summer."

The catwalk is now expected to be done in mid-August. McGinnis says there will be an announcement and celebration along with its opening.