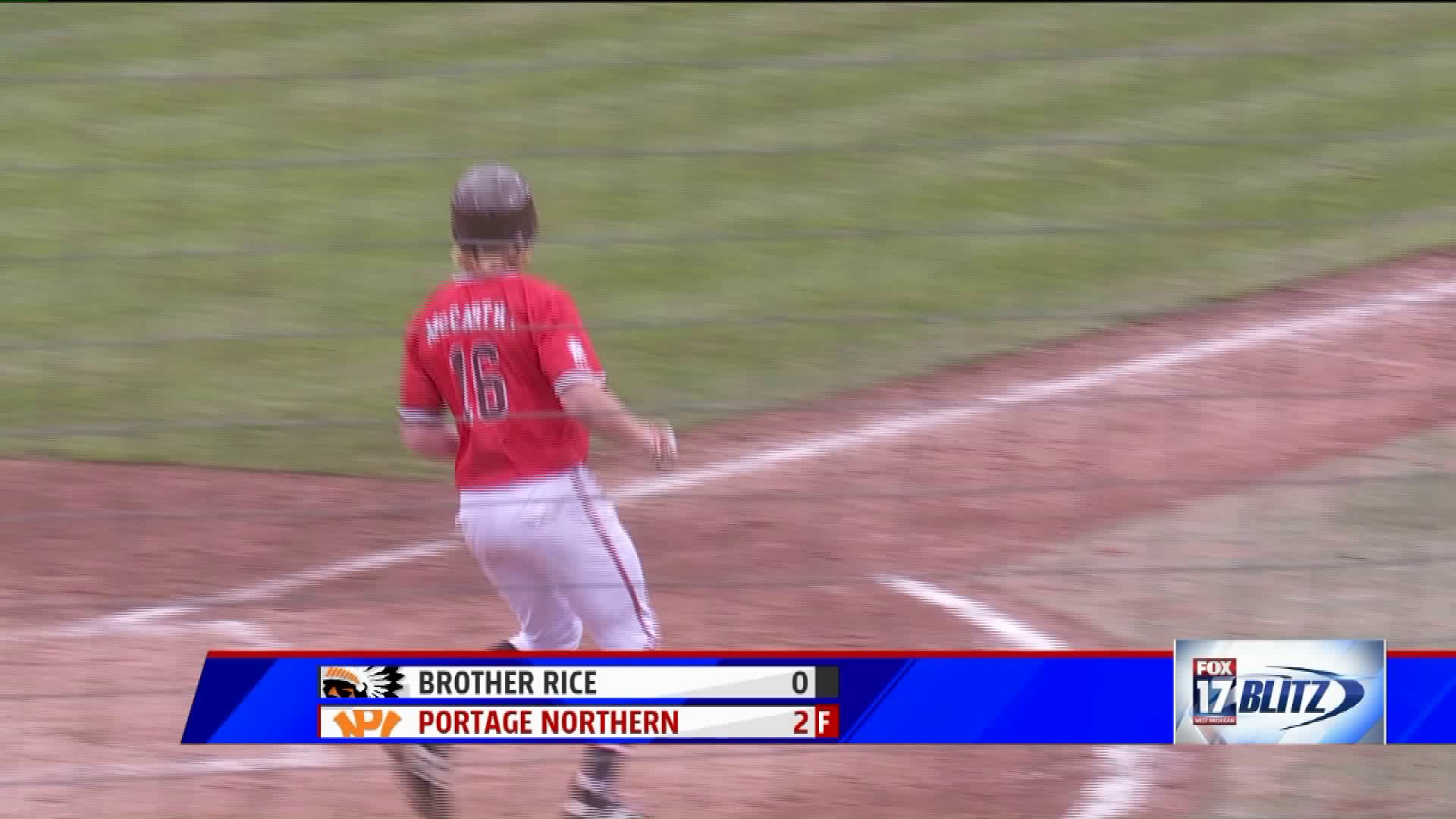 "I knew they were a pretty good hitting team coming in" French, who struck out six and did not walk a batter, said.  "Just mixing up pitches and speeds like I have been doing and we got the good outcome."

Brother Rice starter Tyler Sarkisian was good too as the game went to the bottom of the sixth inning scoreless.

That's when Nolan McCarthy delivered a triple to right-center scoring Tyler Helgeson, who was on after a beautiful bunt single, to give Northern a 1-0 lead.

"It means a lot to be able to come through in that situation and we have one more day with the team" McCarthy said.   "Just excited to do what we know we can do and keep playing.

McCarthy later scored in the sixth after a throwing error at second base to extend the lead to 2-0.

"Our pitchers are shoving and players are making plays behind us" McCarthy continued.  "Our offense will come around it is just amazing to be in this situation."

Portage Northern returns to the division 1 state championship for the first time since 2015, the Huskies will play Rockford at 9 a.m. Saturday at McLane Stadium.