Rockford walks off with state semifinal win against Macomb Dakota 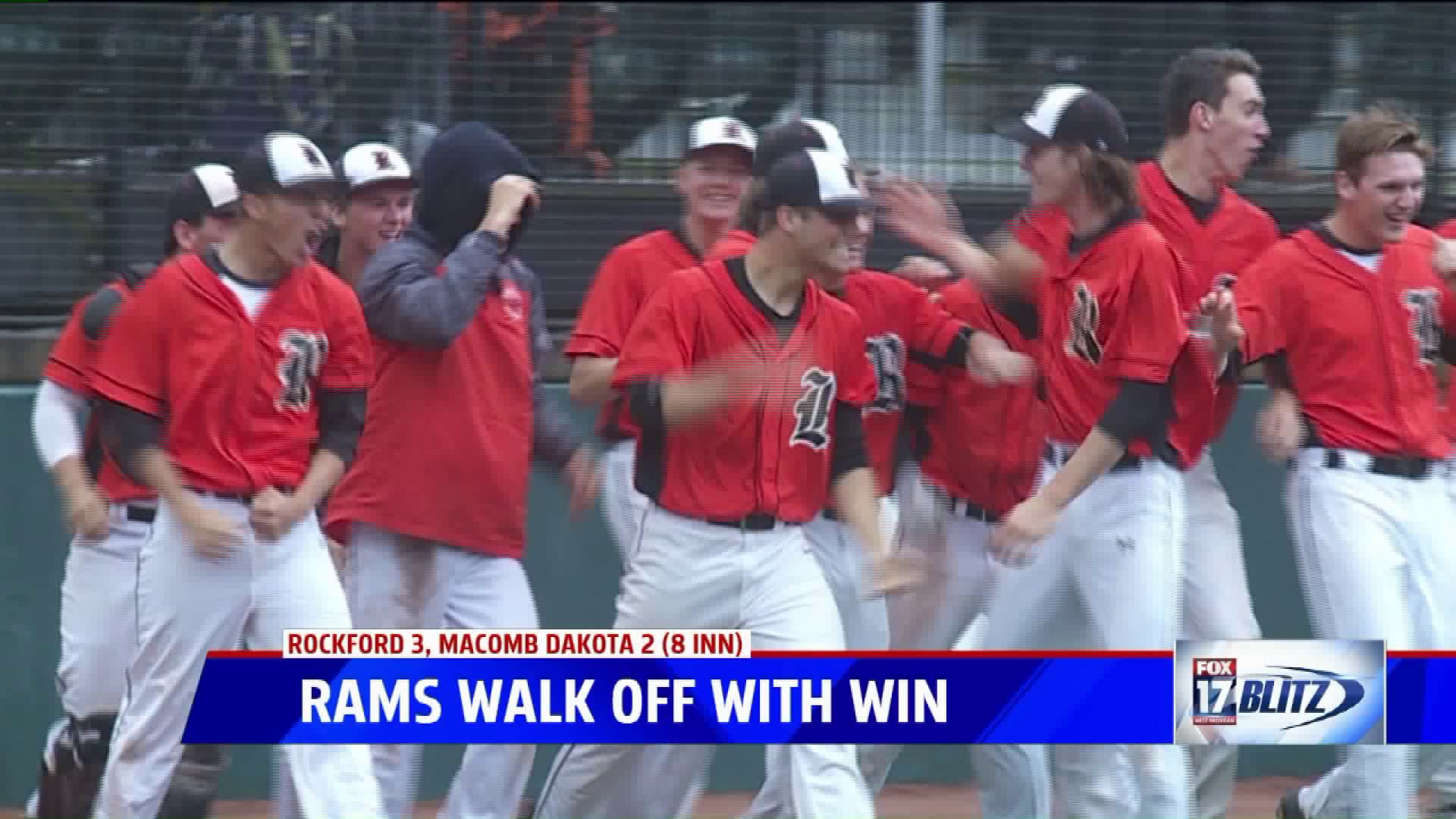 EAST LANSING, Mich -- Rockford sophomore Luke McLean scored the game-winning run in the bottom of the 8th inning as Rockford beat Macomb Dakota in a division one baseball semifinal at McLane Stadium.

"Best part for me is getting my seniors to play another game" McLean, who was also the game's winning pitcher after throwing two scoreless innings of relief, said.  "I love my teammates so much we are like family and when I scored that winning run it was just all awesome for my seniors!"

With runners on 1st and 2nd, Owen Cairns hit a slow grounder to third and beat the throw to first and McLean came around to score from 2nd base.

Rockford walks it off in the bottom of the 8th to advance to the state championship game! pic.twitter.com/0lLkclURjW

"This means the world to us we have been working hard all season just competing our hearts out" Rockford catcher Cody Sterkenburg, who had two hits and drove in a run, said. "Everybody made a solid effort today in this win. It is still so amazing that we came this far and I am just happy to be here."