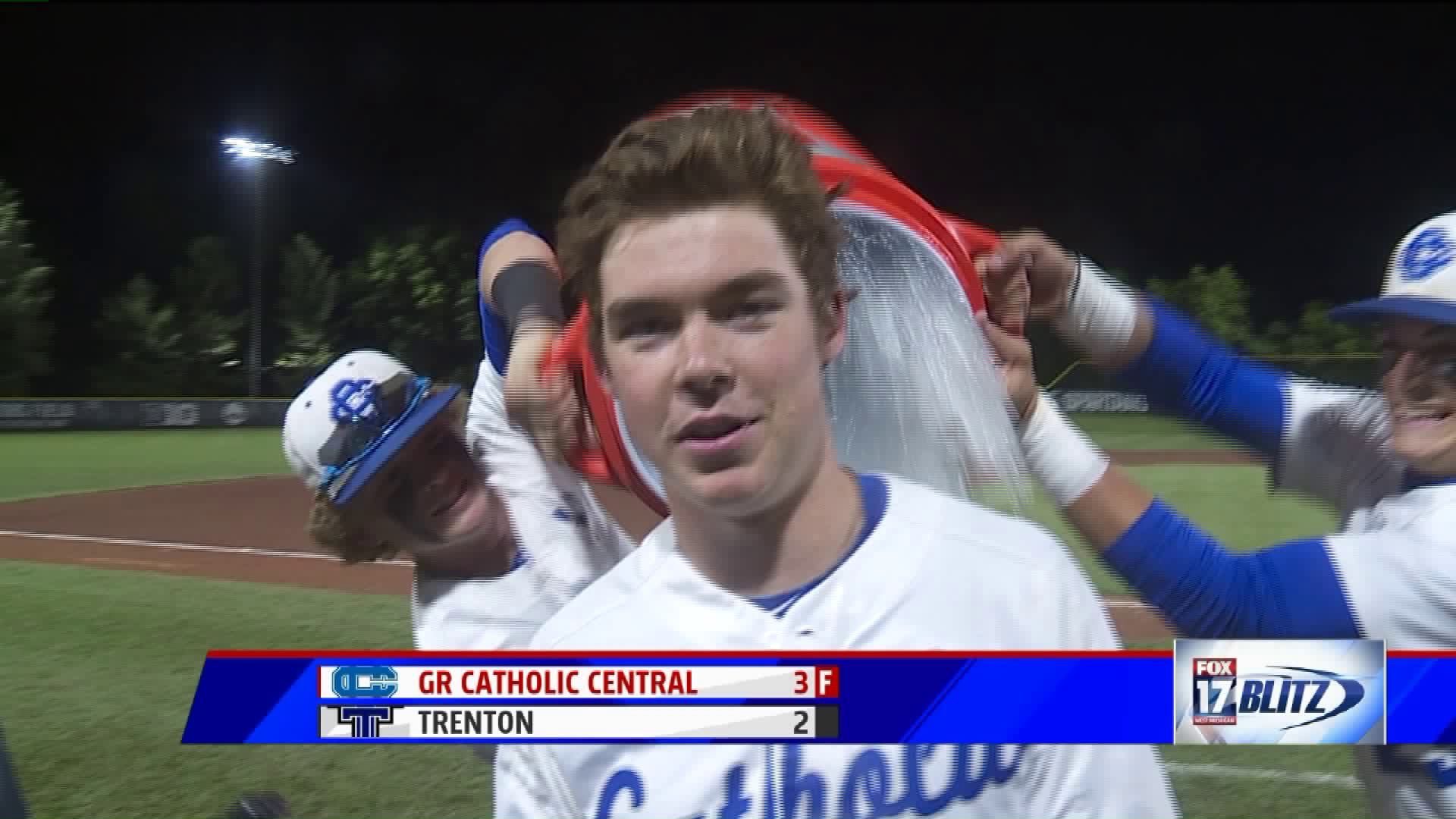 EAST LANSING, Mich -- The state semifinal between Grand Rapids Catholic Central and Trenton began later than expected due to earlier rain in the day. Despite that, the Cougars were ready to play. Trailing by a run in the second inning, nine-hole hitter Brenden Leonard would come through with a single to left field to tie the game at one.

In the fifth, still tied at one, Kyle Tepper delivered with a single to give Catholic Central the 2-1 lead. Later in the seventh inning, tied at two, Luke Passinault would hit a ground ball up the middle resulting in a run scoring on a wild throw to give the Cougars a 3-2 lead. Joe Collins would come in to pitch the bottom of the seventh and shut the door, striking out the side as Catholic Central advances to the state championship game.