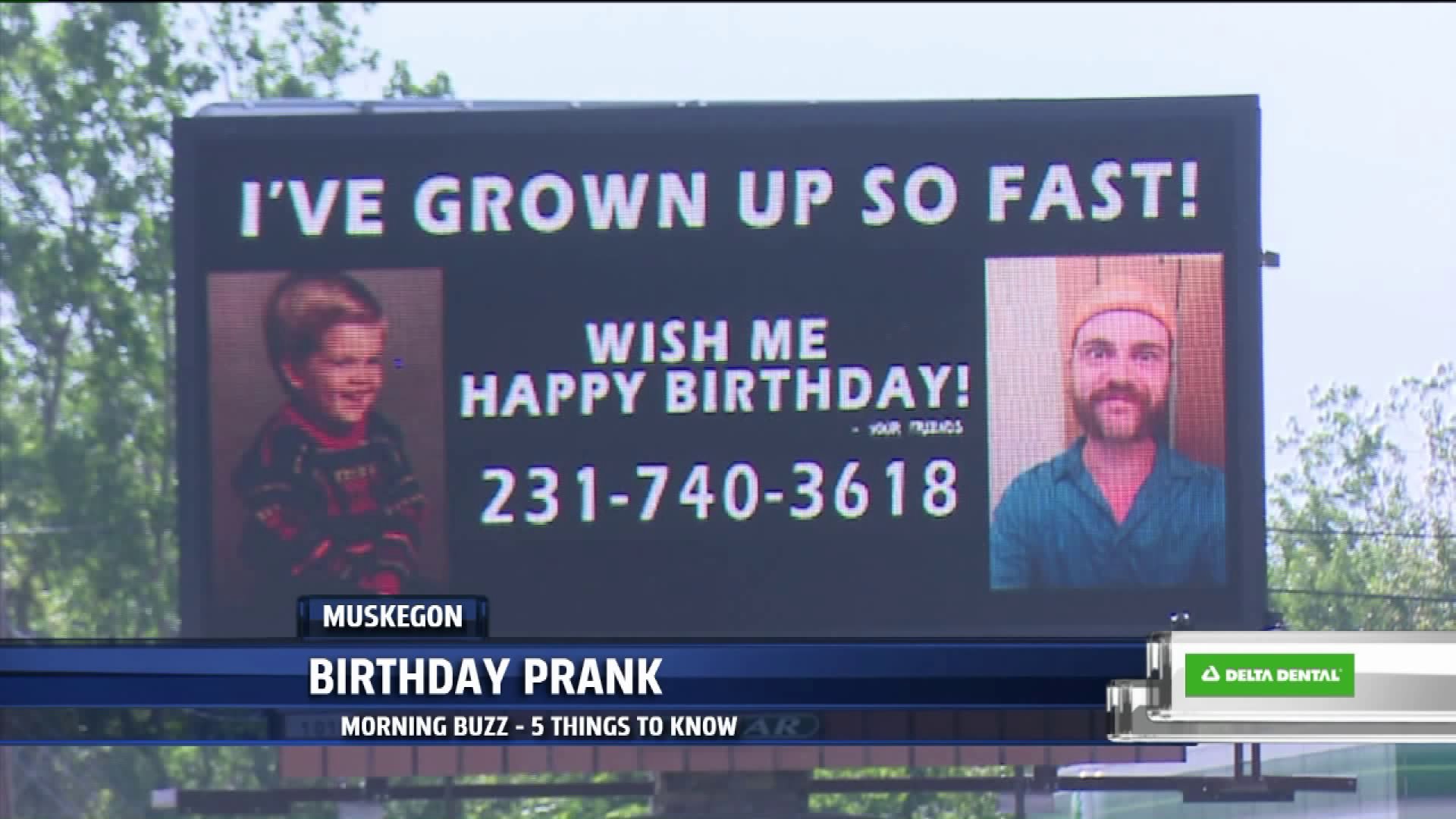 1. Crews started on the $6.9 million bond project at Holton Public Schools this week.

The goal is to renovate the building, help with traffic challenges, as well as replacing roofs and mechanical systems.

The improvements are expected to be a year-round process.

2. Today is National Flip Flop Day, and people can celebrate with a free smoothie!

Tropical Smoothie Cafe will offer a free 16-ounce drink to customers. Just stop in from 2-7 p.m. at participating locations and make sure you're wearing flip flops.

Customers will have the option to choose from mango, banana, orange, pineapple and orange juice.

While it's free, customers are also encouraged to leave a donation during their visit with all proceeds going to Camp Sunshine, a Maine retreat for children suffering from life-threatening illnesses.

3. One man is celebrating his birthday with the help of hundreds of strangers this week. It's all due to an amazing prank his friends pulled on him.

Greg Johnson is celebrating his 32nd birthday with hundreds of people reaching out to wish him well. That's because his friends put up billboards in Muskegon showing a picture of him as a kid, next to a picture of him with a ridiculous mustache, along with his cell phone number asking passersby for birthday wishes.

There are two billboards: one is on Apple Avenue and another one is on 31 South.

4. If you find yourself in a pickle for a snack, you may want to take a trip to Trader Joe's.

The grocery chain introducing a new salty treat for summertime. "Popcorn in a Pickle" is just right for cookouts, watching baseball or sitting by the pool.

It's not really popcorn inside a pickle, but rather it's a pickle-flavored, pre-popped popcorn.

At just 150 calories in a 2-cup serving, it's perfect for pickle fans craving a crispy snack at just 99 cents a bag.

5. Taylor Swift may need to calm down after the singer's latest announcement. Taylor dropped a new single and the release date for her new album.

She dropped the new single at midnight called "You Need To Calm Down."

Critics say the track couldn't come at a better time than Pride Month since it's about equality and bashes homophobia.

Earlier Thursday, Swift took to her Instagram and revealed her next album's title, which will be "Lover" and will have 18 songs on it.

The cover art features a bright color scheme, with Taylor wielding a glitter heart around her eye. It will be released on August 23.