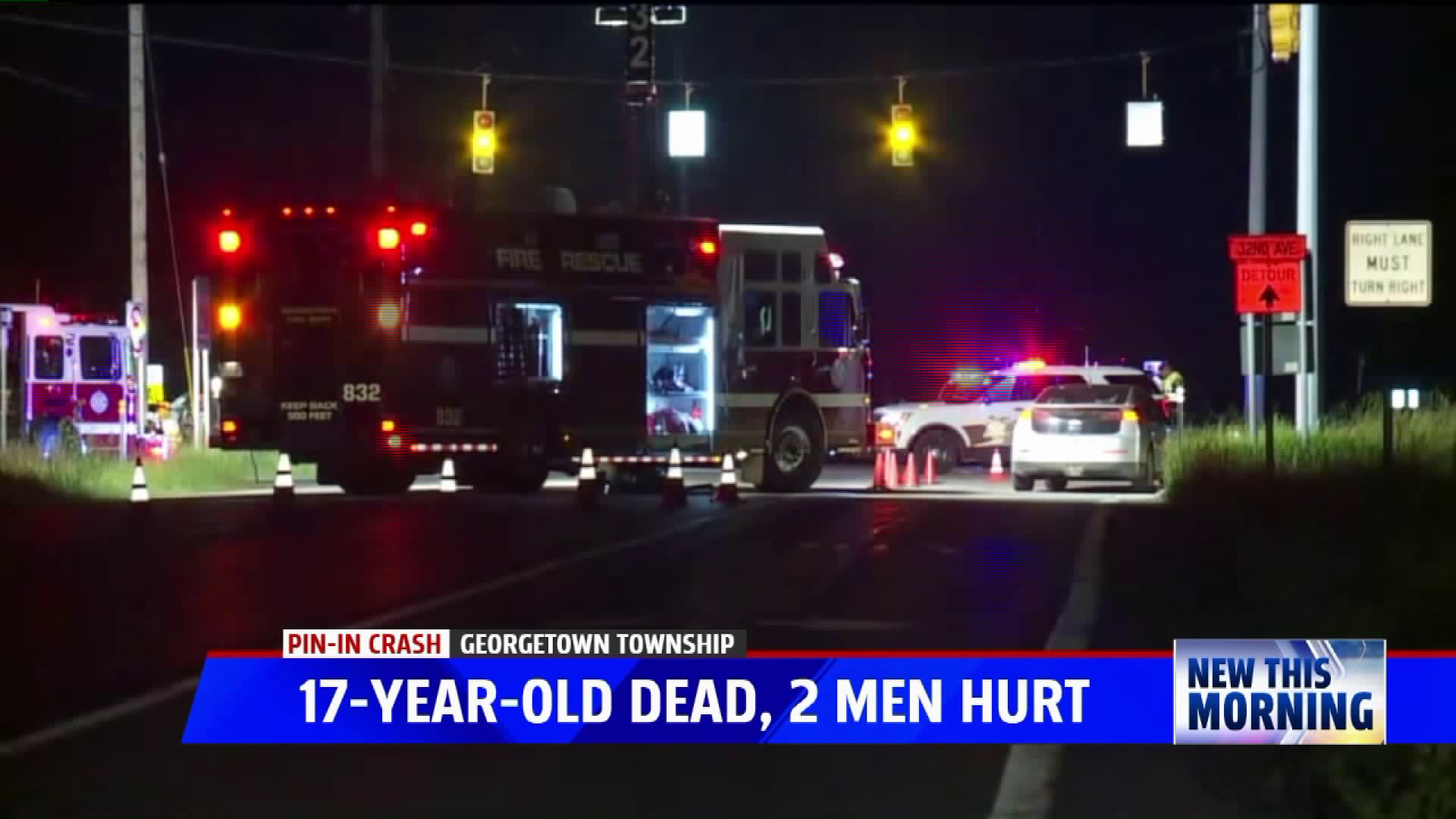 GEORGETOWN TOWNSHIP, Mich. -- A teenage girl is a dead and two people are seriously hurt after a two car crash.

A 17-year-old Georgetown resident Sydney Carfine was driving a Saturn sedan southbound on 18th Ave when she blew past a flashing red traffic light.

At the same time, a GMC Sierra driven by a 52-year-old man and 28-year-old man from Texas entered the intersection via Chicago Dr, striking the Saturn on the driver's door, pushing it into a power pole in the median.

Fire crews worked to get both drivers and the passenger out of their vehicles before taking them to Butterworth Hospital for serious injuries.

Carfine was later pronounced deceased while the two Texas residents are in stable condition.

Deputies say the westbound lanes of Chicago Dr will remain closed until they complete their investigation.

Ottawa County Central Dispatch says one person was pinned inside a vehicle late Friday night after a collision on westbound Chicago Drive at 18th Avenue.

It happened around 11:10 p.m. Friday, in Georgetown Township. FOX 17 dispatched a crew to the scene shortly after the crash.

Dispatchers tell FOX 17 a truck pulling a trailer rolled over after a collision with another vehicle. Initial word from the field was that there may've been three injuries, according to Central Dispatch, with one person pulled out of the wreckage around 11:30 p.m.

No information was available about the severity of injuries.

However, a medical chopper initially was launched to respond to the scene, before being called back in favor of a ground response moments later.

A Georgetown Township rescue crew was on the scene, according to dispatch authorities, along with Ottawa County Sheriff's deputies.

Specifics about how the crash occurred were not available late Friday night.