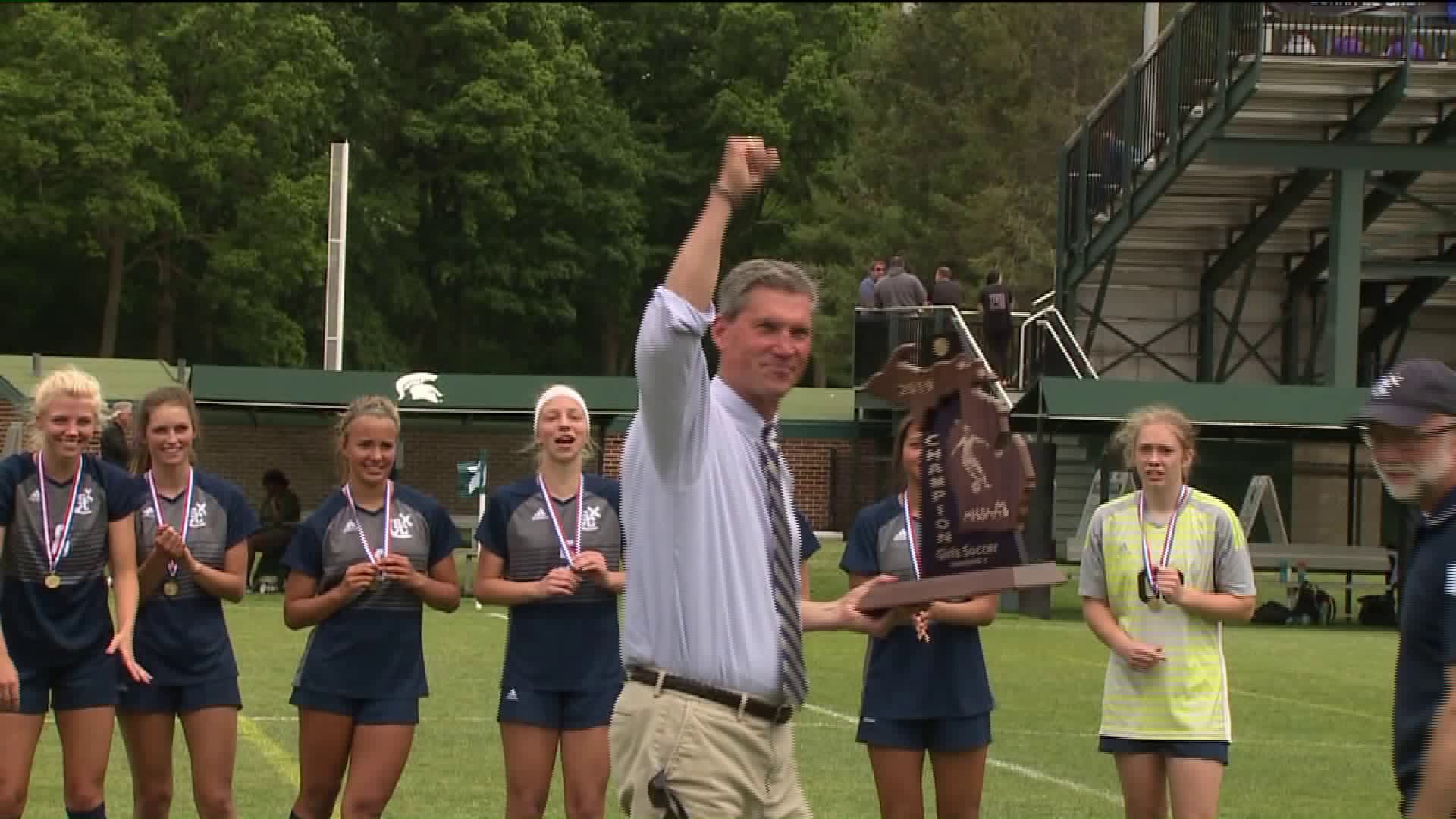 "We get bagels if we get shutouts" senior goalie Annika Zuverink said.  "So that is a motivation for that, because we like bagels."

The Sailors outscored their opponents 23-0 in the state tournament, seven shutouts in the playoff alone.  That is a lot of bagels.

"To keep a clean sheet, it's just so much easier to win when teams don't score" Zuverink said.  You don't even give people chances to score. To have that I think it's very impressive and I can't believe we successfully did that."

"We have such a good defense and I trust them so much" senior Joz Van Tol said.  "Every practice we hammer down and practice on defending, covering each other, we do so much and we defend as a team and that's how we do it."

For South Christian it is the second girls soccer state championship joining the 2013 team.