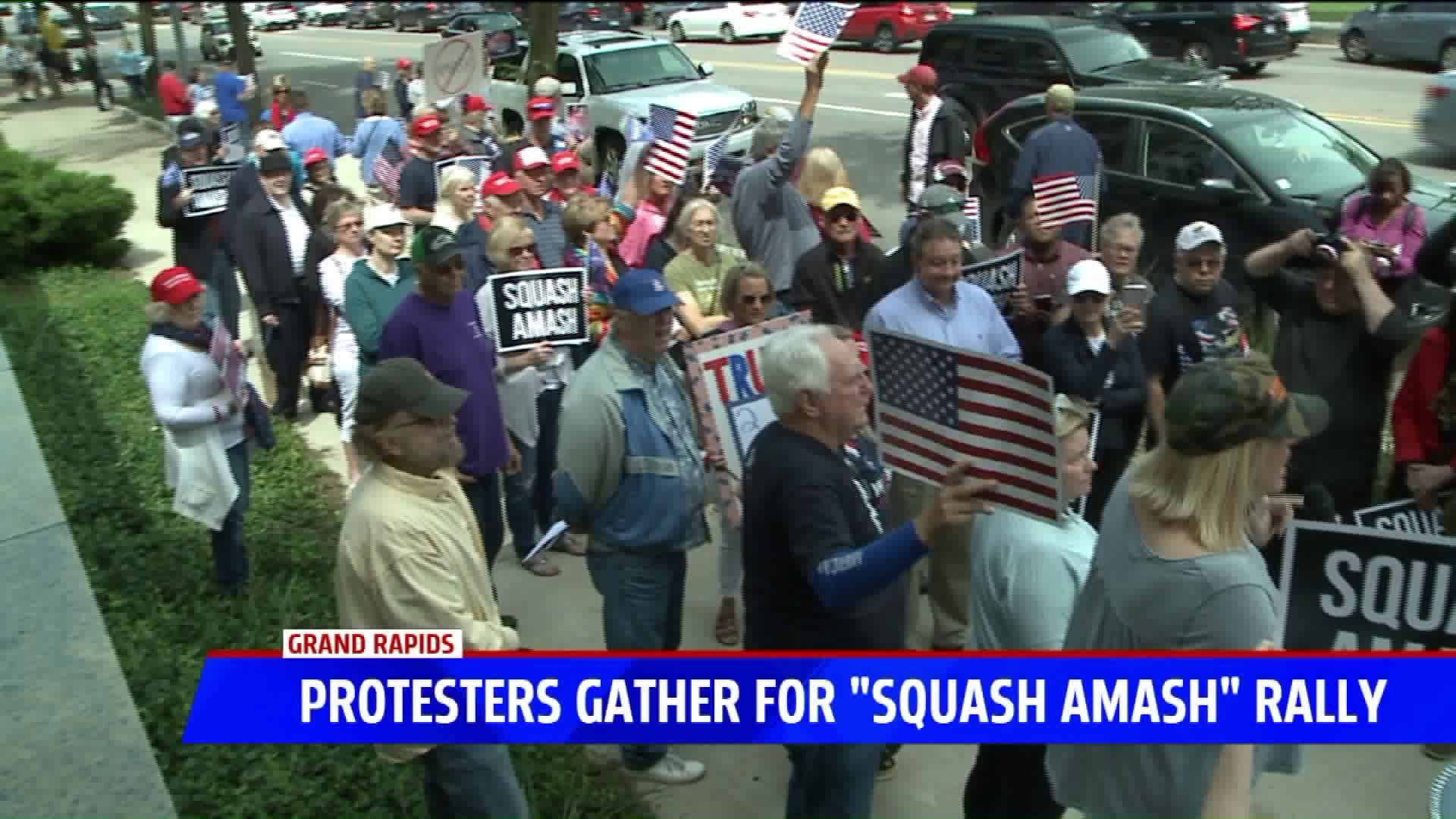 Amash has publicly stated that he believes the president's actions as described in Special Counsel Robert Mueller's Report on foreign influence in the 2016 elections are "impeachable offenses."

The "Squash Amash" protest was purposely held on the same day as the president's 73rd birthday, which is also Flag Day.

The goal of the protest is to put pressure on Amash to resign, something one of the organizers says is a long shot.

“I don’t think he will resign," Meshawn Maddock tells FOX 17.

Maddock helped organize the protest with Michigan Trump Republicans. She says she hesitated at first.

"The only negative of this day is that he loves attention and we’re giving him attention," Maddock says. "That is the only reason I didn’t want to do it."

Amash's stance on impeachment is "the straw that broke the camel's back," according to Jeff Webb, the founder of The New American Populist, a group working to sway voters to support conservative candidates in 2020. Webb and others at the protest say Amash's votes in Congress have been disloyal to the Republican party.

Webb says he hopes Amash will resign, even if it means Michigan's 3rd District will be unrepresented until a special election replaces him.

“I think, I think we’ll take our chances," Webb says. "I think we can find a number of great people in the district to represent the district the right way.”

Trump, and his supporters, have ratcheted up opposition to Amash and two candidates have come forward to run against Amash in the 2020 Republican Primary, Jim Lower and Tom Norton.

A small number of supporters of Amash were also there, including Grand Rapids voter Tom Horrigan. He says he wants leaders who follow their conscience.

“He has to follow what his conscience tells him to do and that’s what he’s doing," Horrigan tells FOX 17. "I don’t want someone that’s gonna be a ‘yes’ man.”

Amash's office has not responded to FOX 17's request for comment on the event.