Another round of widely scattered showers for Father’s Day 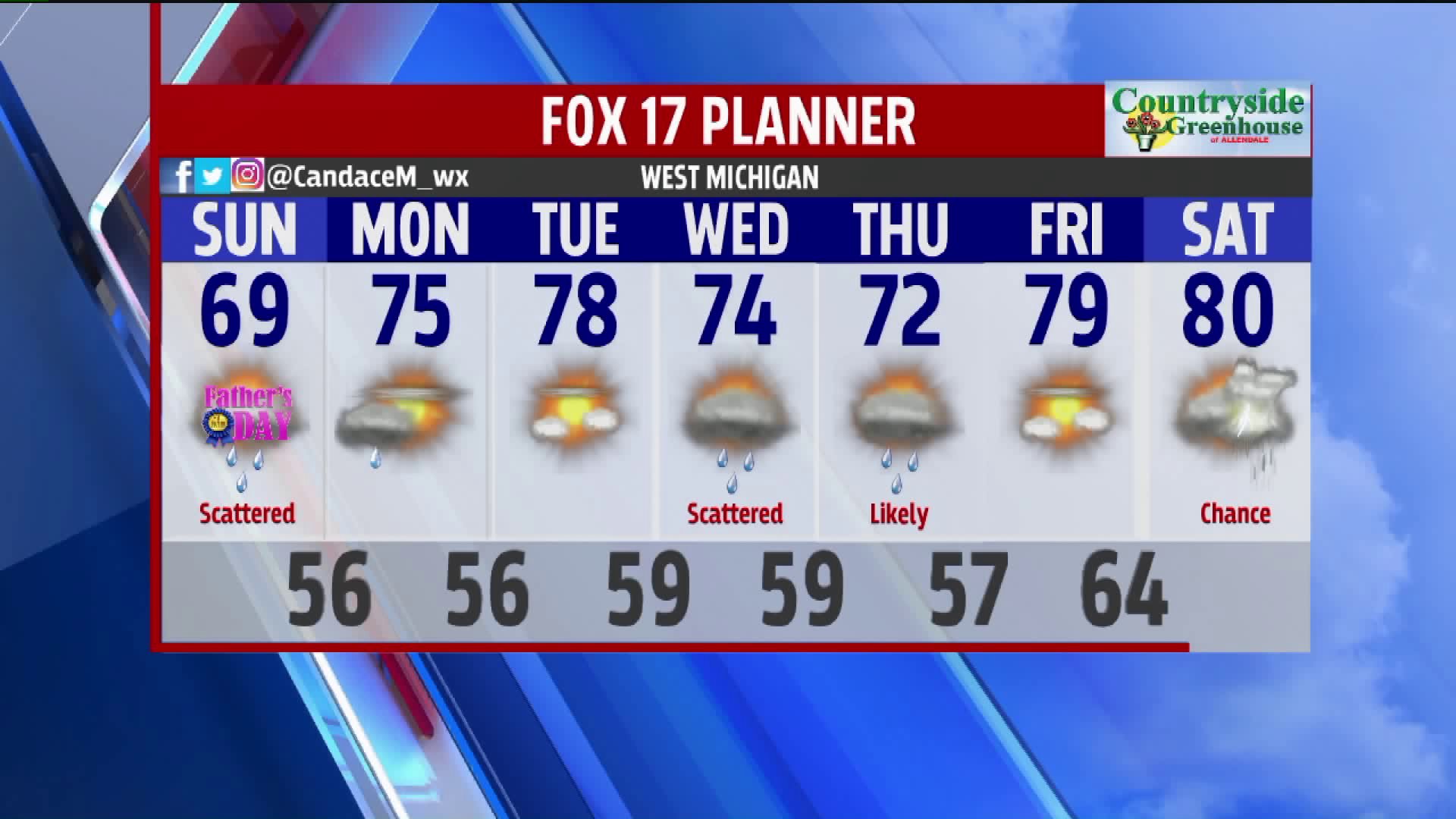 WEST MICHIGAN -- Father's Day will likely offer up a few showers under mostly cloudy skies. The clouds and occasional rain shower will once again likely hold numbers down just a bit from normal. Temperatures top out in the upper 60s while might try to push into the lower 70s on Sunday.

Monday also maintains a fair amount of clouds though some intervals of sun can poke through from time to time. Because of this we look for numbers to climb into the low to mid 70s by day's end. Still an isolated shower cannot be completely dismissed particularly during the afternoon hours. Tuesday appears to be the best day of the next seven as our chance for rain will be the lowest. Partly cloudy skies and warmer temps set sail for the upper 70s.

A new chance for showers arrives Wednesday into Thursday as the next weather disturbance in a zonal type of flow pattern passes nearby West Michigan. A bit of a warming trend tries get going into next weekend and that may result in a better chance for scattered thunderstorms at that time. The extent of any warm push is in question, however, due to inconsistencies in the models so we will have to keep a close eye on this going forward. Nevertheless, there is a signal from some typically stronger modeling that the end to this month of June may begin to show a shift toward a warmer pattern for the month of July.