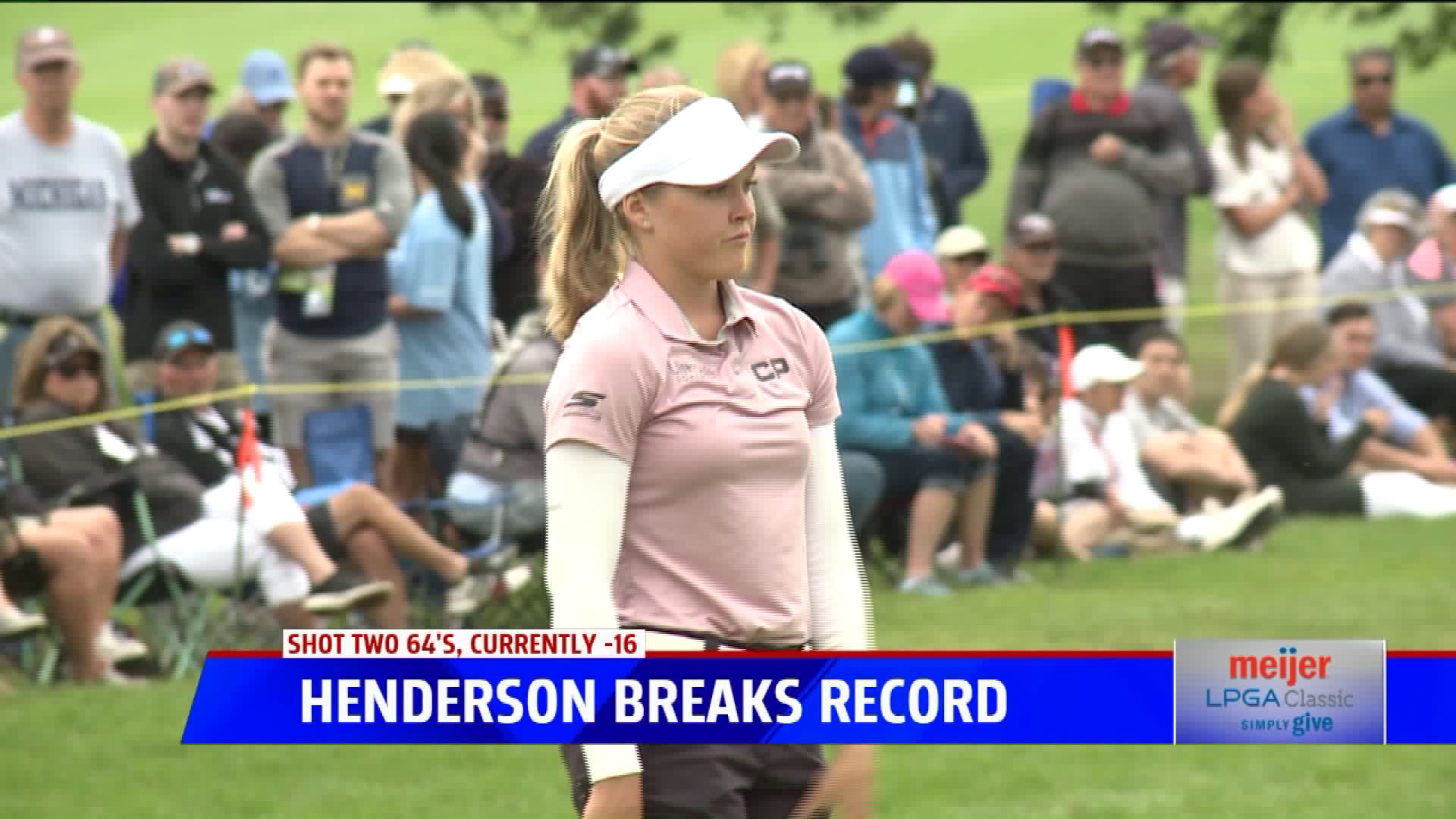 "To shoot scores like that you have to have everything working for you and you have to get some breaks as well which I did," Henderson said.

After a seven hour rain delay on Thursday, Henderson's opening round was cut short but she ended it with a hole-in-one before darkness would suspend the round.

"I think finishing well last night and finishing with a hole-in-one before going to sleep was really exciting for me and I was able to back it up this morning which was cool," Henderson continued.

Henderson was able to birdie five of her last six holes of the day on Friday which led to back-to-back 64s in the tournament.

"This afternoon, I tried to make more birdies and see what I could do, kind of got on a run on the back nine which made it even more fun."

Henderson, a 21-year-old Canadian, has blossomed into a star on the LPGA tour and has shown how dominant she can be in the first two rounds here in West Michigan.