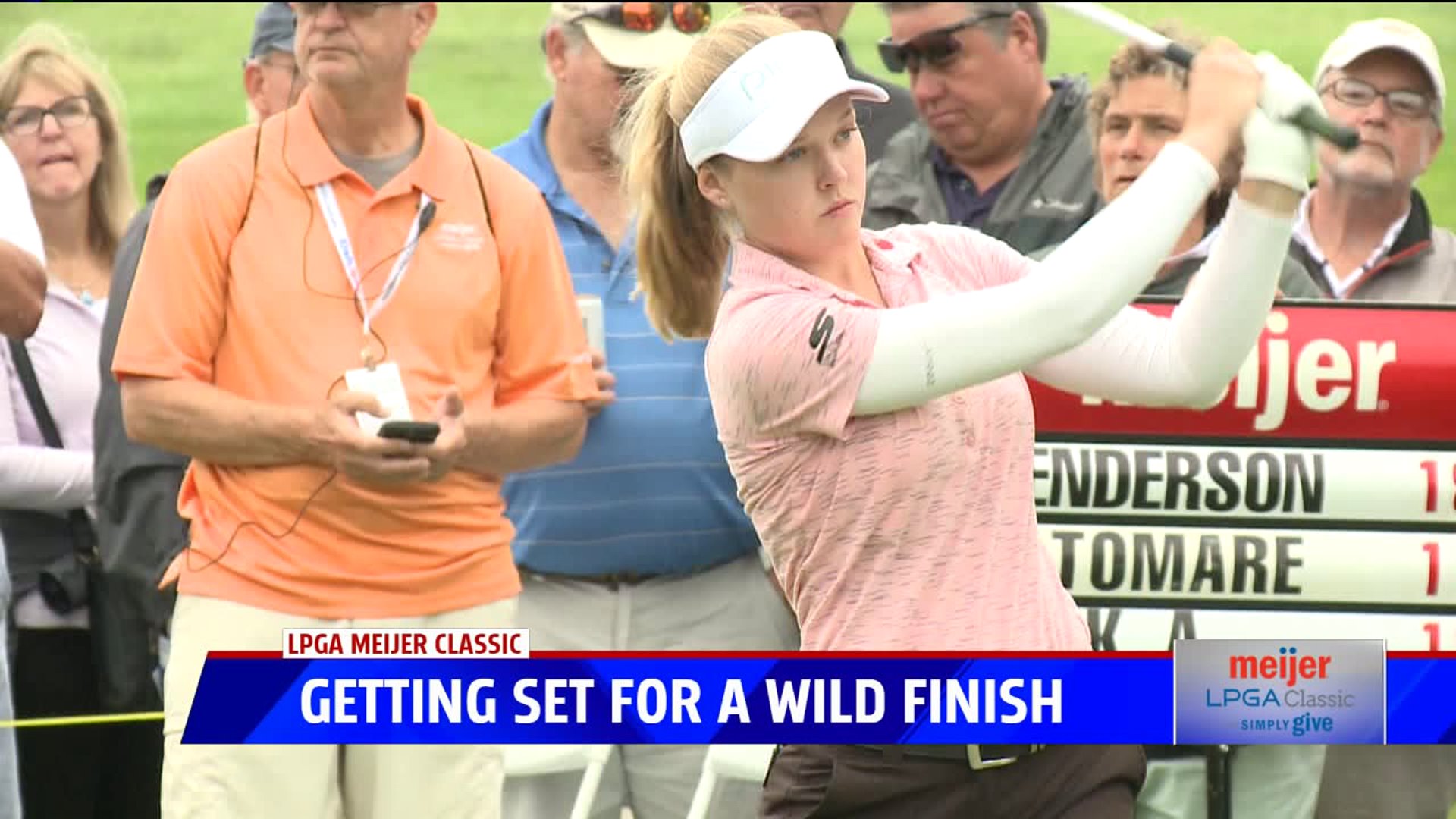 GRAND RAPIDS, Mich -- After setting the opening two round classic record with back-to-back 64s, Brooke Henderson shot a three-under par 69 in the third round on Saturday. Meanwhile, 24-year old Annie Park shot another 65 in the third round to pull within two strokes of Henderson who finished at 19-under par. Fan favorite Lexi Thompson would also shoot round of 62 to pull within three strokes of Henderson at 16-under.

"It's awesome, I saw Lexi had a great round today," Henderson smiled after her round, "and Annie is always a lot of fun to play with as well. It will be really fun for us, especially with all of the great crowds that have been here all week, having so many players at the top of the leaderboard it will be an exciting finish."

"I think it will be great," Park says, "it's great for the tournament and to have the crowd out here. I think that's awesome and I can't wait to play with them tomorrow."