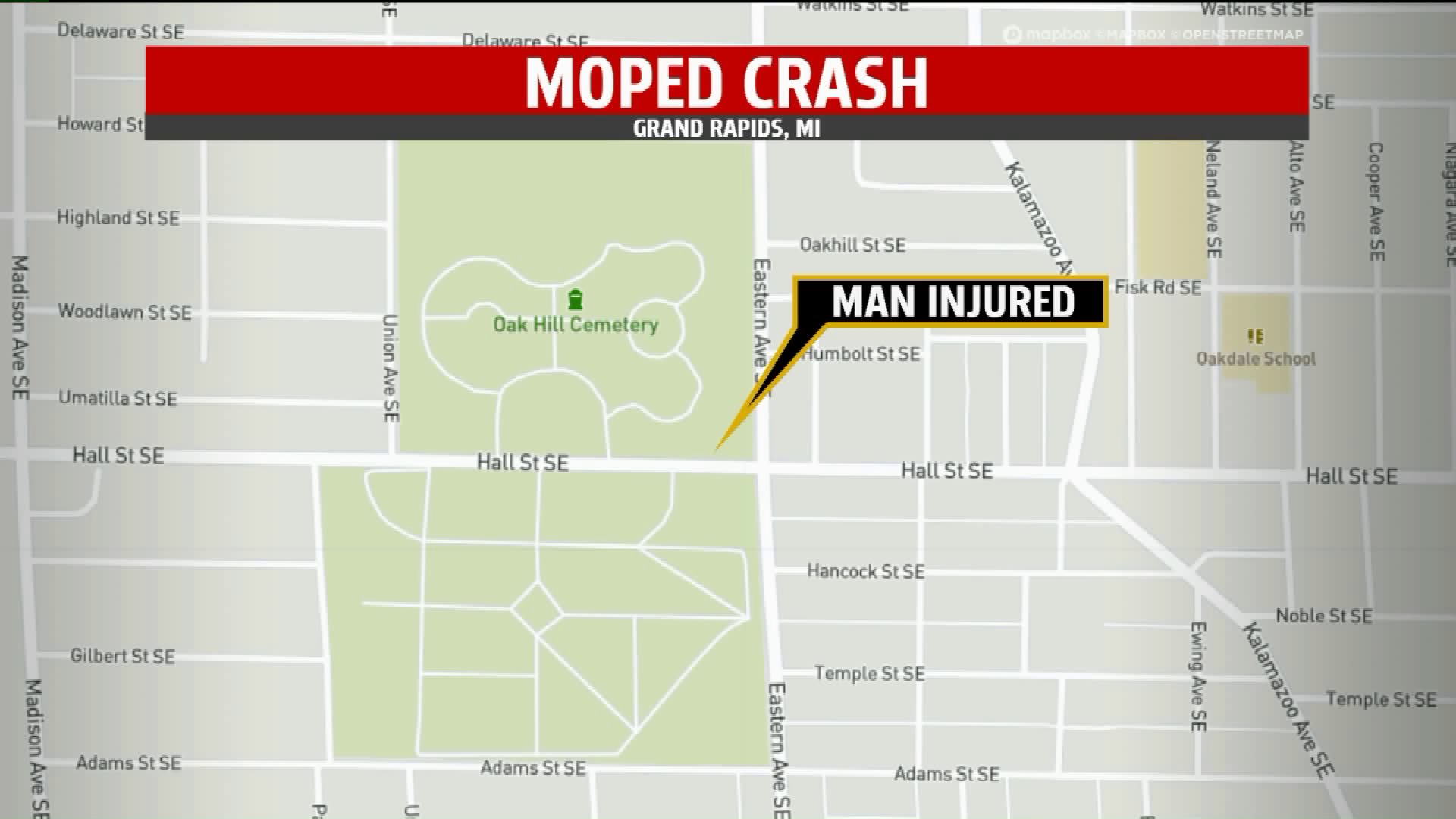 UPDATE: The moped rider injured in the crash below has died and the driver has turned himself in to police.

Shortly before noon Sunday, Grand Rapids Police said that 10 hours after the crash the fleeing driver turned himself in.

At 9 a.m. Saturday, the adult male driver in the fleeing vehicle surrendered to Grand Rapids Police investigators. The vehicle he was driving was located, and the driver was arrested. His charges will be finalized once the Kent County Prosecutor's Office has a chance to review the case.

The moped victim then died from his injuries at about 7:45 p.m. Saturday at a local hospital.

Investigators anticipate releasing the identity of both drivers once they can confirm that the victim's family has been made aware of his death and the prosecutor authorizes official charges against the fleeing driver.

GRAND RAPIDS, Mich -- A man has been hospitalized, in serious condition, after a hit and run crash involving a moped.

They say a vehicle was traveling south on Eastern Ave, and suddenly turned left onto eastbound Hall ST. colliding with a moped. The vehicle fled the scene without stopping, before emergency services arrived.

The fleeing car is described as a possible Honda, blue, 4-door sedan. It maybe missing a mirror, and may have front or passenger-side damage.

The 33-year-old rider of the moped was taken to the hospital in serious condition...his name is being withheld pending family notification.

The crash remain under investigation.