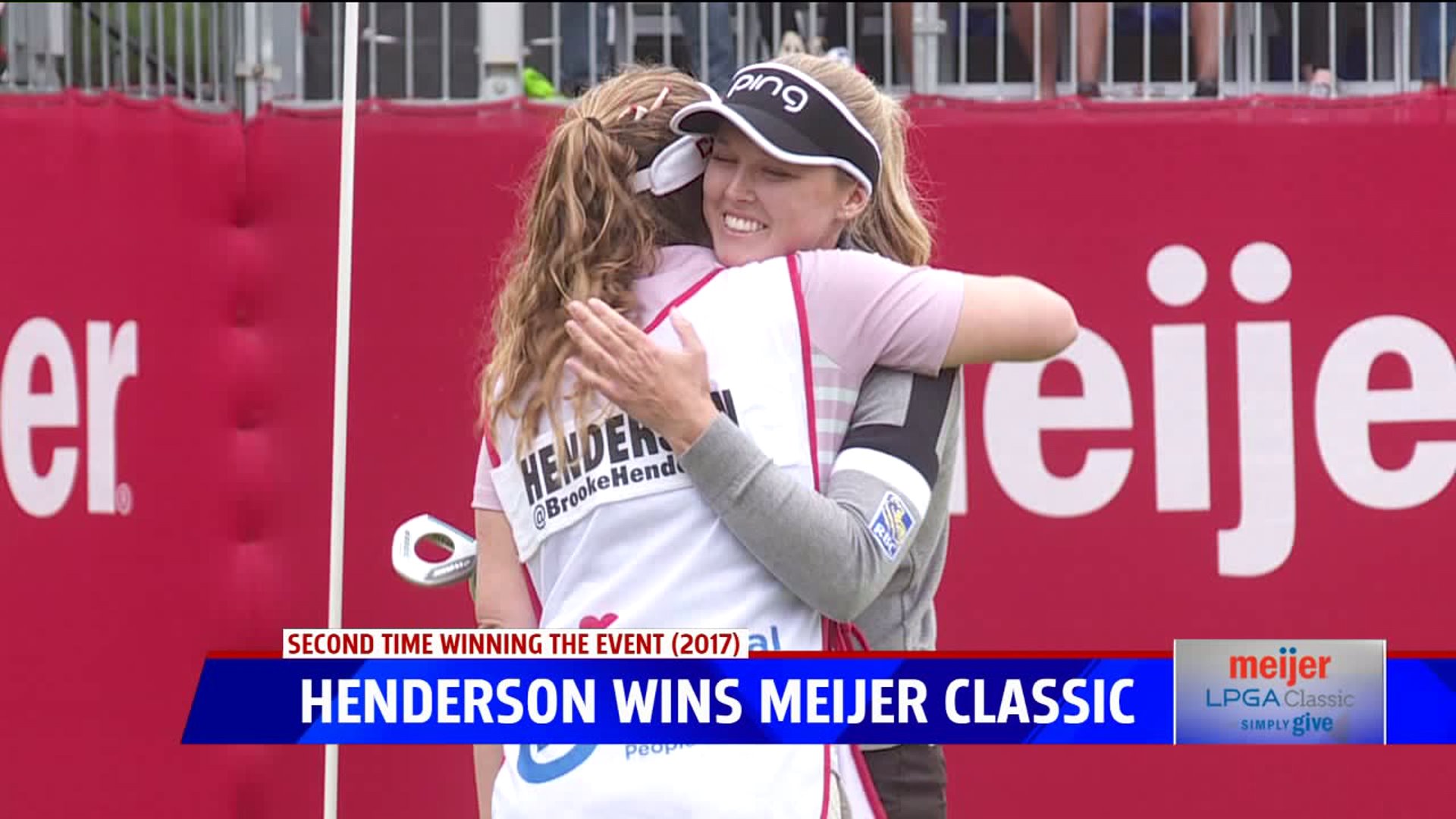 GRAND RAPIDS, Mich -- 2017 LPGA Meijer Classic winner Brooke Henderson has done it again after shooting two-under par in Sunday's final round to finish at 21-under for the tournament. After her win, on the 18th green, her dad would shower her in champagne on Father's Day.

"It's really special," Brooke Henderson said after the win, "I'm so glad my mom and my dad could be here to see my sister and I win this. It's always special when they're here, especially on Father's Day and to have that celebration in front of my family and the incredible fans that were here all week is really awesome."

"It's fantastic," Brooke's father, Dave said, "Brooke is very special and she's a special golfer, it's her third time winning on Father's Day for me, it motivates her and it's a special day and Brooke is a special person."

For the Henderson family, golf truly is a family affair with Brooke's sister, Brittany as her caddie.

"We value family very high in life," Dave said, "right behind good health, family is right at the top for us."

Henderson says winning the event a second time is a little bit different than the first.

"I mean every time I feel this tournament has a packed leaderboard and you have to make a lot of birdies to stay ahead of everyone," she smiled, "it gave me confidence knowing I've done it before on this golf course. I tried to make birdies and didn't make as many as I wanted but it was just enough."

After entering the final round at 19-under par with a two stroke lead, Henderson felt confident going into Sunday.

"I felt good this morning, I felt confident, I felt like I put three solid rounds of golf together the past couple days. I knew if I could stick to my game plan and hit a lot of fairways and greens then hopefully birdies would fall. I thought that the scores would be a lot lower today in terms of me getting it further under par to have to get the win but with the wind I'm happy with two-under and happy to get the job done."

Sunday's win also marks a special milestone for Henderson as well as she becomes the all-time winningest golfer in Canadian history.

"It's really cool," Brooke said with a smile, "earlier this year, to get my eighth win and to tie the record was a huge deal for me so to get that is really special for me and i'm just really excited for the rest of this summer and hopefully many more wins in the future."

"Brooke has become the best golfer in Canada all-time, male or female with the ninth win and she had things pushing her, with it coming on father's day it makes it extra special," her father Dave added.