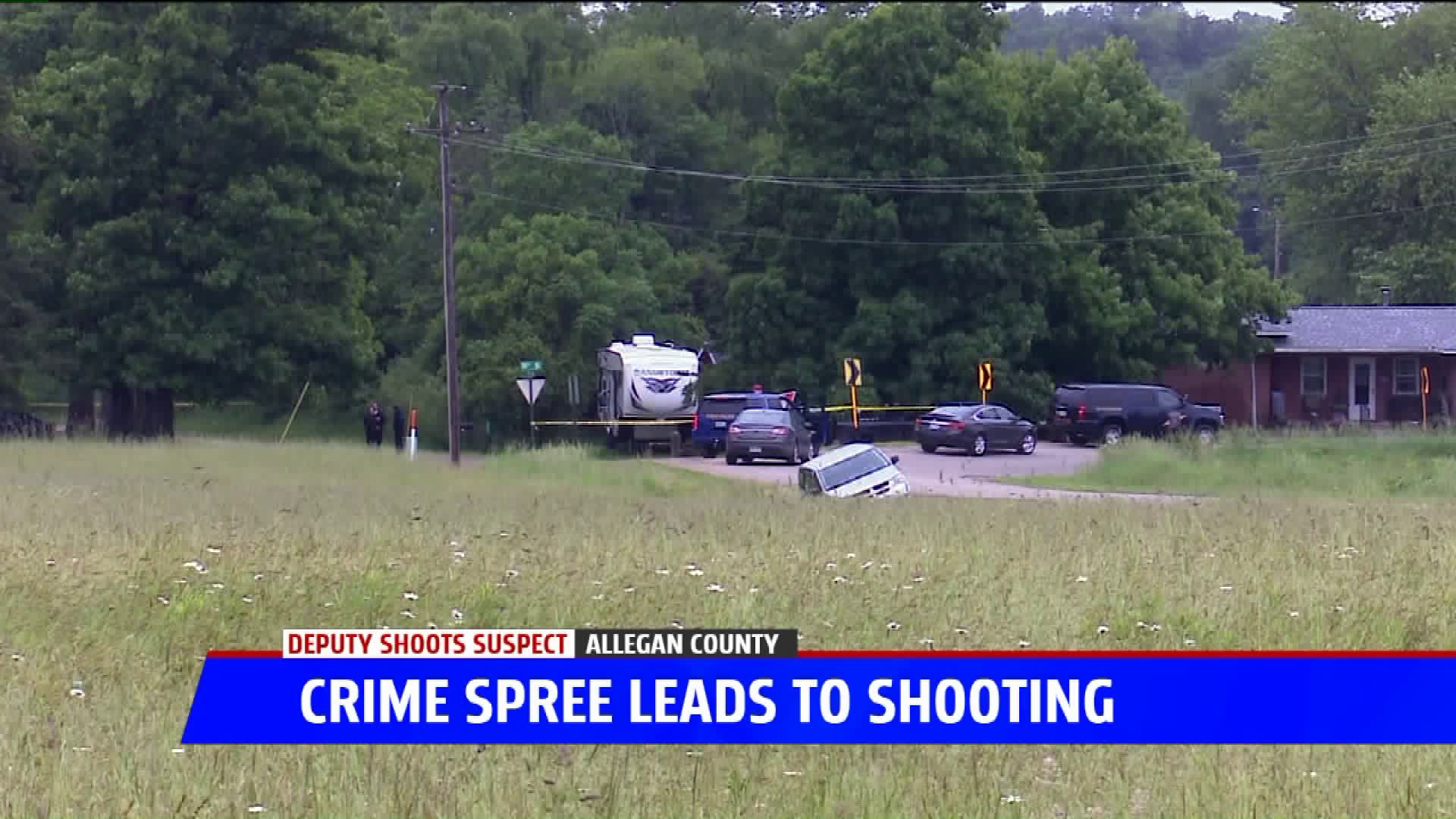 ALLEGAN COUNTY, Mich. -- A man is hospitalized after a two-day crime spree that ended with him being shot by Allegan County deputies Sunday morning.

According to Allegan County Sheriff Frank Baker, at 7 p.m. Saturday deputies responded to a report of a stolen vehicle in the Martin area.

Later in the night, the suspect dumped that vehicle and stole another vehicle from the Wayland area. The suspect crashed this vehicle in the around Hopkins.

Deputies attempted a K-9 track, but did not locate the suspect at that time.

“Early hours this morning, this incident really began to ramp up,” Baker said.

At 7 a.m. Sunday, the suspect carjacked another vehicle while armed with an assault rifle. The suspect was reported to be in the area of 128th Avenue and 56th Street in Manlius Township in northwest Allegan County and was shooting at houses.

The suspect then entered a residence and held the occupants at gunpoint while he attempted to steal another vehicle.

Deputies confronted the suspect as he was attempting to leave the residence in a vehicle. The suspect refused to obey commands and was heading back into the house when deputies shot at him.

The suspect was shot by deputies and was transported to the hospital with injuries.  He will be arraigned later this week. He is believed to be responsible for at least five stolen or carjacked vehicles.

Fifteen-year-old Corey Callejas lives just a few houses away from where the suspect was eventually caught. It's in an incredibly rural part of Allegan County.

“I see the swat cars and cop cars flying past, and that doesn’t happen around here,” Corey Callejas said.

Corey says he heard shots fired, but isn't sure how many.

No deputies were injured. Two deputies are on administrative leave as is normal following an officer-involved shooting. Staff involved will attend critical incident debriefing this week.

The investigation is continuing by the Allegan County Sheriff's Office. Michigan State Police is investigating the shooting involving the sheriff's office, something they are always asked to do with an officer-involved shooting.