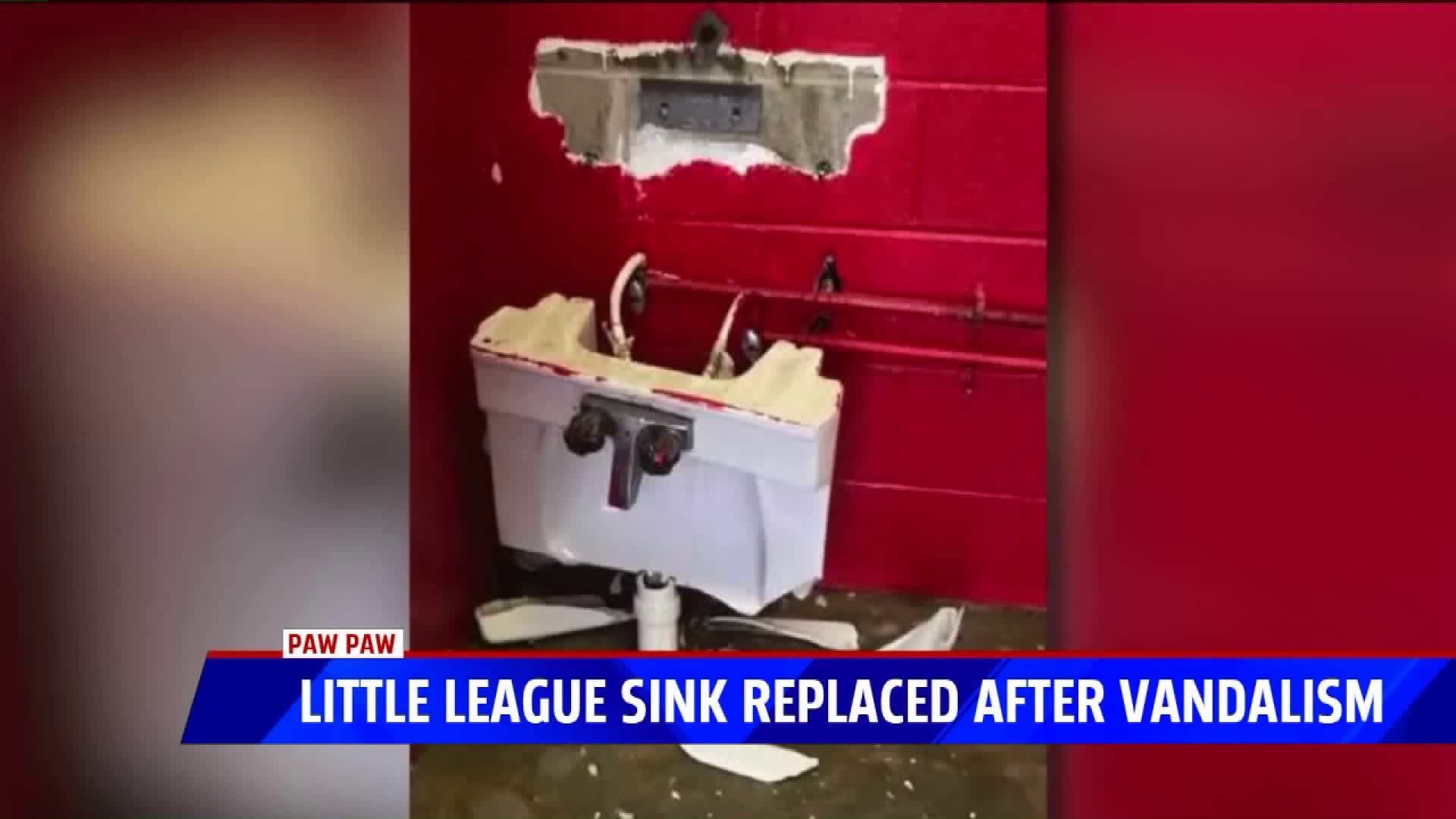 PAW PAW, Mich. — When Brent McNitt found out Saturday afternoon the boys bathroom at the Little League field had been damaged, he checked it when he had a free minute.

He was busy umpiring one of 18 games that day and could not tend to it immediately.

“Within minutes of it happening there was a mixture of anger and sadness in the park that someone would do that and not report it,” said McNitt, president of the Paw Paw Youth baseball and Softball. “We don’t know if it was malicious 100 percent. It’s hard to tell.”

He said the field crew took a picture of it, which they later posted on the league’s Facebook page. The sink, that was once secured to the wall, was on the ground shattered.

McNitt said a few police officers at the game checked out the scene that day. However the following day it was replaced.

A few parents gave them a new stainless steel sink and another parent installed it for free.

“It's really nice to see this community come together and help us when we really didn’t have any other choice,” McNitt said. “The other option was to use the Port-a-Johns for the rest of the tournament.”

He said the parents' generosity saved them at least $400. He and the kids were just grateful their bathroom was repaired before the championship.

"Fortunately our community has always been here to step up for us," McNitt said. "But it would sure be nice to know what happened here."

***Anyone with information on what happened to the sink is asked to email fields@pawpawybs.com***