Woman: Brown recluse spider stopped her from walking for 2 days 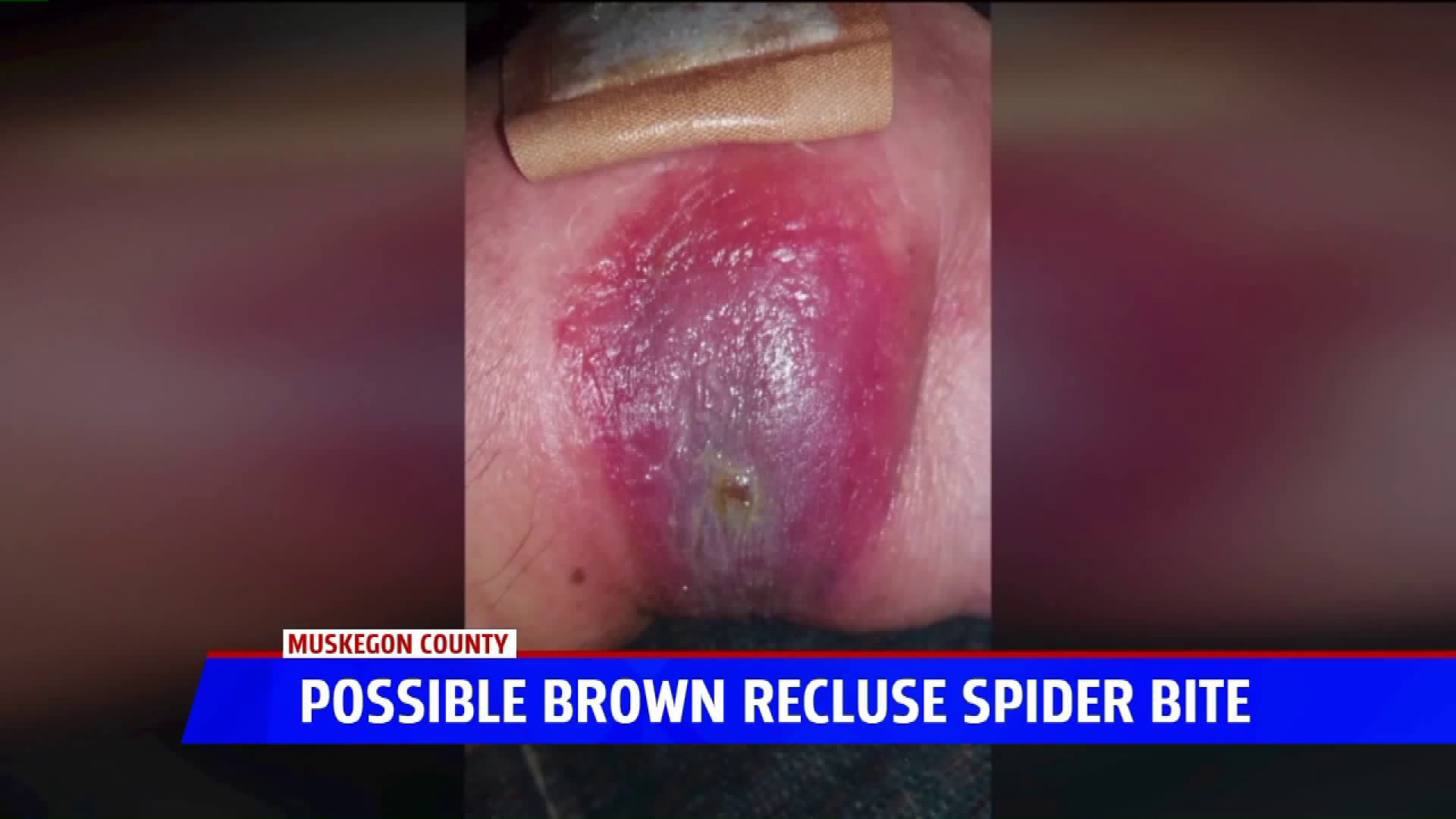 FRUITLAND TOWNSHIP, Mich. — A woman in Fruitland Township could barely walk after she believes she was bitten by a brown recluse spider.

Darla Simonelli believes it may have been hiding in her basement when it bit her ankle last week.

"I was dusting, cleaning, vacuuming and sweeping," said Simonelli, who was in the midst of her spring cleaning when she noticed a red circle with a white dot in the center.

"I thought right away that I got bit by a spider because I was taking my broom at the top of the ceiling and the windows and getting the webbings," said Simonelli.

She never imagined that it would transform into a blister with swelling around the entire area.

On Wednesday, she went to the hospital where doctors prescribed antibiotics and ran tests.

"As the day progressed the following day, it just kept getting worse and worse," said Simonelli.

She says she suffered from chills, a fever and a “horrible feeling.”

Doctors say the culprit may be a spider, but they cannot be certain because Simonelli did not see anything bite her.

Simonelli has been hosting a friend, who is originally from the south. The luggage has been stored in their basement, and Simonelli wonders if the spider may have hitched a ride from a warmer climate.

Brown recluse spiders are not native to Michigan and a considered uncommon, according to Michigan State University’s Extension Service.