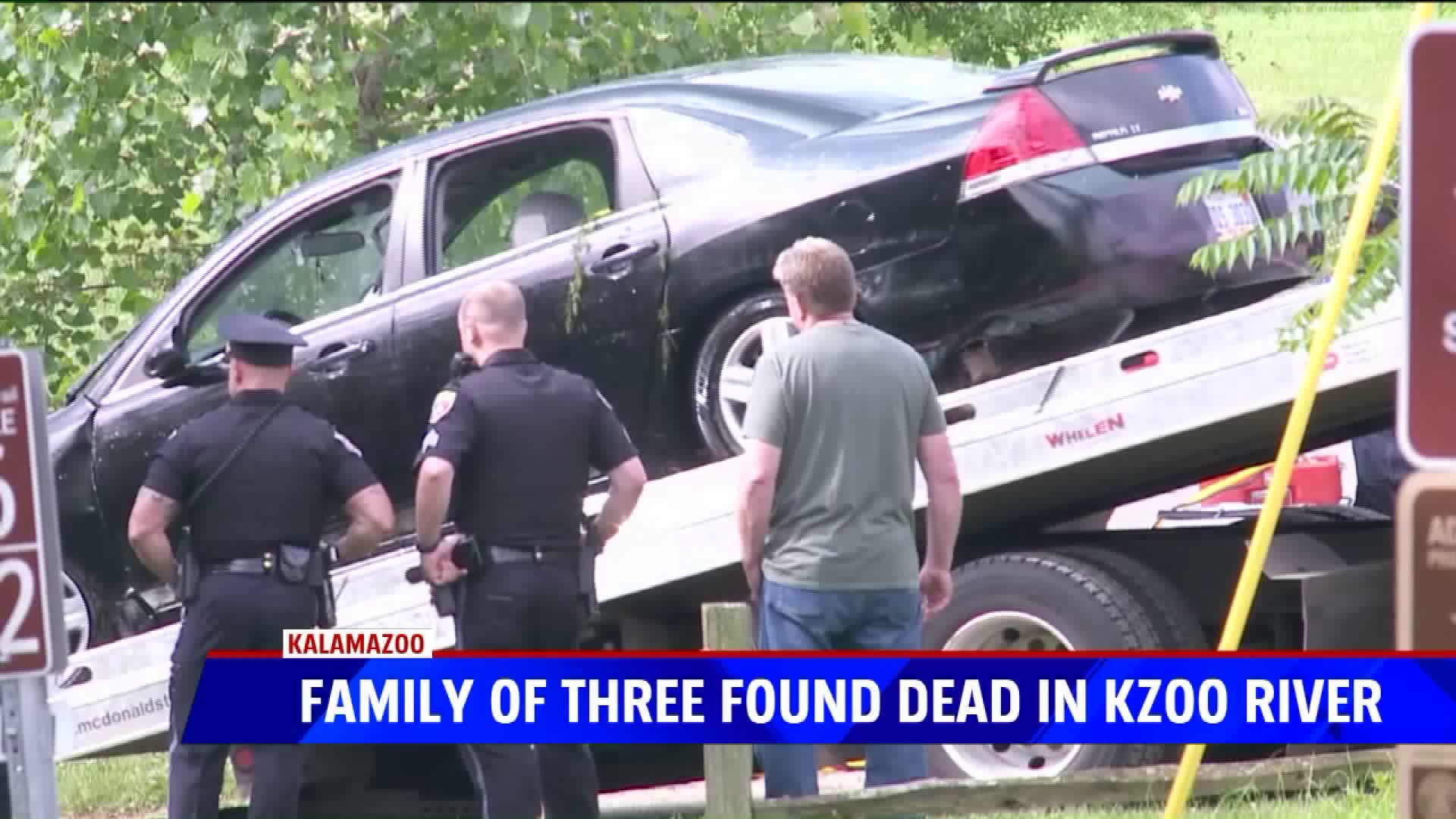 Mother drives car into river with her twin daughters inside

KALAMAZOO, Mich. -- The bodies of a mother and two girls were pulled from the Kalamazoo River Tuesday morning.

Police Chief Karianne Thomas said the mother, identified by family members as Ineza McClinton, drove her car into the river at Verburg Park with her 9-year-old twin daughters inside Monday night.

"Just tragic," Thomas said during an interview. "It's so tragic and so traumatic for the family."

Thomas said police were notified about the incident Monday night after two young girls told them what happened. Immediately police searched for the vehicle in the river and within minutes found two of the bodies floating near the car.

"We then asked for assistance from the Michigan State Dive Team, who arrived at 6 a.m. this morning, once we had daylight in order to recover the other victim, the other 9-year-old twin," said Thomas.

By 8:30 a.m. all three bodies had been pulled from river, she said. Police do not know how the other girls were related to the victims but they're glad they escaped.

"The two young girls we made contact with were in the vehicle at some point (and) had gotten out of the vehicle," said Thomas. "They’re the ones that reported this incident to us and as you can imagine that’s a lot of trauma for young girls."

Investigators were trying to determine why the woman drove into the water. They also were working to determine a precise timeline leading up to that point, and who else may have been in contact with the woman.

"I think that it just brings to light that a lot of people are suffering and we don’t know it," Thomas said. "Everyone should take a moment and realize everyone is going though something."

@KalPublicSafety pulling car out of river at Verburg Park. They say a mother drove her and her 2 kids into the river late last night. // @FOX17 pic.twitter.com/opvY6EwmKv