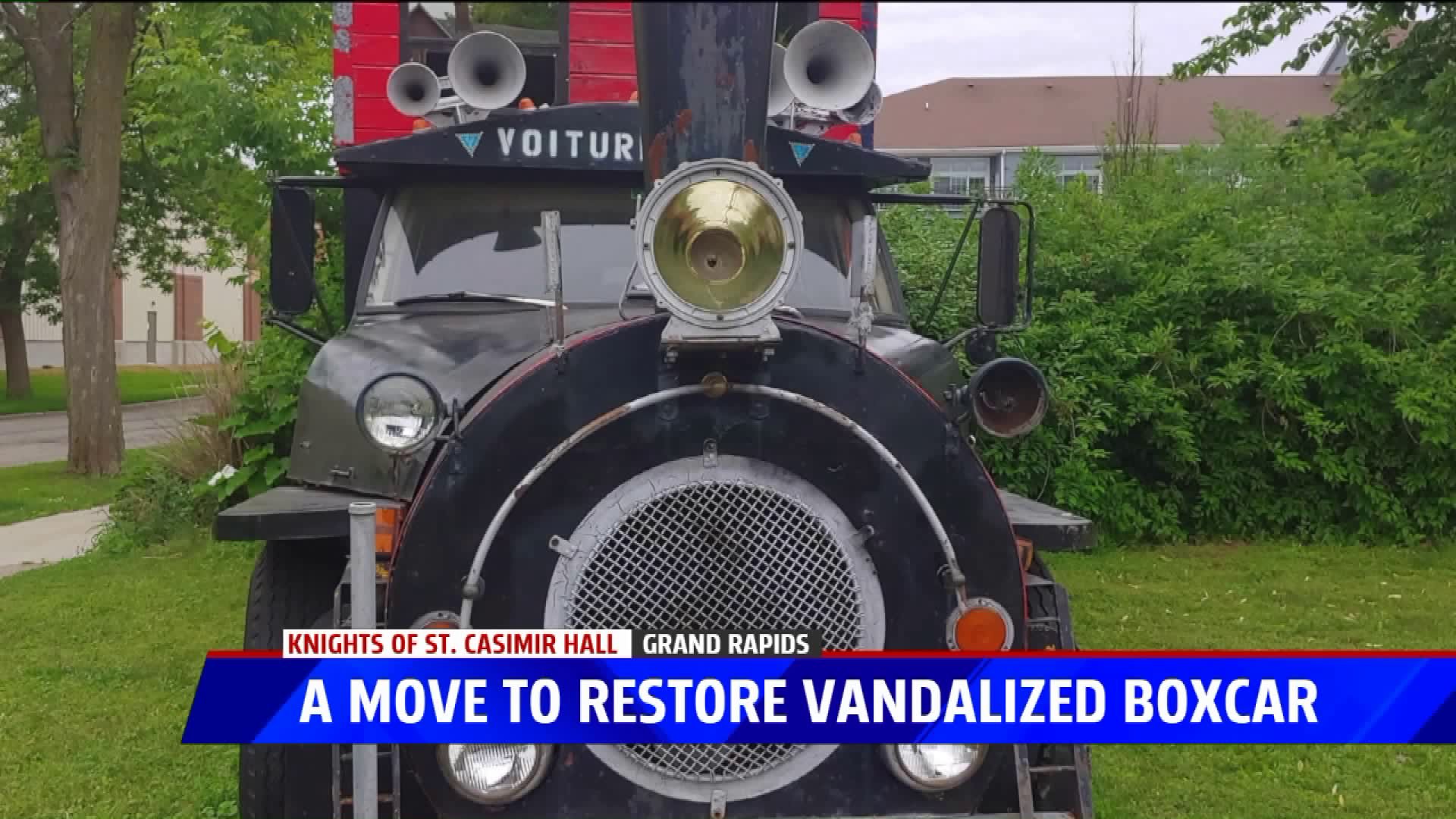 GRAND RAPIDS, Mich. — A beloved war memento has been removed from its public location after it was vandalized twice in the last month.

The 40et8 boxcar has been in the Knights of St. Casimir Aid Society’s auxiliary lot for nearly a year after the train’s owners lost their facility. It has been seen at Pulaski Day parades and several other events before finding its way to the auxiliary lot.

After two acts of vandalism in the last month, the train now sits behind the home of the organization’s president.

"We decided to let him bring the train here for protection until it found a better home and we could find a way to help him get it repaired," says Linda Connor, Knights of St. Casimir Vice President.

The war memento was found four weeks ago with broken windows and lights, issues that are difficult to repair because the parts were made in the early 1900s.

"We were in the process of trying to look for ways to just fix up when it fell under vandalism twice in the last month," Connor said. "The person had to climb on top of the cab of the truck bust out a window and then crawl inside the cab.”

A police report was filed, but no one has been caught.

Now, Connor has a message for whoever is responsible:

"Understand, see the pain, see the importance of what they've done for America and what this icon means for them and just feel it like it's your grandpa. Understand that this could be your grandpa's special memento and you destroyed and it's irreplaceable," Connor said.

The community is starting to raise money to restore the boxcar and the Knights of St. Casimir plan to hold fundraisers in the very near future to get it going. More information on those efforts can be found on the organization’s Facebook page.