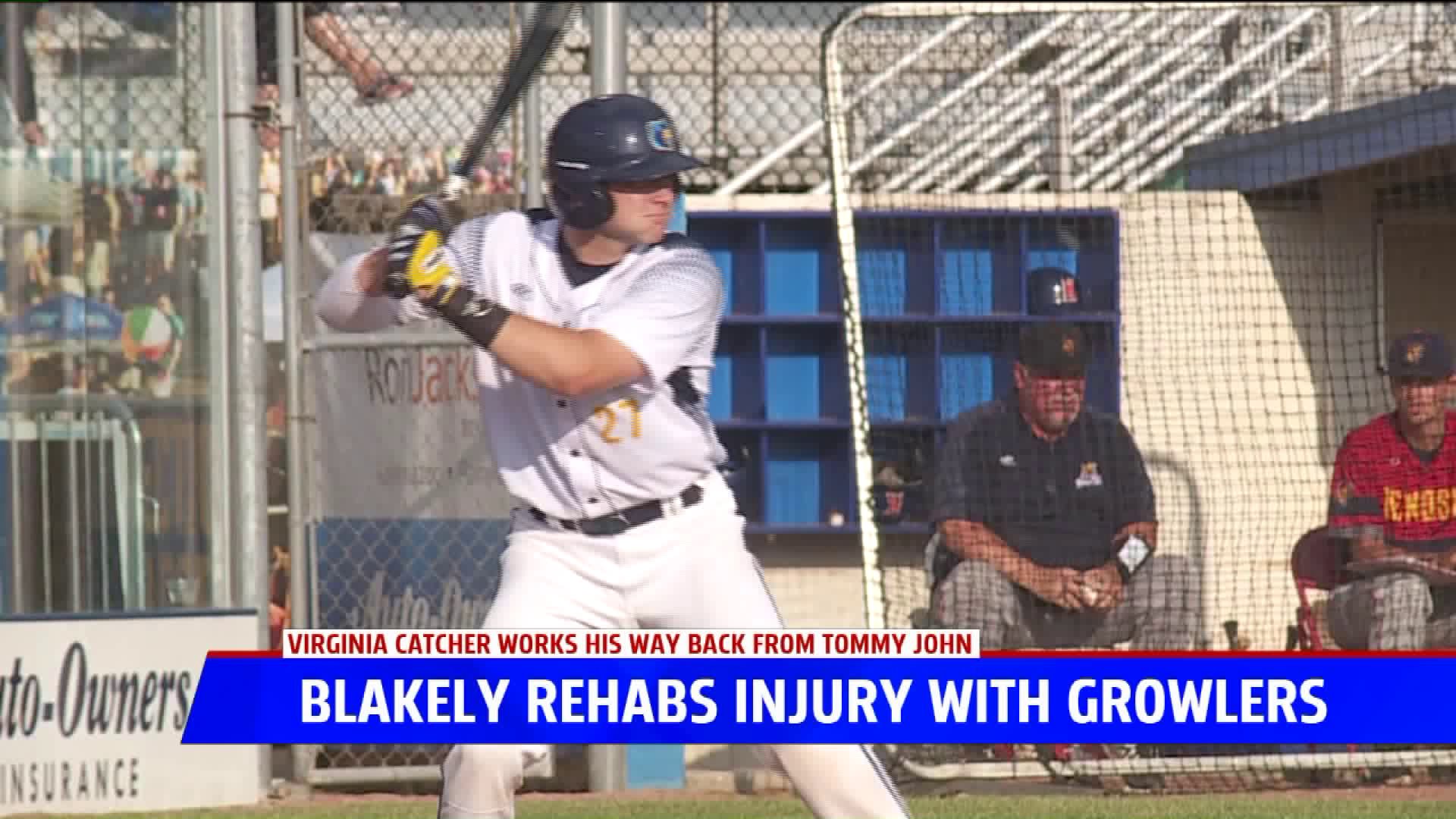 The University of Virginia catcher is getting back to baseball

KALAMAZOO, Mich. -- This summer is an important one for Drew Blakely, who is soon to be a college junior and is returning from serious injury. In March of 2018, after some elbow discomfort, it was determined Blakely needed Tommy John surgery.

"It's been a long process," Blakely said, "I didn't get cleared until a year after the surgery."

Drew Blakely grew up near Kalamazoo where he fell in love with the game of baseball at an early age. "I remember when I was in middle school and coming to Growlers games with elite college baseball players competing right here in my backyard," he recalled.

Blakely had a storied high school baseball career at Gull Lake, setting nearly every program batting record. After that, he decided to play college baseball at the University of Virginia. Now the Cavalier catcher is back in West Michigan, playing summer collegiate baseball for the Kalamazoo Growlers. "To be in the position where I can come back and play and represent my hometown is a really good experience for me," he said.

This summer in Kalamazoo, he's hoping to get back to the player he was before the surgery.

"You can see the rust coming off little by little you know," he laughed. "It's been quite the journey. I think I'm stronger because of it. I wouldn't change it. I've learned a lot from it, but yeah, it's been a process."

Growlers field manager Cody Piechocki has known Blakely for years and is ready to see him get back from his injury.

"As those physical tools start catching back up, we're all going to see the kid that we all know he's capable of being," Piechocki said. "But he's just starting to get that rust off right now."

One of the many benefits of being back in the Kalamazoo area for the summer is being united with his father, who was his high school baseball coach and who has helped him through the hardest of times.

"My dad has been my best friend and coach and biggest supporter through all of this," Blakely said. "So to have him in it, not giving up on me on the days I wanted to quit, it's not easy to come back from."

"He went 23 months without playing in a game," Bill Blakely said, "so to watch him out there again and to see him around the area he grew up, he's played maybe six games or so so far and it's fun to watch again."

One this is for certain: Blakely is sure to draw a crowd at Homer Stryker field this summer.