With climate change on their minds, teens clean up beach at state park 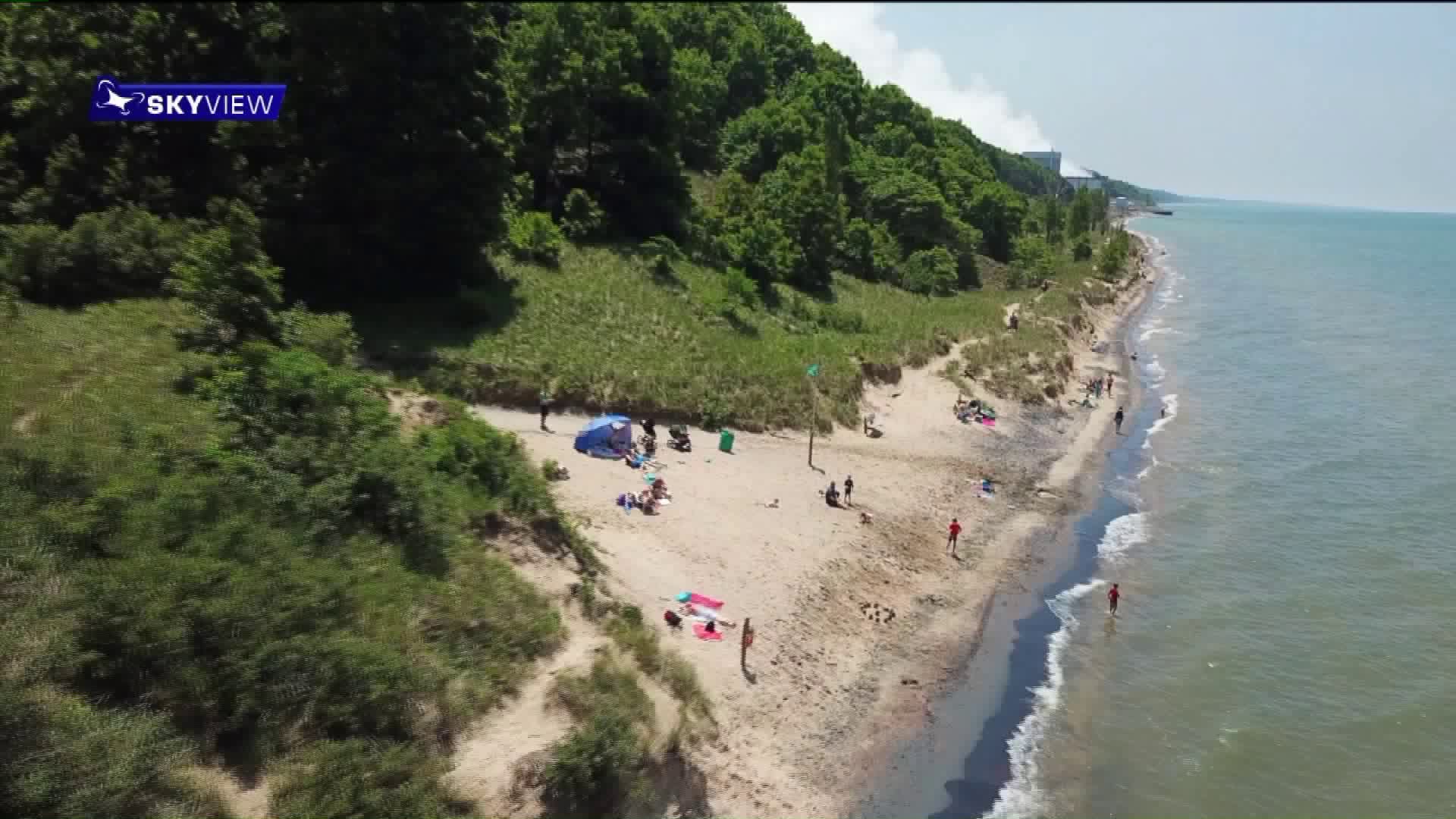 SOUTH HAVEN, Mich. — With climate change on their minds, teenagers from Kalamazoo spent their Tuesday afternoon picking up litter at the beach of Van Buren State Park.

Many of them graduated high school last month and are hoping to do something to improve their community before they leave it.

“Cans, Gatorade, tobacco, PVC," Sal Delvecchio says as he lists some of the trash he found along the lakeshore.

Delvecchio, 18, is attending University of California Santa Cruz in the fall, where he plans to study marine biology.

“This is important to me because I do want to go into conservation, so I figured I kind of want to have an impact here before I go off to school," Delvecchio told FOX 17.

A few weeks ago, Delvecchio put out a call on social media to get kids his age to do something about the litter at Van Buren State Park.

“Even though it is a state park, it’s not as heavily monitored as it should be, so I think it would be a good spot," Delvecchio says.

His message reached people he didn't even know, like 15-year-old Abby Kamm.

“A lot of tiny things that you wouldn’t really notice, that when you look back you’re like, ‘Oh yeah, that’s a lot of stuff,'" Kamm said. "And it’s nice to be able to fix that so other kids can enjoy a clean beach.”

Much of the plastic litter in the Great Lakes breaks down into microplastics, which have been found in drinking water and in the stomachs of wildlife, according to the Natural Resources Defense Council.

“It’s important because yes, global warming is a real thing and we do need to take action as quickly as possible because our planet in dire need of help," Delvecchio says.

Soon-to-be freshman at Kalamazoo College Carter Eisenbach says climate change weighs heavy on his mind and hopes to contribute to its research in college.

“We need to start doing more, really change otherwise there’s not gonna be anything left to do," Eisenbach says.