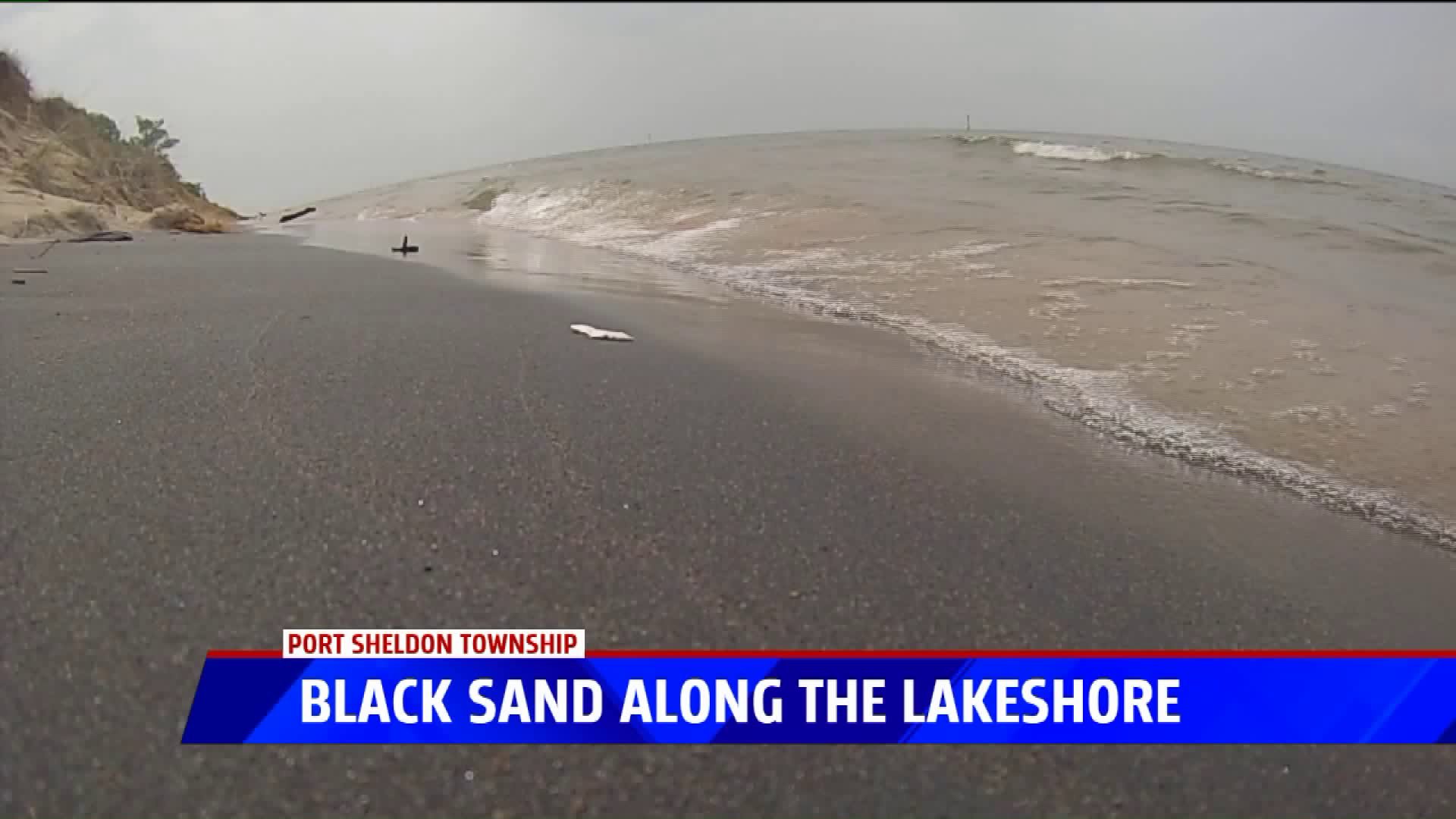 PORT SHELDON TOWNSHIP, Mich. — While walking on the beaches of Lake Michigan this spring, you may have stumbled upon a dark blob of material near the water.

What it is has been on the beach the entire time, but is now being uncovered and left behind by higher water levels and waves.

The black sand being uncovered is not hazardous. It is mixed up in the lighter sand, but in a small concentration, likely the reason why it is rarely noticed.

The sand is primarily made up of magnetite and hematite, among other heavy trace materials. If you were to take a magnet to the material, it would stick because of its iron quality.

With the higher water, large waves erode dunes around the lake, bringing the lighter sand offshore. The black sand is heavy enough to be left in place, leading to the darkened mass on the shore.

According to Peter J. Wampler, a Grand Valley State University professor in the geology department, the black sand is essentially from the banded iron formation in the Upper Peninsula.

Some of it was ground up by glaciers during the ice ages and was eventually carried down to the lower peninsulas by the glaciers. It is then carried by the many Michigan rivers into the Great Lakes. The lake then put it up into the dunes over the years, only to be eroded out now and placed onto the shore.