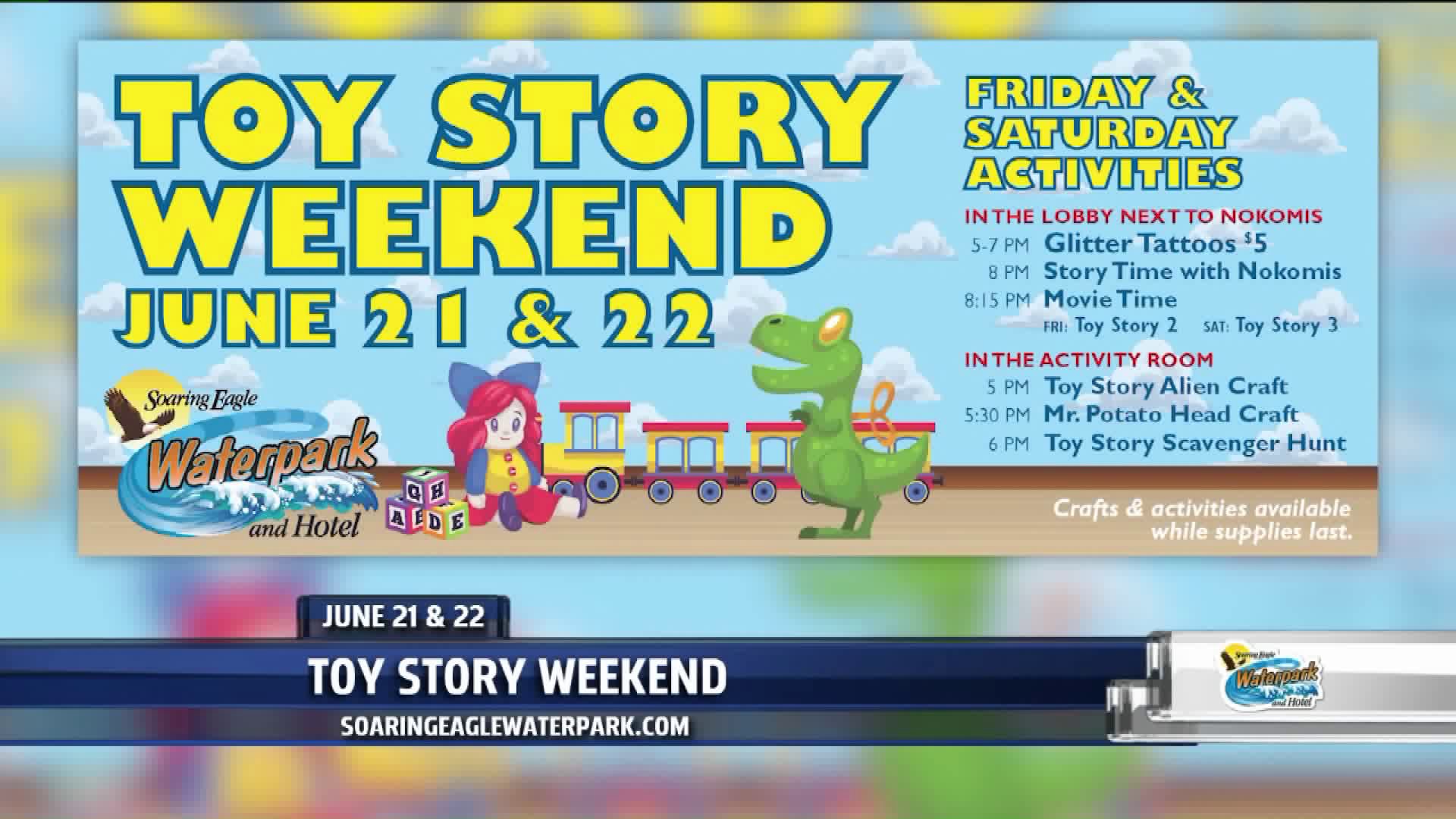 Gather your friends and head up to Soaring Eagle Waterpark and Hotel for Toy Story Weekend. On June 21 and 22, kids can make a Toy Story alien craft, Mr. Potato Head craft, and take part in a Toy Story scavenger hunt. Plus, glitter tattoos are back for just $5! The fun doesn't stop there, afterwards there will be story time with Nokomis, followed by Toy Story 2 on Friday, and Toy Story 3 on Saturday.