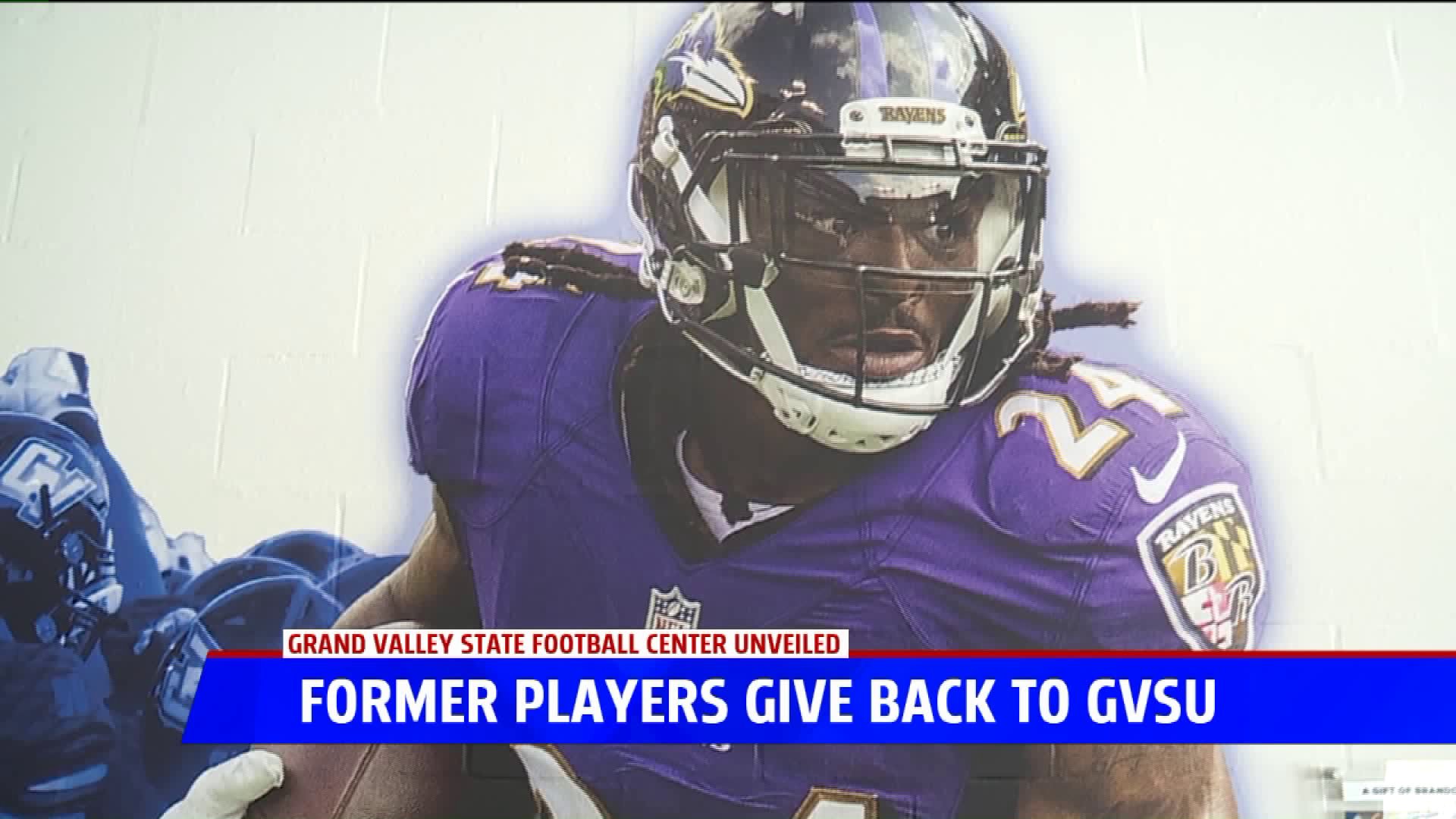 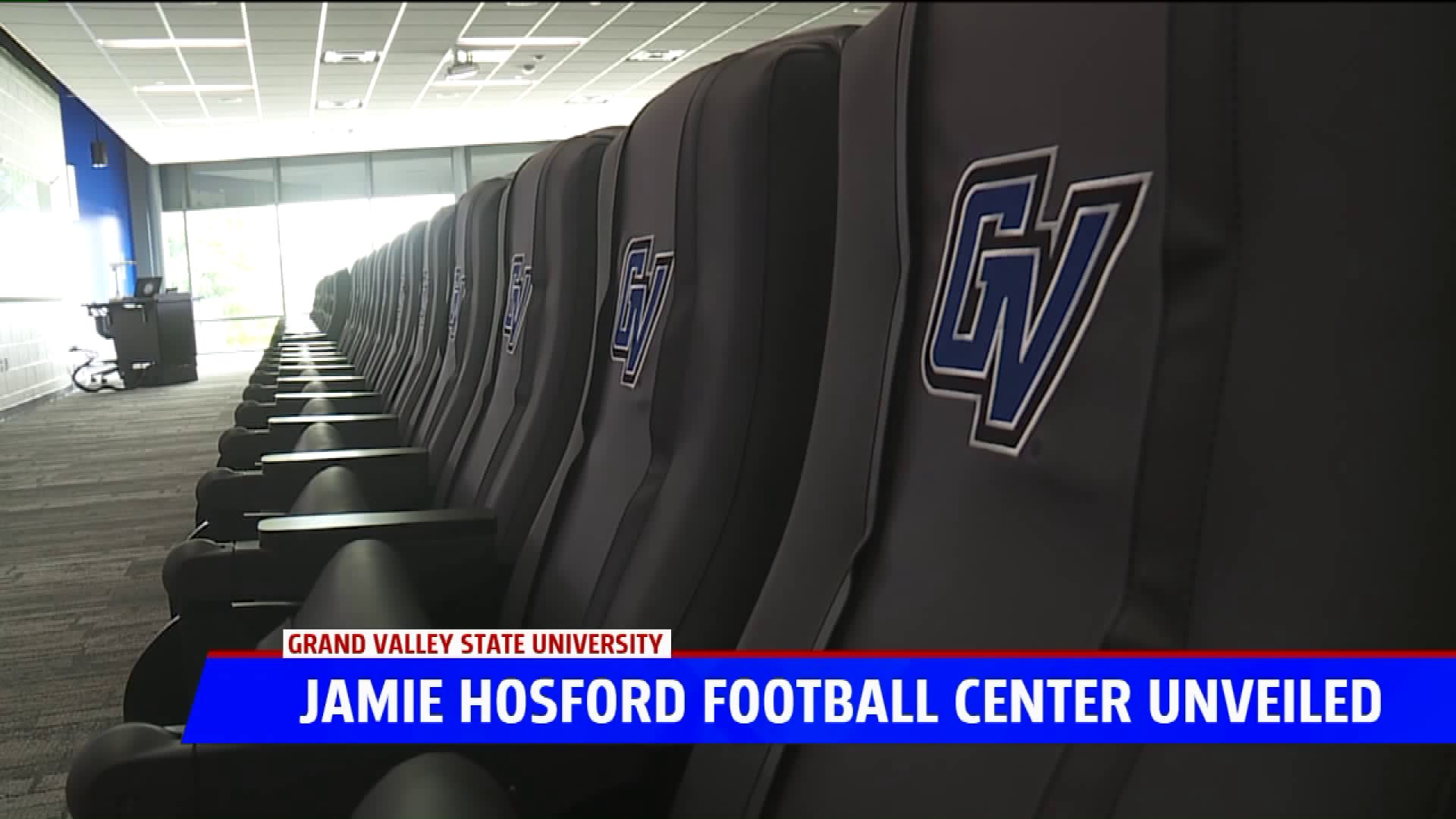 ALLENDALE, Mich. -- Grand Valley State University already had great athletic facilities, but on Wednesday those facilities got even better.

The building is named for Jamie Hosford, who won 12 letters in five sports as a Laker in the 1970s and lost his battle with cancer in 2014.

"If Jamie were here, he would just love watching the coaches and the players come in here and see this facility," said Dan Hosford, one of Jamie's sons. "Just to see the smiles on their face(s), Grand Valley excellence and athletics and academics, and now we have a facility that is representative of excellence."

"I just think that when you think about the Hosford name, and Jamie in particular, his love for Grand Valley and Grand Valley athletics just made it such an easy decision,” Kelly said. "To have his name on this building, and then you could see what it is going to be able to do for this program, pretty significant."

The building was made possible by 700 donors, including many former players.

Brandon Carr and Matt Judon, both currently playing in the NFL with the Baltimore Ravens, gave money that helped construct the team room, with a capacity of 120 and has photos of Carr and Judon on the wall at the front of the room.

"I think it is beautiful," Carr said of his photo. "For the guys to see it every single day, to have some motivation. It is kind of special that myself and Judon are both side-by-side, and we are playing on the same team right (now), so just showing these guys that if you work your butt off, if you believe in yourself, you can find a way to make it to the next level."

"That's probably what stands out the most," Kelly added. "As I was going through the list, seeing all those guys that are giving back, you hope that when you come back to events like this that you see guys that are other-centered, that are thinking about their experience and want to give back, and we had 700 donors to a project like this, that is amazing. So many of them were former players, that is what drove me to come up here."