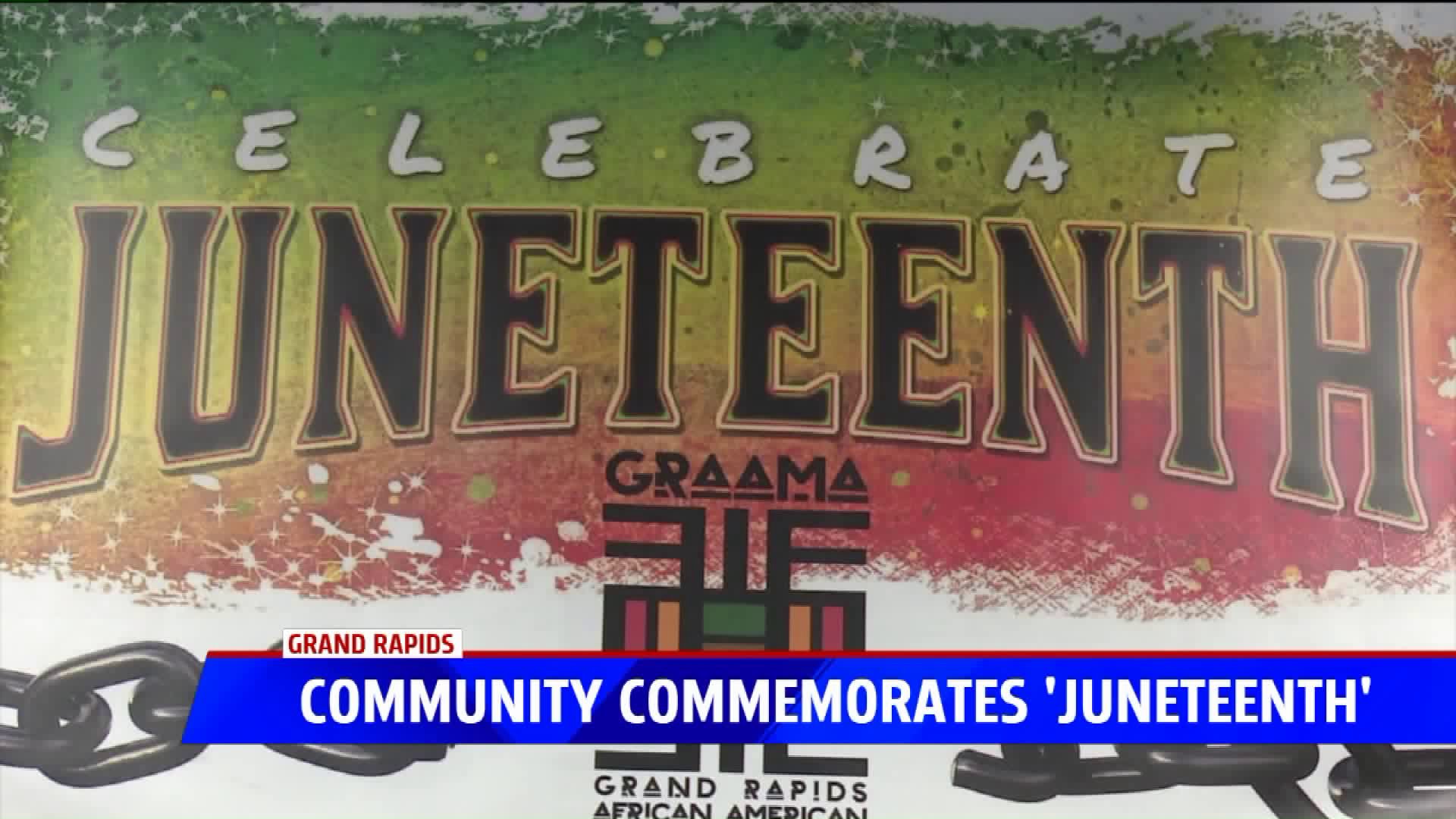 It lands on a special day, one that marks the end of slavery in the United States.

"Juneteenth" commemorates the day of emancipation for slaves in Texas on June 19, 1865, as well as the general emancipation of slaves.

Slavery was abolished with the signing of the Emancipation Proclamation in 1863, but it was two years before the end of the Civil War marked its true end.

More than 150 years later, reparations are being discussed on Capitol Hill.

As Democrats and witnesses on the House floor discussed a bill that would explore possible reparations for slavery, community leaders in Grand Rapids say the discussion fell on the perfect day.

"You can never really go back and equalize what happened in the 1800s, but you certainly can make your ascendants a little better off institutionally in education, housing reform, things like that that could at least make you feel like you're equal," says George Bayard with the Grand Rapids African American Museum.

Though the bill is still in the air, the celebration continued in Michigan in part because of Gov. Gretchen Whitmer, who signed a proclamation Tuesday making the day official in Michigan.

"It is a holiday that I think people should take some recognition for, slavery is one of those things that's in the past and is really forgotten but as people realize that it was a celebration, that it was something to be a joyous about," Bayard said of the proclamation.

On Wednesday at Dickinson Buffer Park, that celebration continued.

"It's jubilee and it is Juneteenth, it's glad to be free," says organizer Jewellynne Richardson. "This year's celebration we have come together to unite in community relations, we are loving on some of our own and honoring some of our own."

The West Michigan Jewels of Africa hosted the celebration in Dickinson Buffer Park with food and live performance.

Organizers say they want the celebration to continue to launch a people with a broken past into a bright future.

"Black are happy and moving forward, we are united and respect for each other. We wanted to do the NNS: the no negative speaking, we want to make sure you take that away from us today," said Richardson. "Because we can be united, and we can be a powerful force to build up our city."