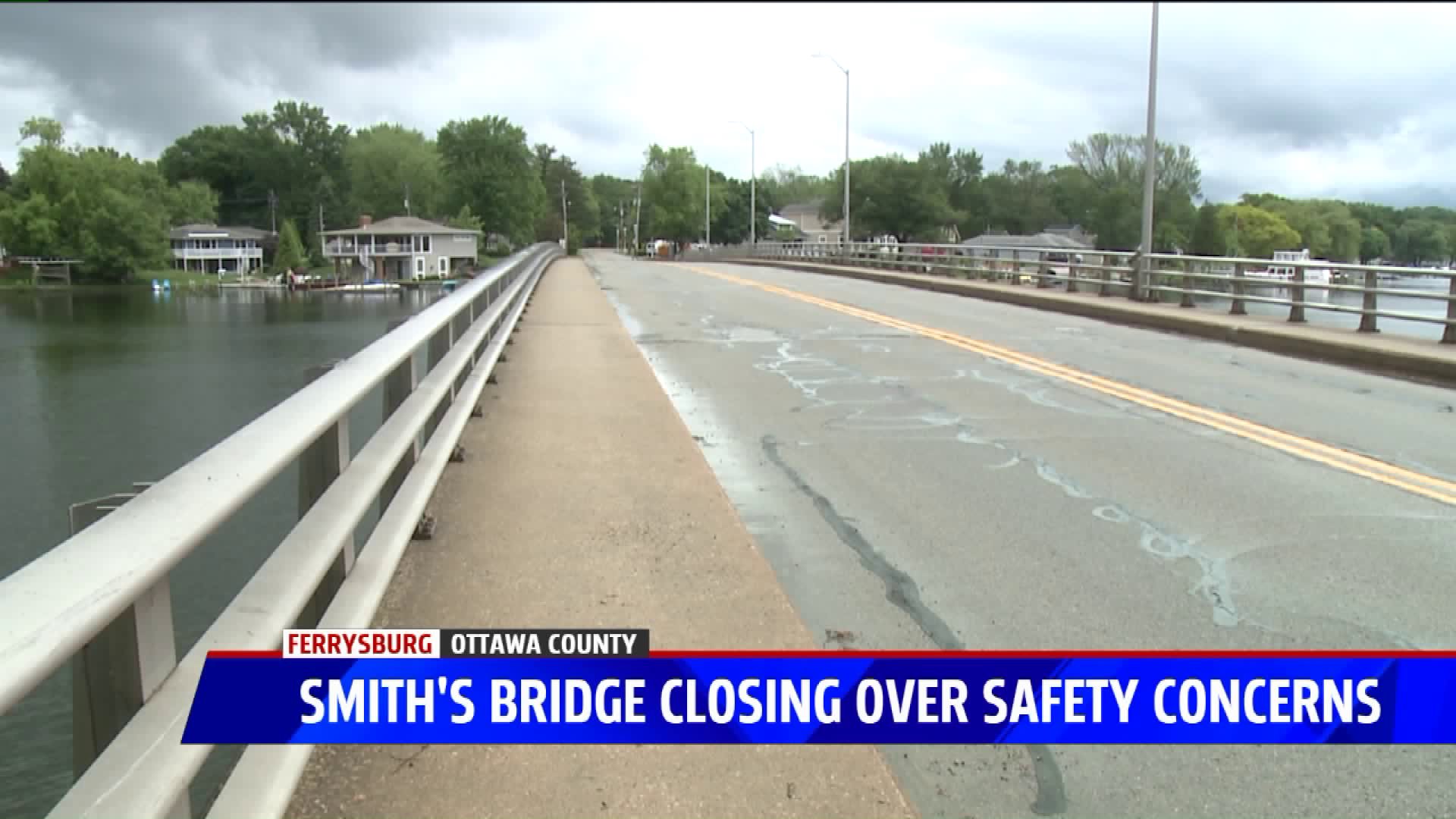 FERRYSBURG, Mich. — A historic bridge in Ferrysburg is closing and causing concerns for residents who say emergency response vehicles use it regularly.

But after years of upgrades and no money to pay for them, the city says closing the bridge is a matter of safety.

"Box beams are deteriorating, so if something goes heavy over a box beam, there's a chance that it could sink," says Craig Bessinger, Ferrysburg city manager.

For 150 years, folks have been able to cross a bridge over Smith's Bayou. The bridge now running atop the bayou is the fourth rebuild, done in the 1970s and adopted by the city in the 1980s, a span of time that residents say the city should've taken advantage of.

"When the city took ownership in 1985, they needed to set aside money each year to plan for this replacement, and that didn't happen," says Ferrysburg resident Nicole Vandenberg.

The city has been making improvements on the bridge, the most recent in 2008, since they took responsibility for it from the Ottawa County Road Commission. Without grants or a millage, the city paid for it.

A recent bridge inspection stated, "the overall condition of the superstructure is serious", and building a new one costs $13 million.

At a city meeting on Monday, the council made the decision to close it until they can find that money.

Ferrysburg resident Jacob Stearley says that decision was made without public input and looking at all the options. "I was taken aback by how quickly the closing happened," says Stearley. "There's an option that the city council has discussed re-decking the bridge that could buy two to five years.”

"The concern is once we put a milling machine on there, it's going to break the box beams," Bessinger said. "And if we open it and we find that there's damage with the box beams, then the box beams are going to have to be replaced. So, instead of doing a $500,000 project, it turns in to $5 million or $6 million project."

Without a doubt, neither the city nor the residents want to see Smith’s Bridge gone, but coming up with the money to build a new one is a concern.

"It's kind of heartbreaking because we go across this bridge every day," says Vandenberg.

"There's between 5,000-6,000 vehicles that travel over this on a daily basis, so it's a main hub for both our residents, but also the area communities, too," says Ferrysburg Mayor Rebecca Hopp.

The city plans to have a meeting in July to discuss the bridge and, possibly, to talk about a millage that will help to restore the bridge.

More information can be found on the city’s website.