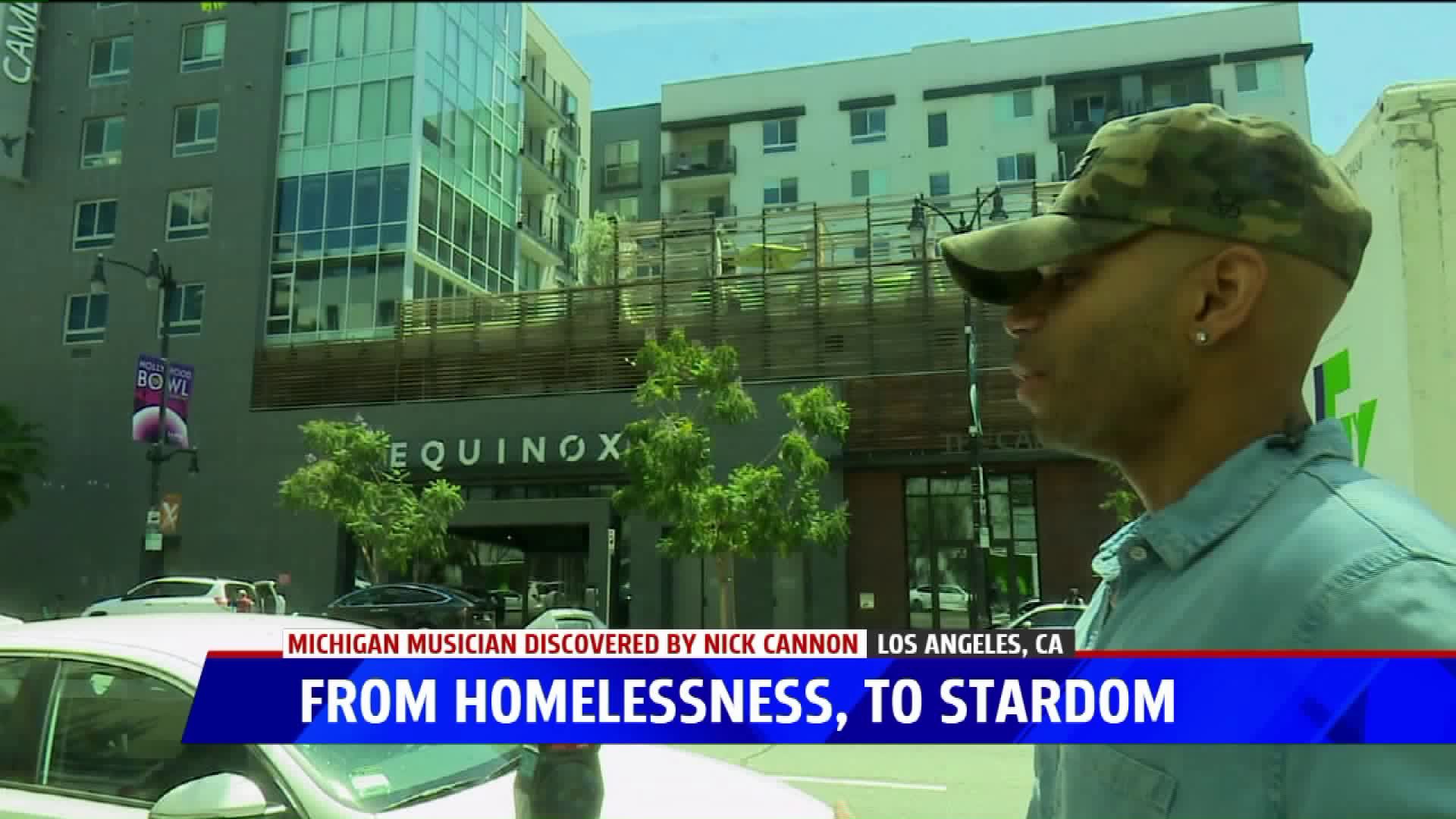 LOS ANGELES — A lifetime of struggles are proving not to be definitive for a Kentwood native living in Los Angeles.

The struggles started early for Jordan Joseph, when his parents were told he would never walk or talk again after a life-threatening accident when he was 3 months old. After brain surgery and plenty of hard work, he defeated the prognosis.

Now, the 29-year-old genre-less musician is finding himself on his way to possible stardom.

"I definitely did everything in my power and my mom did, to make sure that I didn't have to live anything less than an extraordinary life," he said.

A career in criminal justice wouldn't suffice for Joseph — he decided to leave college and travel nearly 2,000 miles west to Los Angeles in 2013, to make a name for himself in the music industry.

Not long after his move, Joseph found himself homeless, living in his car with his dog Brady for 14 months. A time that he says built character.

"It's OK to not have all these things and be on a vacation in a beach, and drive the best car, it's OK," said Joseph.

The streets of Los Angeles are no stranger to homelessness. It's an epidemic that plagues tens of thousands of people every day.

Joseph's job at high-end fitness center Equinox, where he would bathe, helped him stay afloat. Soon, Joseph met an employee at his second job, who helped him get back on his feet.

A kindred brotherhood — Duran said he never questioned Joseph's humanity. Duran and his mom opened their doors to Joseph, offering him a place to sleep. It was practically a no-brainer.

It wasn't long before things were shifting in a positive direction for Joseph. A random phone call just last winter turned into a knock on his car door from entertainer Nick Cannon.

Cannon learned Joseph's story and decided to give him a shot. Cannon signed Joseph to “Ncredible Entertainment,” offering him a platform to create and promote his music.

A chance for Joseph to finally break through his obstacles and share his passion with the world.

"Whether you have one fan or one million fans. If you're able to inspire and influence one heart, one person, you've already changed the world somehow," said Joseph.

Joseph is hard at work, in effort to release his first project, which is slated for the fall.

His family at home in Kentwood, and newfound family in Los Angeles, are all hopeful that one day, his presence will be made known.

"He deserves to be a star," said Maria Flores, Duran’s mom. "Everybody suffers to get to the top. Nothing is easy in life, and everything has to start from the bottom up. Little by little he's going to make his dreams come true."