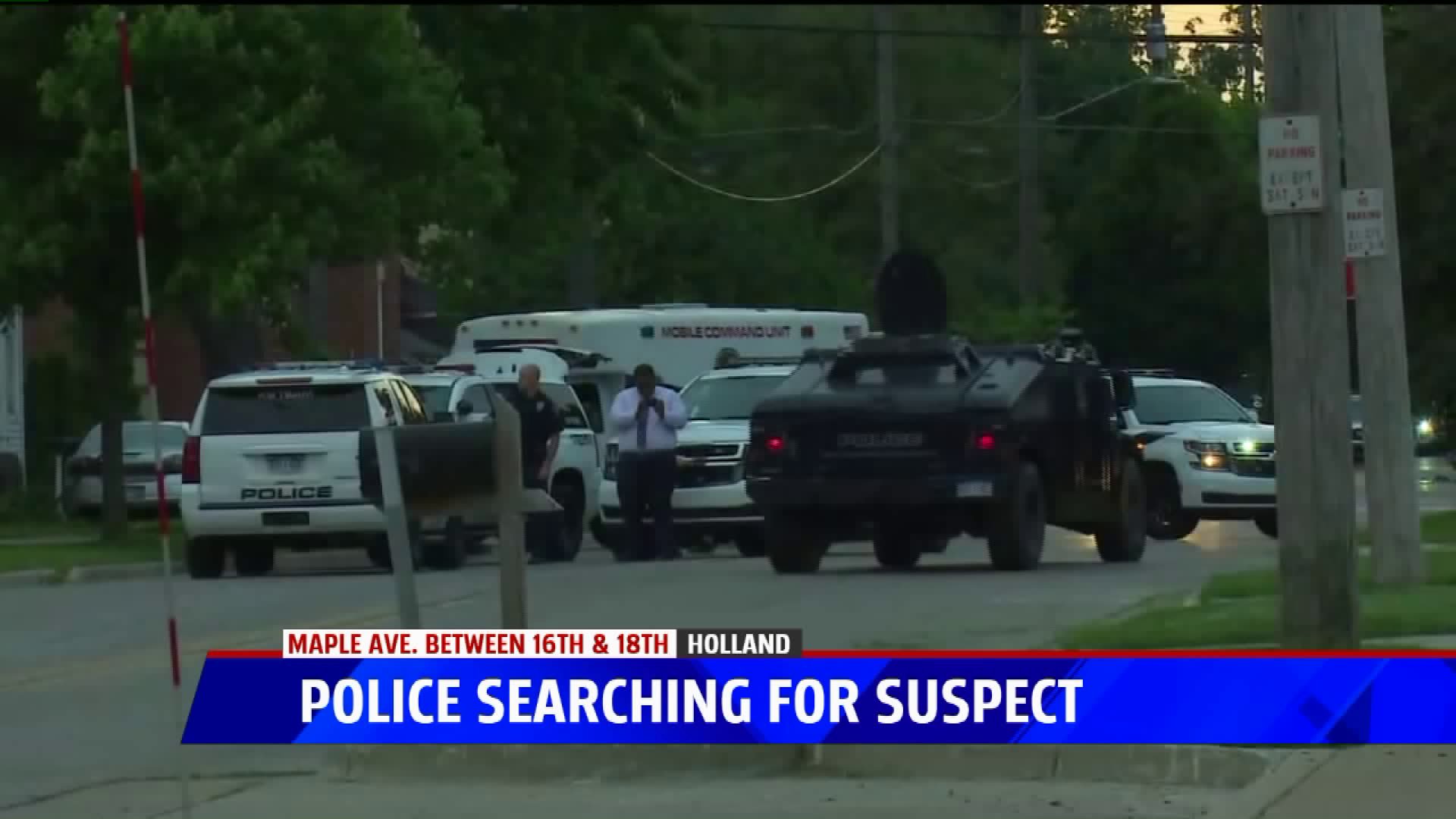 HOLLAND TWP, Mich -- Officers closed Maple Avenue between 16th Street and 18th Street on Friday evening, and asked everyone to stay back after a report of a "burglary in progress".

The Holland Department of Public Safety tells FOX 17 a homeowner in the 400 Block of Maple Avenue had found an armed intruder inside, ran from the home and called 911.

Robotic equipment and a K-9 were deployed, and a perimeter set up. Hours later, it was determined the suspect was no longer inside. Neither police or the homeowner saw anyone leaving the house.

Anyone with information on this incident is encouraged to contact the Holland Department of Public Safety via phone (616) 355-1150 or email at policetips@cityofholland.com, Silent Observer at 1-877-887-4536, or bye texting OCMTIP  plus the information to 274637. Tips can also be submitted in an online form at www.mosotips.com.