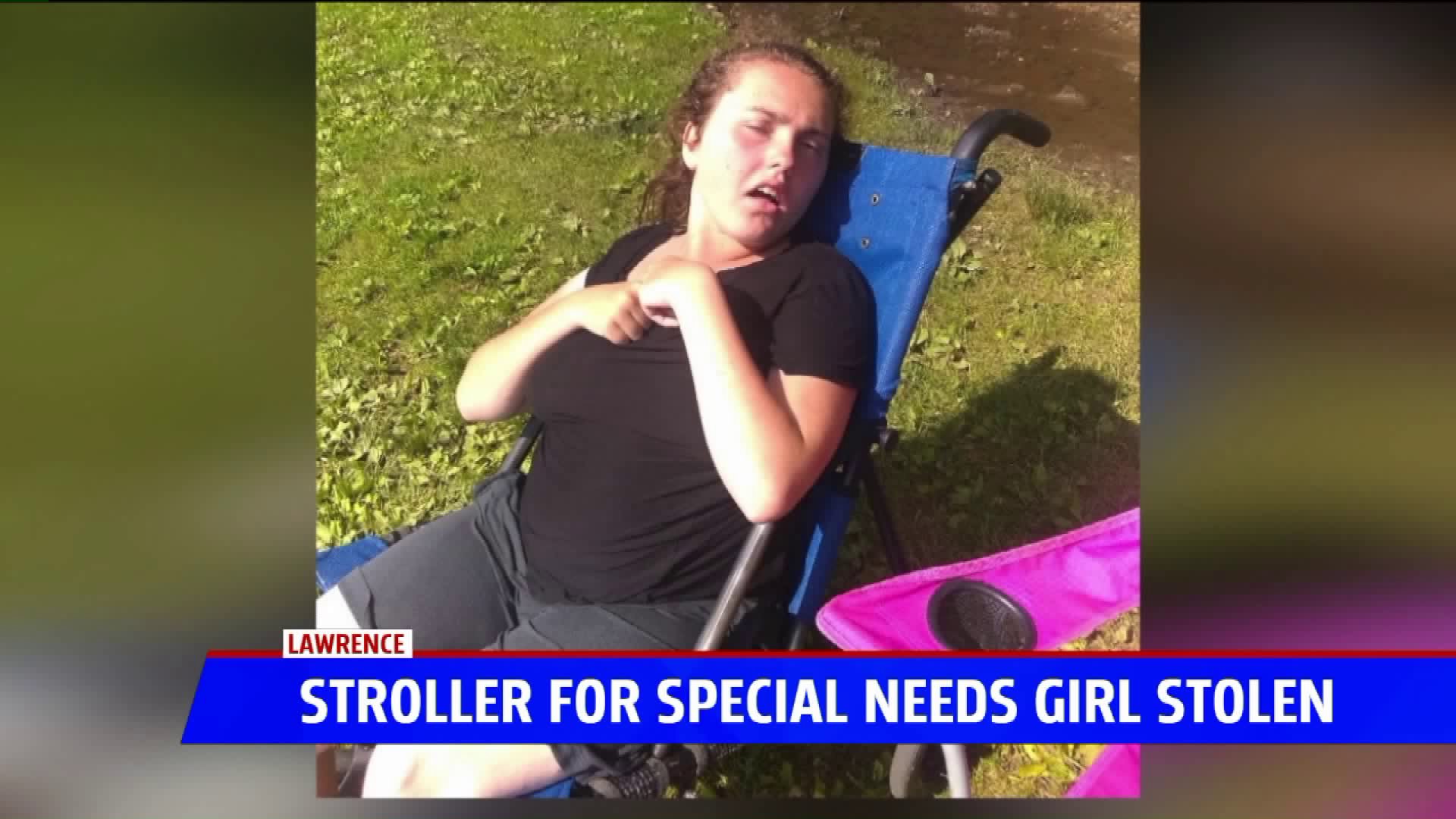 VAN BUREN CO., Mich. -- For Mickala Gardner, mobility comes at a cost. The 17-year-old has cerebral palsy, and her mother said she depends on more than her motorized wheelchair to get around. Gardner also relies on a special needs stroller.

"To somebody else it might not mean anything, but to us it's part of our life," Kylee Johnson, Mickala's mother told FOX 17.

Johnson said that adult stroller disappeared from in front of her home in Lawrence, on Thursday.

"Normally we have it in the house or in the car, but mainly it's in the car," she explained.

Johnson recalled, "I went to the park and a guy said a lady was walking over that way with it, and that's the last anybody's seen of it."

She said she had the stroller for about a decade and that it was paid for through medicaid. Johnson said estimates the cost of a special needs stroller to be between $1,500 and $2,000.

She said it's invaluable as it improves Gardner's quality of life.

"That chair is kind of important to us because we like to go swimming at the lake," she stated,

Johnson said the stroller also makes it easier to move Mickala in and out of their minivan which isn't equipped to be wheelchair accessible. Depending on the terrain, she said strolls through the park also go smoother.

"I kind of hope that whoever took it did not realize what they were taking," Johnson said.

"We really needed that, and we just want it back," she said.