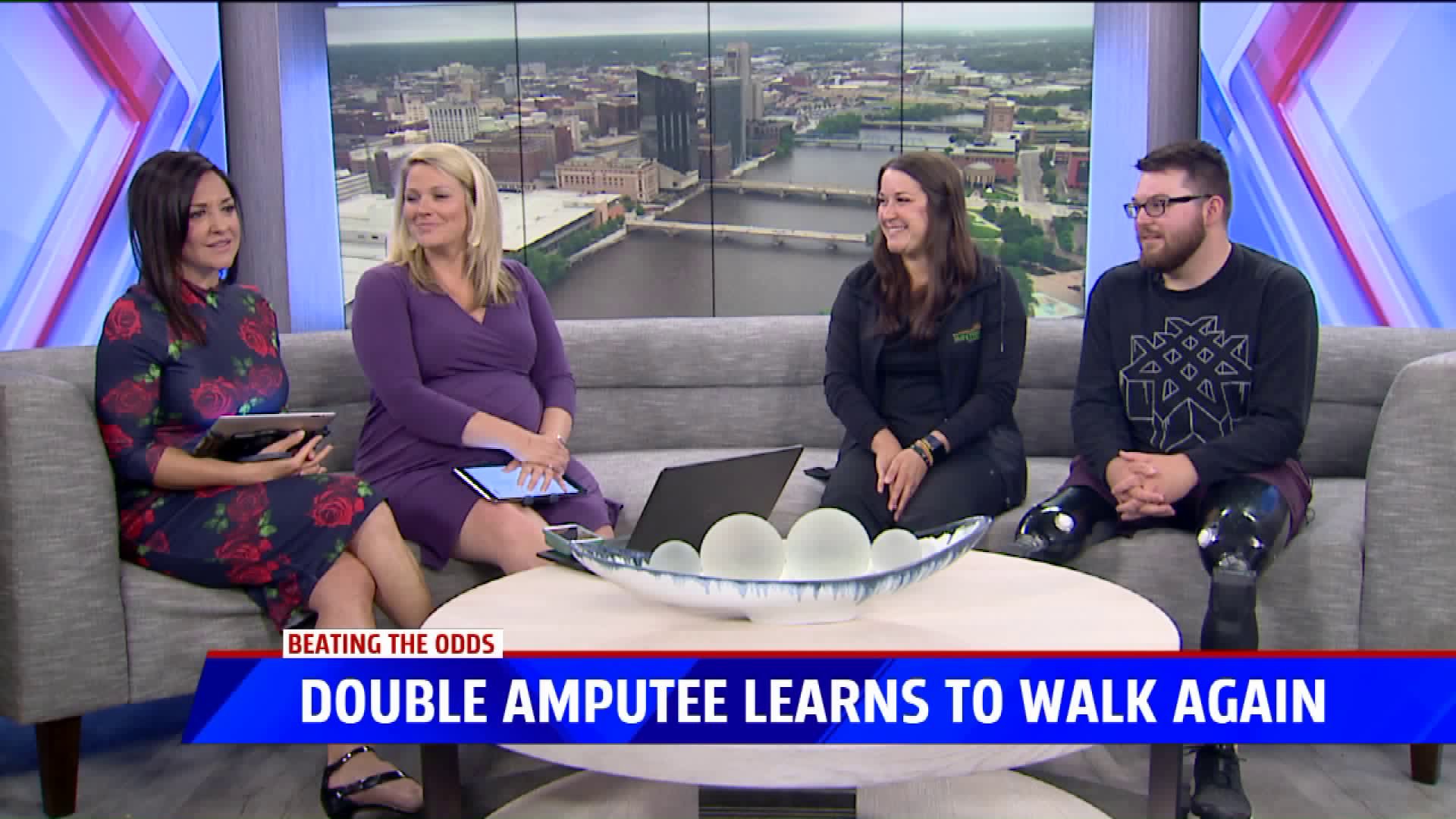 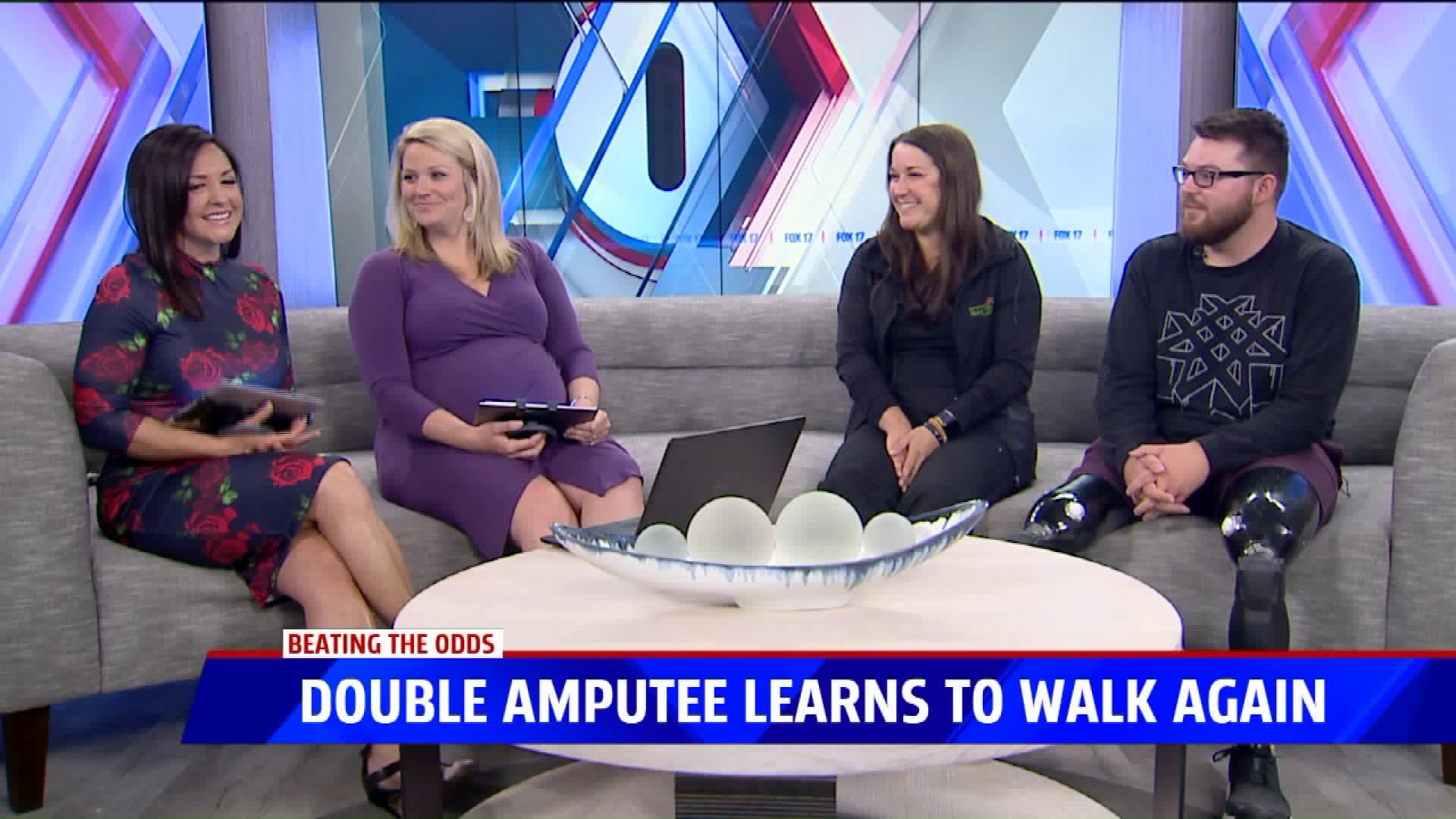 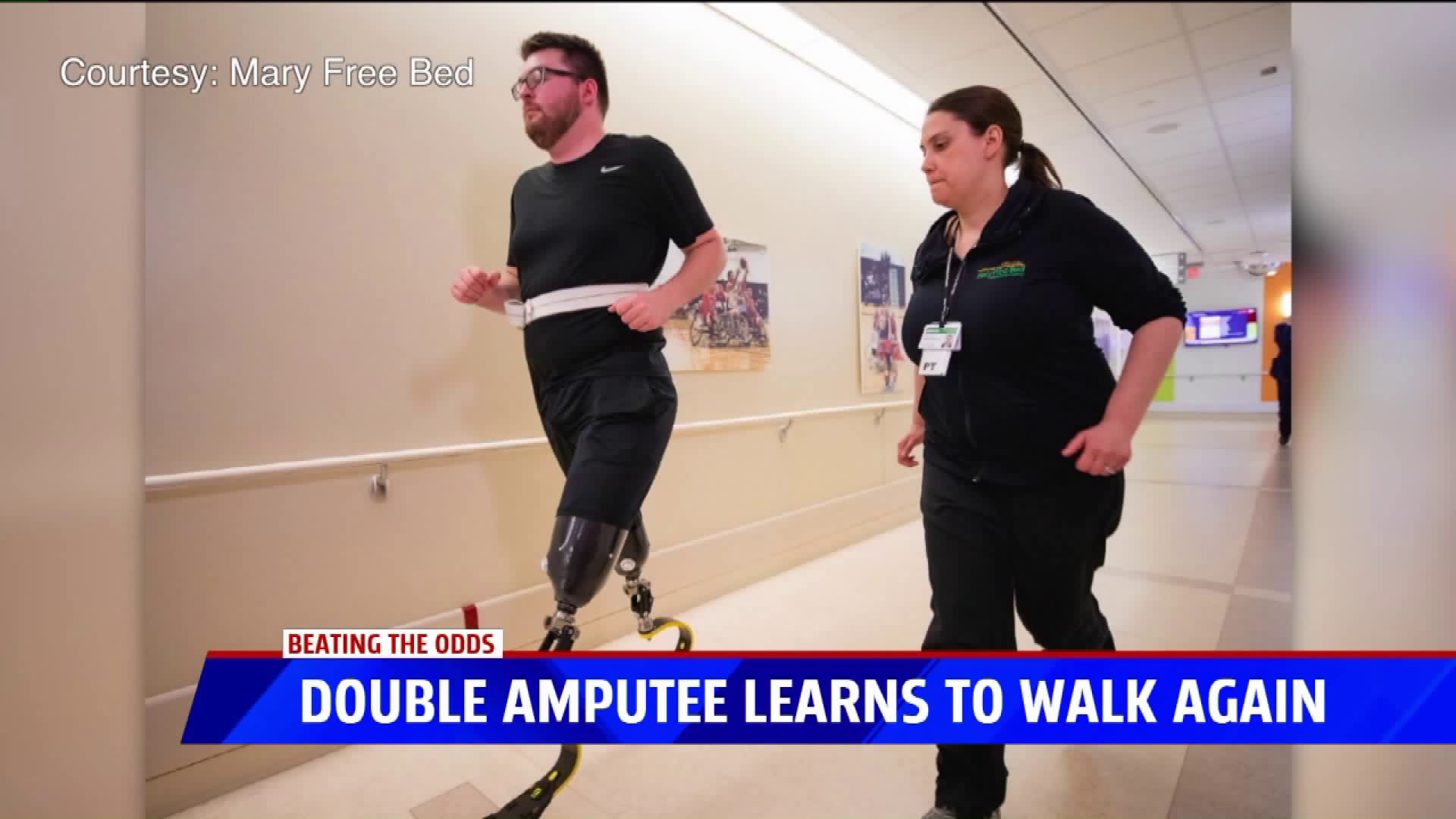 FREMONT, Mich. -- A West Michigan man is Beating the Odds after an accident on the job caused him to lose both of his legs above the knee.

Two years ago Nathan Wolford was in an accident that would forever change his life, but with the help of local doctors Nathan is now able to walk again and is hoping to inspire other amputees along the way.

Little did Wolford know, September 5th, 2017  would be a day that would forever change his life. He was rushed to the hospital undergoing 18 surgeries.

Doctors ultimately decided to amputate the 21-year-old's legs above the knee, giving him his best shot at living an independent life.

He spent a month with doctors at Mary Free Bed Rehabilitation Hospital working to build himself back up to get his prosthetic legs.

"Just rebuilding my strength and everything I lost from laying in a hospital bed for a month and getting my body ready for prosthetics," he said.

That's when he met the experts at Hanger Clinic in Grand Rapids for the first time.

"It was really a new experience. because I had no idea what to expect, learning how to walk with prosthetics and things like that and it was intimidating and it took a while and a lot of hard work," Wolford said.

"With things like, going down stairs or whatever I was like oh my gosh this is scary  and i was like I don’t know if I want to do it, you know it was kind of like if I want to be independent and I want to be mobile then I have to be willing to try it and get good at it," he said.

One year later and Wolford has learned to walk again, recently competing in a 5K this spring and taking part in Hanger's amputee boot camp, where he was able to meet other people like him.

"Just going to that and meeting a bunch of other amputees and having them kind of push me out of my comfort zone to try new things, and going out into public and all that just gave me a lot more confidence and really helped me to get to a good place mentally that really helped a lot in learning how to walk again," Wolford said.

He's now able to walk on his own and is able to do some of his favorite activities like playing the drums. Wolford has been in his full prosthetics now for a full year, and has come along way in just two years.

"It’s been really crazy thinking about where I am now compared to where I was when I did that because I can do stairs and ramps and curbs and everything just totally fine. I can drive a car with my legs, I don’t have to use hand controls or anything. So yeah, it’s been, yeah it’s been really great," he said.

Wolford is now working as a certified peer amputee mentor and is currently in his second year studying ministry with hopes of becoming a youth pastor.