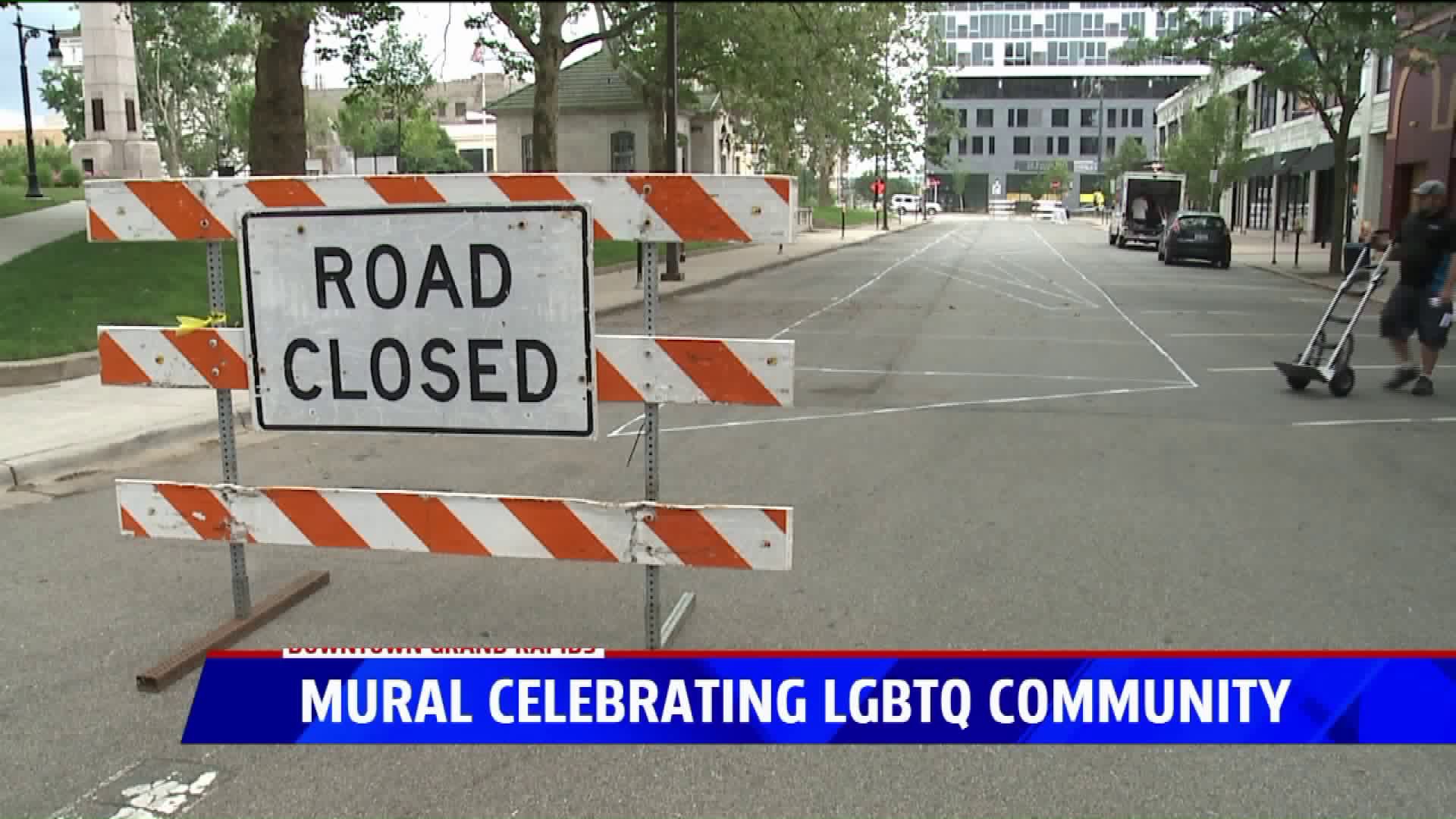 GRAND RAPIDS, Mich. — The painting of a permanent mural on a downtown road is now underway.

Bob Johnson, owner of the Apartment Lounge , says the project has been in discussions for about the past seven years.

“It says we welcome anybody, that this is a place where it doesn’t matter who you are, where you’re from, what your calling is, that you are safe and this is an OK place,” Johnson said.

The piece is being created by Detroit-based artist Joey Salamon . The abstract multicolored painting will stretch the entirety of Sheldon Avene NE from Library to Fulton streets.

“I’ve done big walls before but nothing of this scale … it’s on such a large scale and it’s for something that’s so important and cool,” Salamon said. “And that’s something you usually don’t get out of abstract art. It just is what it is. But now being able to use it in this context is cool.”

Downtown Grand Rapids Inc. has also been helping move the project along. They say the installation will cost $5,000.

The mural should be completed within about a week and a half. The roadway will be closed during its installation.