Board votes to retain GM of power company in SW MI 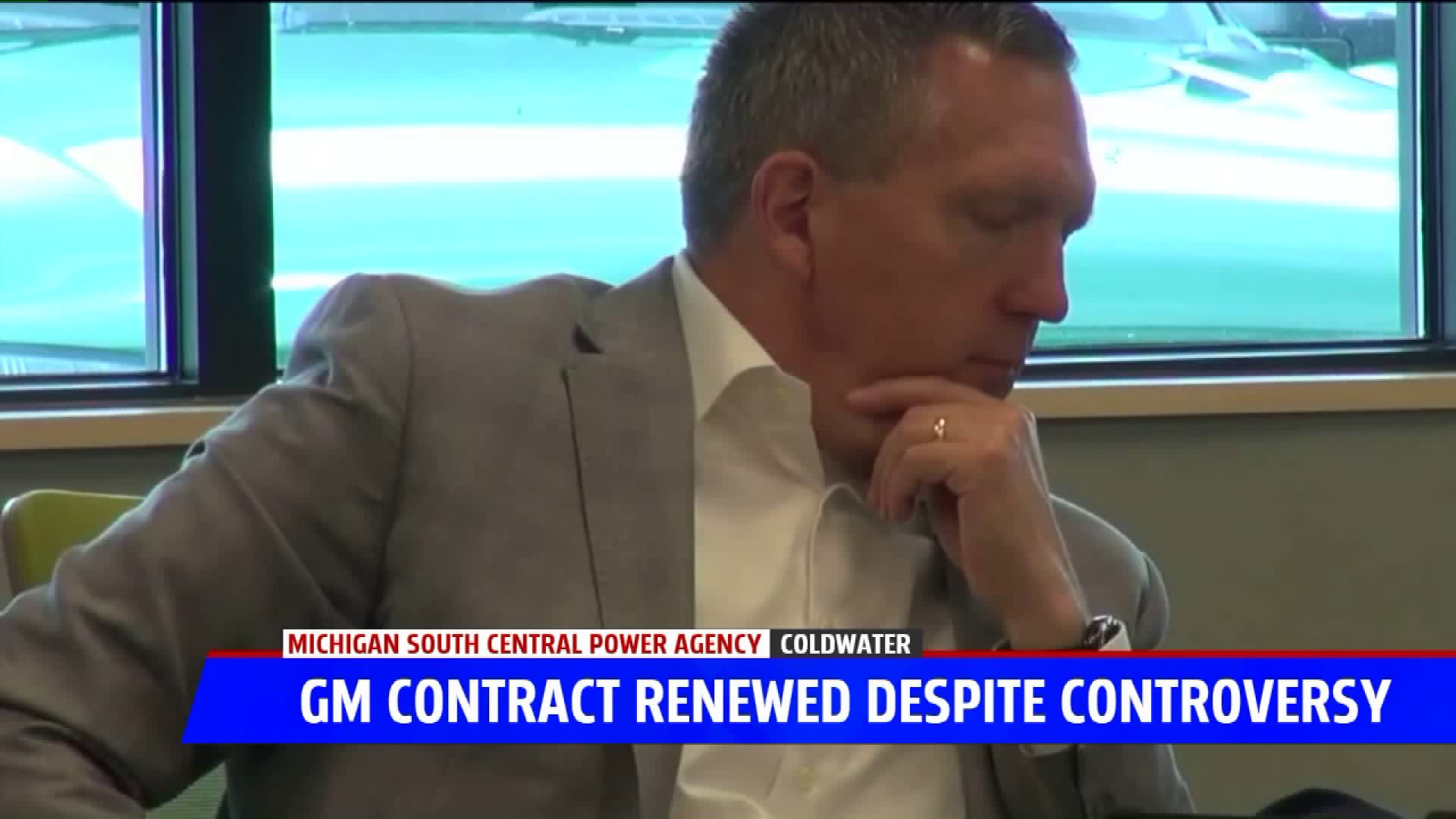 COLDWATER, Mich. — The general manager of the utility company that provides service to five communities in southwest Michigan will finish his contract after a controversial vote.

In a meeting Monday, the Michigan South Central Power Agency’s board of commissioners voted 3-2 to allow General Manager Paul Beckhusen to finish out the remainder of his contract, which expires June 30, 2020.

The power company provides services to Coldwater, Union City, Clinton, Hillsdale and Marshall, each of which are represented on the board of commissioners.

One of them, Union City Village Manager and Police Chief Chris Mathis, says Beckhusen needs to be terminated immediately.

“It’s very complex, very concerning, very upsetting. And I am, I am upset about it. And so is our constituents and our elected officials,” Mathis said.

Mathis referenced Beckhusen’s salary, which is over $500,000, as part of the reason he’d like to see the general manager go.

“The board today elected to retain him for a year for $500,000. That is more than we pay the president of the United States.”

Because of the size of the communities the company serves, Beckhusen said it isn’t practical to pay that much.

“If we were a larger agency of 27 people, this might make sense to pay somebody this much. But again, being an agency of five municipalities with two employees does not make any fiscal sense,” he said.

Mathis also questions Beckhusen’s work ethic, citing controversy over the MSCPA building he was in charge of last year.

“There was some questions on the bidding of this building and right after the bids were complete, the higher bids were taken and then the general manager’s wife was hired two weeks later by the company that had the higher bid,” Mathis said.