Bubba Watson donating $20,000 to the First Tee of Detroit in honor of Dan Gilbert 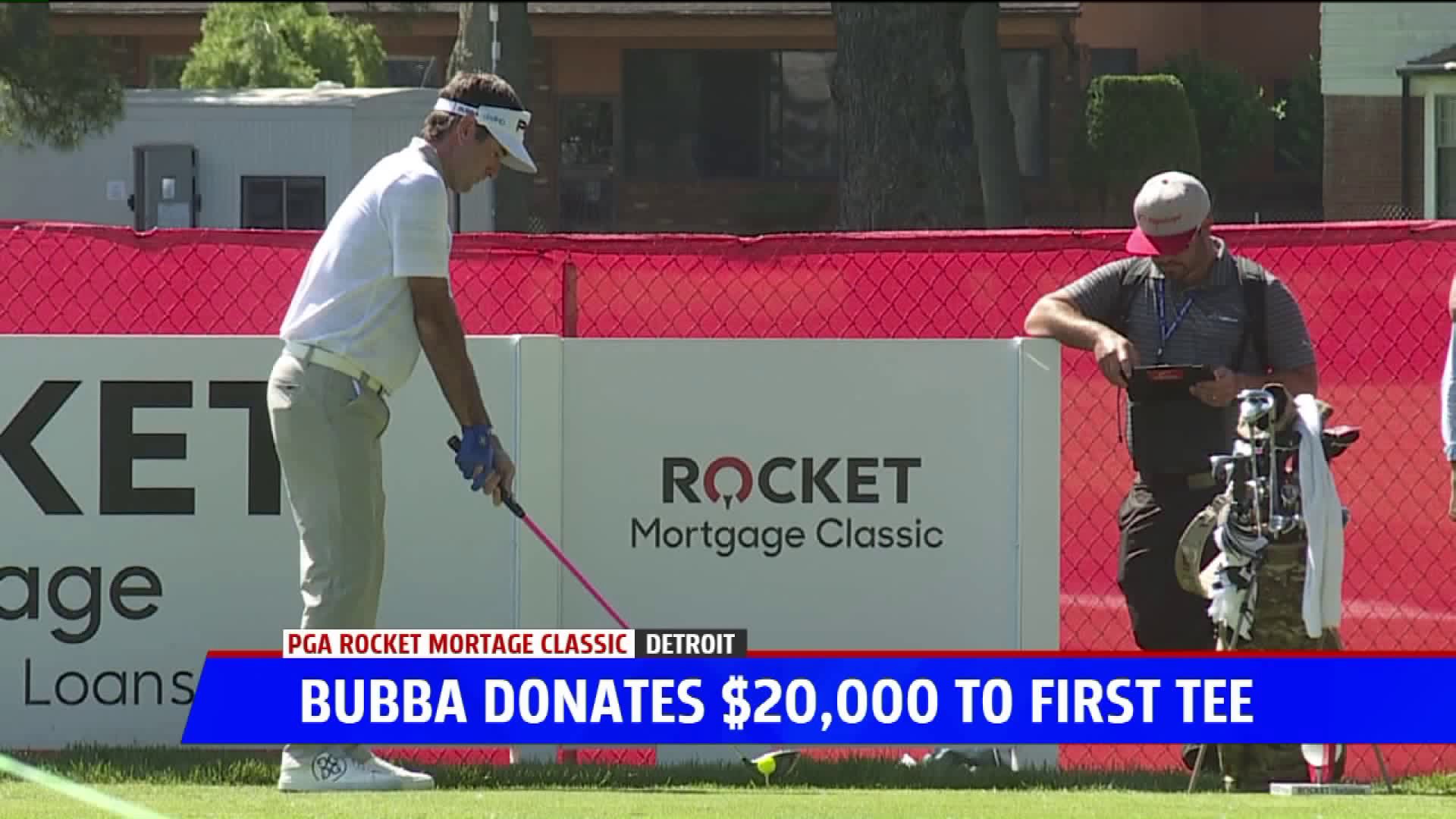 DETROIT, Mich -- Bubba Watson is donating $20,000 to the First Tee of Detroit in honor of Dan Gilbert.

"Dan has done so much for this city" Watson, a two-time Masters Champion, said.  "Means so much to him, and then obviously what his family's going through right now and everything, it was just in my heart to show some love in a different way.  So that was my way of trying to help the city and be part of the city for this tournament."

Watson made the announcement today in Detroit following his practice round at the Detroit golf club in preparation for this week's Rocket Mortgage Classic.

Gilbert owns Rocket Mortgage and is responsible for bringing the PGA Tour back to Michigan for the first time in 10 years.  He is currently recovering from a stroke suffered in May.