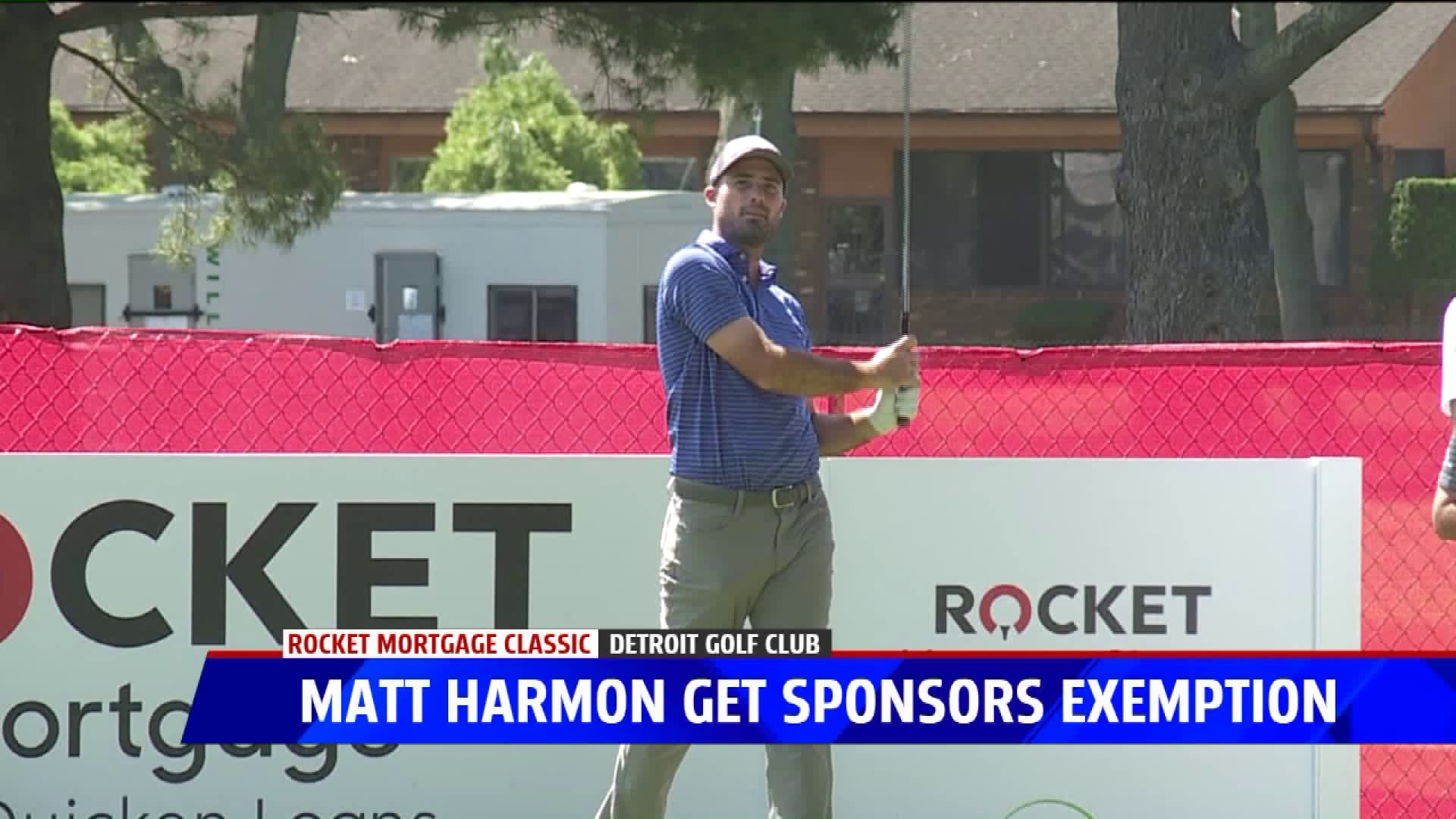 DETROIT, Mich -- Matt Harmon is getting a start this week on the PGA Tour thanks to a sponsors exemption at the Rocket Mortgage Classic at the Detroit Golf Club.

"It means a great deal" Harmon stated after his practice round Tuesday.  "I've been working hard, grinding just trying to get by on the Korn Ferry Tour (formerly known as the Web.com Tour), to get an opportunity up here to see a bunch of friends that I have had through the years it is going to be a fun week, I'm going to enjoy it I am really happy for my family and friends that don't have to drive 8-10 hours to come see a triple A baseball game essentially so it is the big stage."

The East Kentwood graduate and former Michigan State golfer has been playing on the Korn Ferry Tour for more than a decade.

"I got a small village that helps me everywhere" Harmon added.  "I had a bunch of people write for the sponsor exemption on my behalf, I am just greatful for all the relationships I have and I'm sure they will be bringing some friends and family too."

Three weeks ago he had a start in South Carolina in the BMW Charity Pro Am where he shot a first round 64 which was tied for the lead the lead after 18 holes, he finished T24 that is his best finish this year on the Korn Ferry Tour, making six cuts in 12 starts.

"I've been struggling real bad" Harmon said about the current state of his game.  "So I am not real high on confidence but that is probably going to be good for my expectations so I will just come out here and just try to have a good time and see if we can roll some putts in, keep it out of the crowd off the tee box and have some fun."

Harmon played a practice round with Bubba Watson and Robert Streb on Tuesday.

This will be his fifth PGA Tour start, his most recent coming in the U.S. Open in 2013 at Marian before that three starts at the Buick Open in Grand Blanc, the last time the PGA Tour came to the state of Michigan.

Harmon will tee it up Thursday morning 8:35 a.m. off the first tee with Seth Reeves and Adam Svensson.