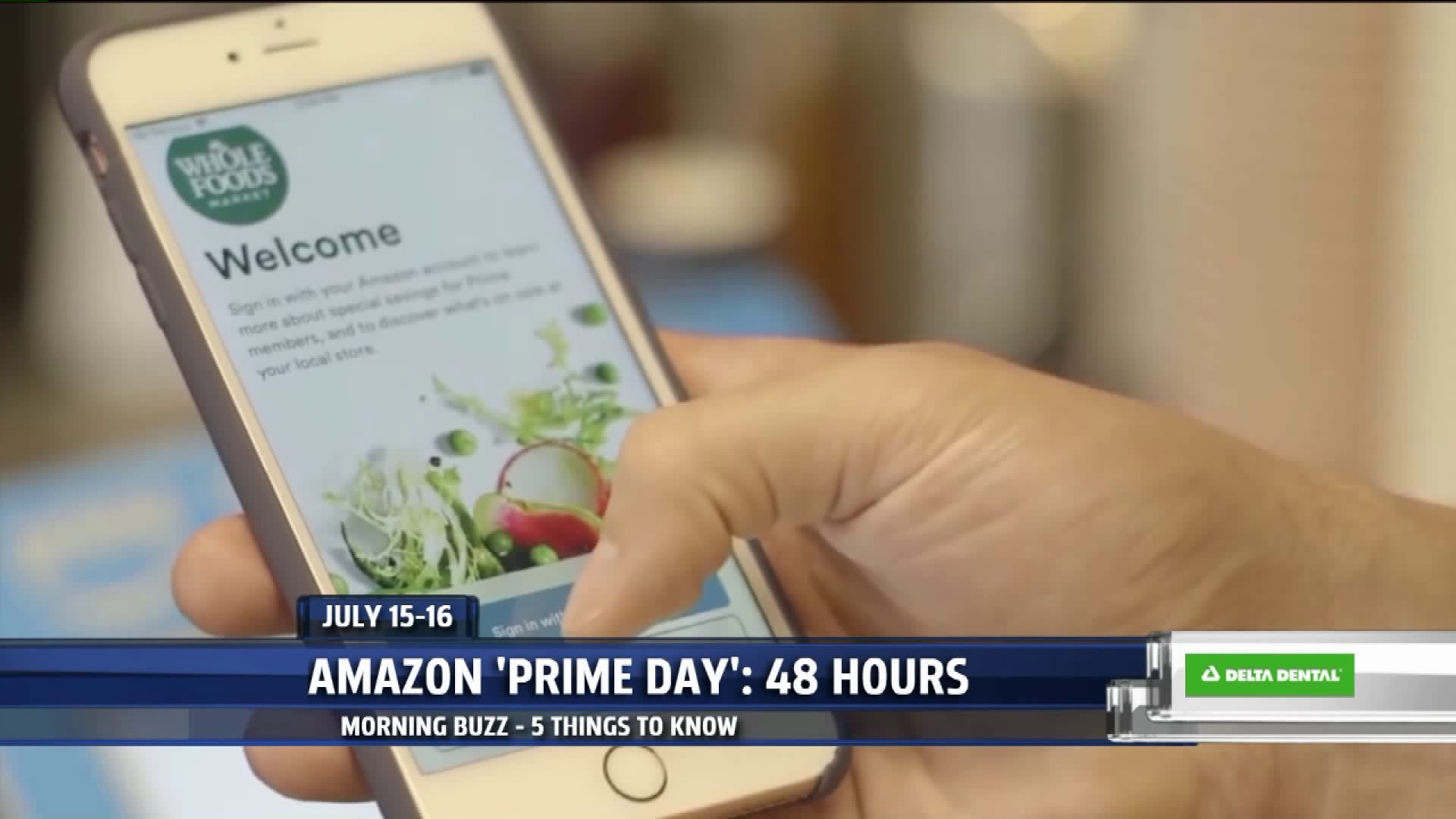 1. It's the chance to prove which local sandwich is the grandest of them all. The Grandwich competition is returning to Grand Rapids.

29 restaurants will face-off against each other, creating new sandwiches to earn the title as best in Beery City.

The sandwiches will appear on menus starting July 1, and people can vote for their favorites through the 20th.

Once the Top 10 is determined, it will be up to the judges to crown the Grandwich on July 25.

Check out this year's entries at grandwichgr.com.

2. It all comes down to one game: Michigan's baseball team will have to play again tonight against Vanderbilt in Game Three.

In the end, the Commodores pitches, Kumar Rocker wound up working 6 1/3 innings of one-run, three-hit ball while striking out 11 and walking two thanks to his outstanding fastball-breaking ball combo.

The decisive Game Three can be seen on ESPN tonight at 7.

3. Do you leave a chores list for your kids? This could actually lead to their success later in life according to a new study.

Harvard researchers have found that people who had more childhood chores not only grow up to be happier but are more successful and are better employees.

Chores help people learn at a young age the value of work and making contributions to a group.

The study also suggests that chores help make people better team players and ready to work with others.

4. Pizza Hut is looking to make its customers feel nostalgic. The company is bringing back its vintage loco with the signature red roof.

Pizza Hut's social media accounts have already switched to its retro logo. It's also rolled out during a national TV campaign.

While Pizza Hut is bringing back its old logo, the red swirl design representing the brand since 2014 will still be around.

5. Like to shop online on Amazon? Amazon has confirmed that Prime Day will be extended to two days this year.

It starts July 15 at 3 a.m. Eastern Time and will run for 48 hours. This is the fifth-ever Prime Day, where you can find more than a million deals on the website.

The sales event draws loyal customers but also brings in new ones to its annual free-shipping program, which costs about $120.

Amazon announced yesterday that some products are already on sale.