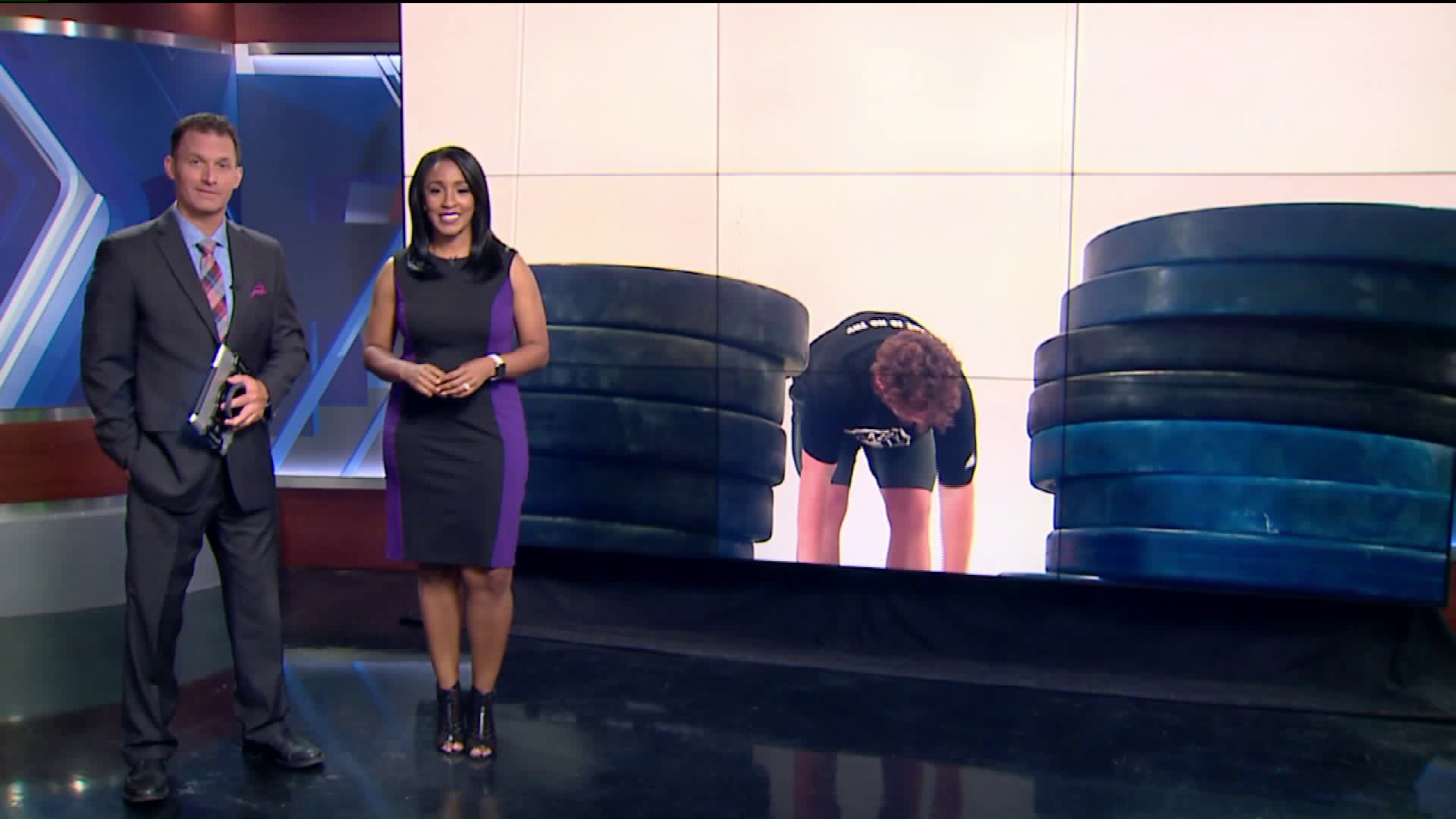 KALAMAZOO, Mich. - One teenager in Kalamazoo is heading to California to compete at Youth Nationals for USA weightlifting.

Seth Parsons had to overcome years of health struggles to reach his goals though. At 14 years old, Seth was diagnosed with Crohn's disease, a type of inflammatory bowel disease.

Three years ago, Seth developed some stomach pain. He then lost 40 pounds in a short period of time.

"He was sitting on the couch, wouldn't even turn on the TV," said his dad, Micah Parsons.

A few months after Seth's diagnosis, he began CrossFit and soon after, he began weightlifting at AZO Barbell Club in Portage.

"This place to me is my kind of getaway," said Seth. "I come here everyday for 6 days a week for two hours to kind of clear my head and just perform the best I can."

He began training as a weightlifter seriously in 2014. He trains with his uncle, Zach Parsons.

"As an uncle, it's been one of my most favorite things in my life," said Zach. "As a coach, to work with a dedicated athlete ... there's really nothing better."

Seth puts in more than 12 hours every week at the gym. He currently lifts more than 300 pounds and recently, qualified for the Youth National Championship, held in Anaheim, CA this weekend.