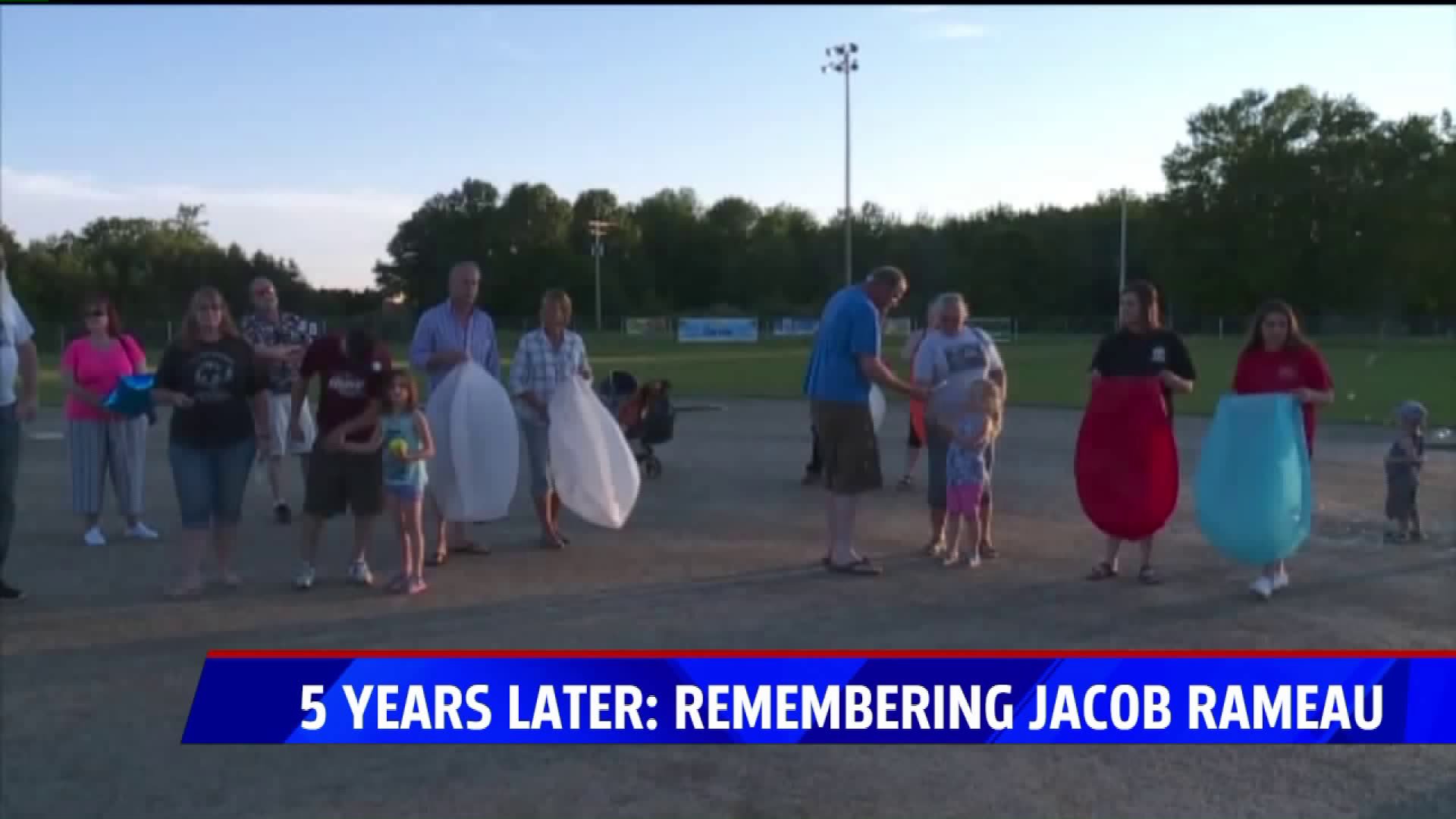 MUSKEGON, Mich. - The family of a Muskegon man murdered five years ago to the day honored his life and celebrated it on the tragic anniversary.

Jacob Rameau was killed in 2014 while riding his motorcycle. He was chasing a stolen vehicle that belonged to his brother when he was shot.

Rameau, who was just 26-years-old at the time, loved playing baseball and played on teams in Muskegon. In his honor, his family held a small memorial service at Softball World in Muskegon Township on Wednesday night.

The memorial started out by playing one of Rameau's songs to the crowd. It was written and recorded before he passed away.

"The last five years, June 26th, has always meant something horrific in our lives," said his mom, Jeannie Rameau-Rinard. "It always will be but today, I want to have a more positive outlook on it... I just want to bring people together to celebrate his life."

His family says they have been focused on healing and looking for ways to find joy since Rameau's passing.

The man responsible for shooting Rameau, Robert Gee, is in prison and was convicted eight months after the shooting.