Frank Catalanotto not thrilled with changes in baseball 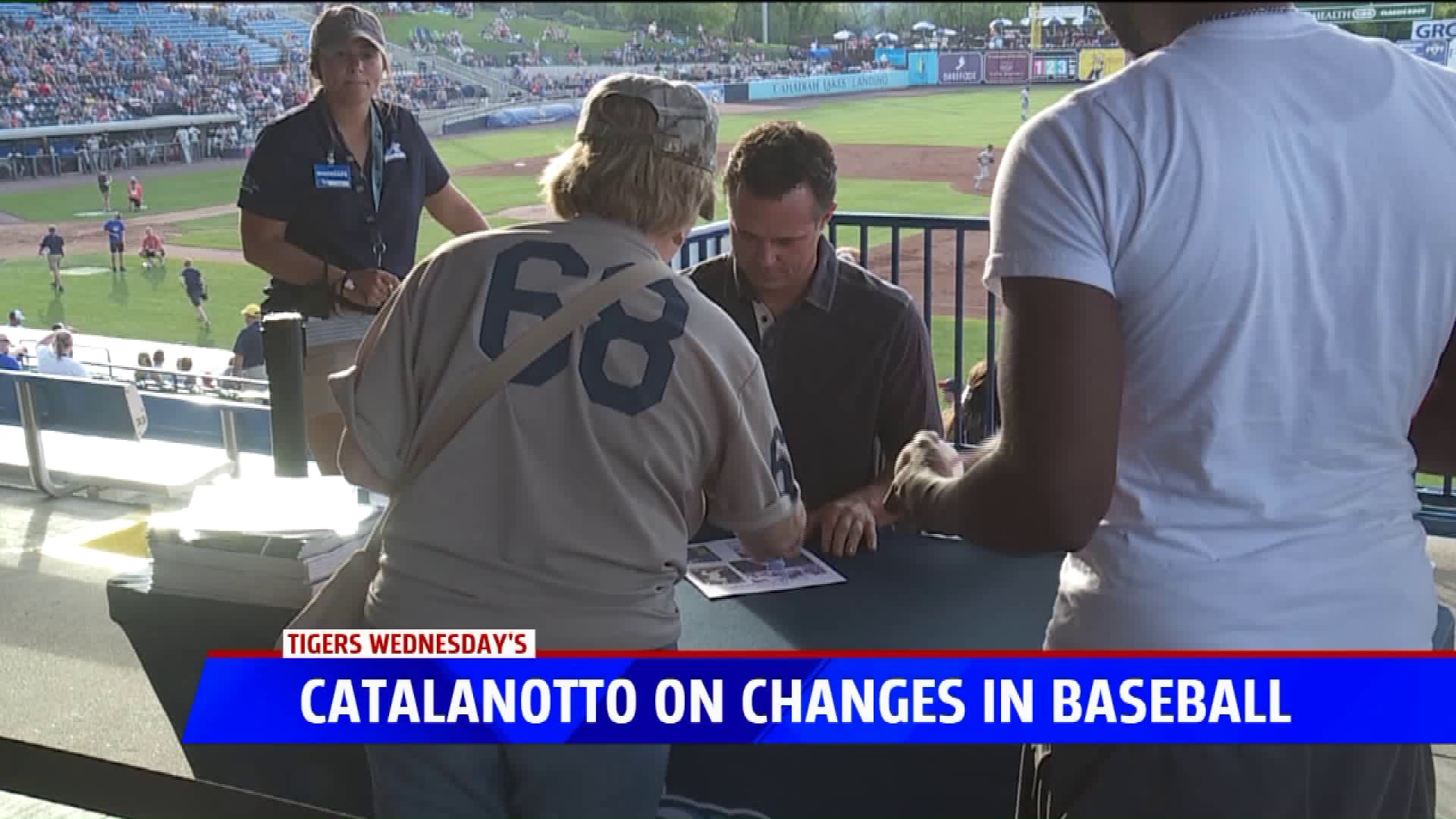 The former Tiger is not a fan of all the strikeouts

COMSTOCK PARK, Mich. -- Frank Catalanotto is not excited about all the strikeouts in baseball today.

The former Detroit Tiger was at Fifth Third Ballpark Wednesday night for the first Tiger Wednesday of 2019.

"It's tough to watch for me," Catalanotto said about baseball today. "I don't like the way that the game has changed. I was always taught to grind out an at-bat, put the ball in play, and make the defense make plays, and now it seems like, with all these strikeouts, the swing is totally different and the game, for me, it's not as exciting."

Catalanotto broke into the big leagues with Detroit before being traded to the Rangers, where he had some good years.

He played 14 seasons in the Majors and was a career .291 hitter.