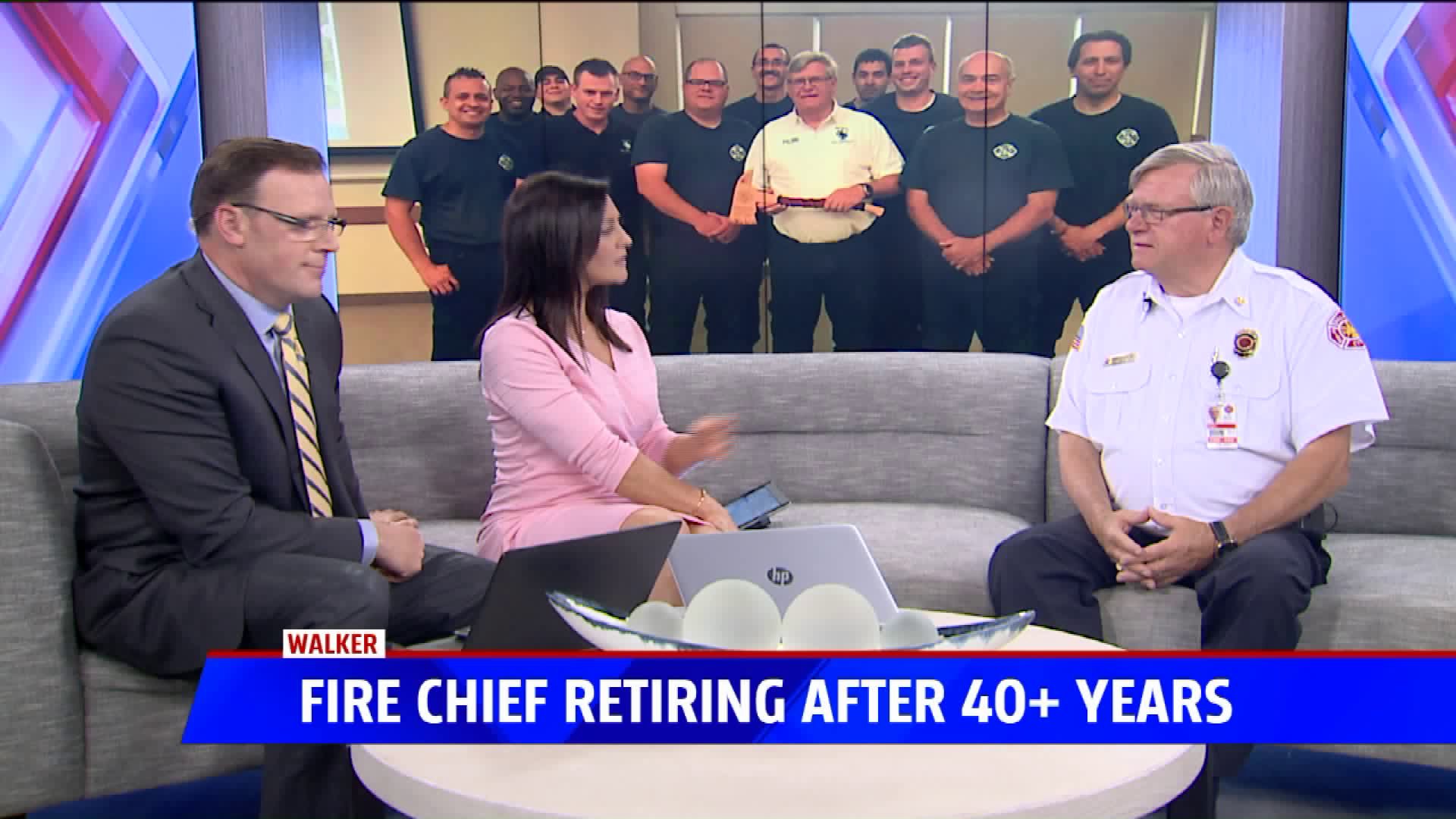 WALKER, Mich. -- After more than 40 years of service, chief Robert Walker is retiring.

Chief Walker started with the Walker Fire Department on September 19, 1978 as a paid-on-call firefighter. He became Deputy Chief in 1997 and promoted to Fire Chief in 2016.

The city has chosen David L. Pelton as the new Fire Chief, who currently serves as the Battalion Chief of Fire Operations and Training Officer for the Walker Fire Department.

His 18 years of experience in firefighting and numerous fire certifications, ensure he is more than qualified to take on the new title of Fire Chief.

Chief Walker will be missed by his peers and subordinates and stated on the department’s Facebook page, “These guys are a dedicated and awesome bunch. I am proud to have served with them…Going to miss these guys. Stay Safe, Stay Low, and remember "Everyone Goes Home". May God watch over you and keep you safe.”