Thousands flock to lakeshore on hottest day of the year 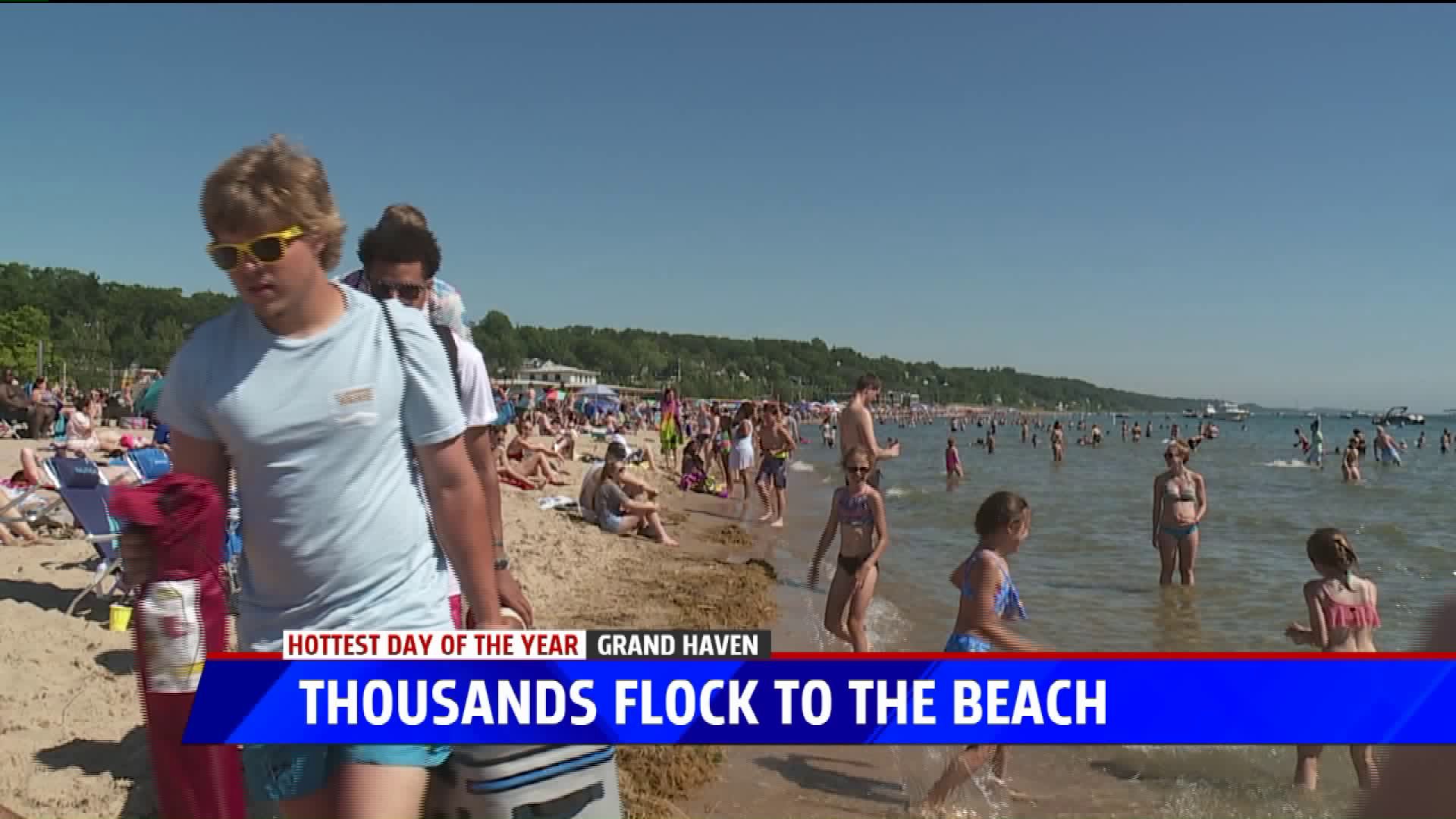 GRAND HAVEN, Mich. -- Thousands in West Michigan tried to beat the heat by heading to the lakeshore on Saturday.

It’s clear many people wanted to take advantage of one of the hottest, sunniest days we’ve seen.

At Grand Haven State Park, the sun was shining, the green flag was flying and parking was a bit scarce.

"This is packed, I’ve never been here when its been this busy," Staudacher, added.

"Super busy, way busier than we thought it was going to be we had to park all the way on the back neighborhoods and walk down," Hudsonville Resident Ben Vander Hill, said.

"The beach is crowded but it's a great time, you can find plenty of space," Staudacher, said.

"When it's 85 degrees tough to really do anything at home, so why not come to the beach, jump into the water, hang out with some friends," Vander Hill, added.

After so much rain, a beautiful day like this is one many locals have been waiting for.

"Oh my gosh, this is so much better than the rain. I’ve been waiting for Michigan to get warm," Grand Rapids Resident Kylie Klunder, said.

So have beach-side business owners.

"We were a little worried when we were setting up yesterday, going how is the weather going to be? But it turned out beautiful," Electric Hero Owner, Rob Witteveen, said.

"It’s just been an awesome day and really busy and lines have been long and we’ve been able to serve a lot of people food today," Witteveen, added.

"It's a lot of people but it just shows, with Michigan not having too many sunny days, everybody is going to enjoy the most sunny day of the year," Grandville Resident Jake Martin, said.