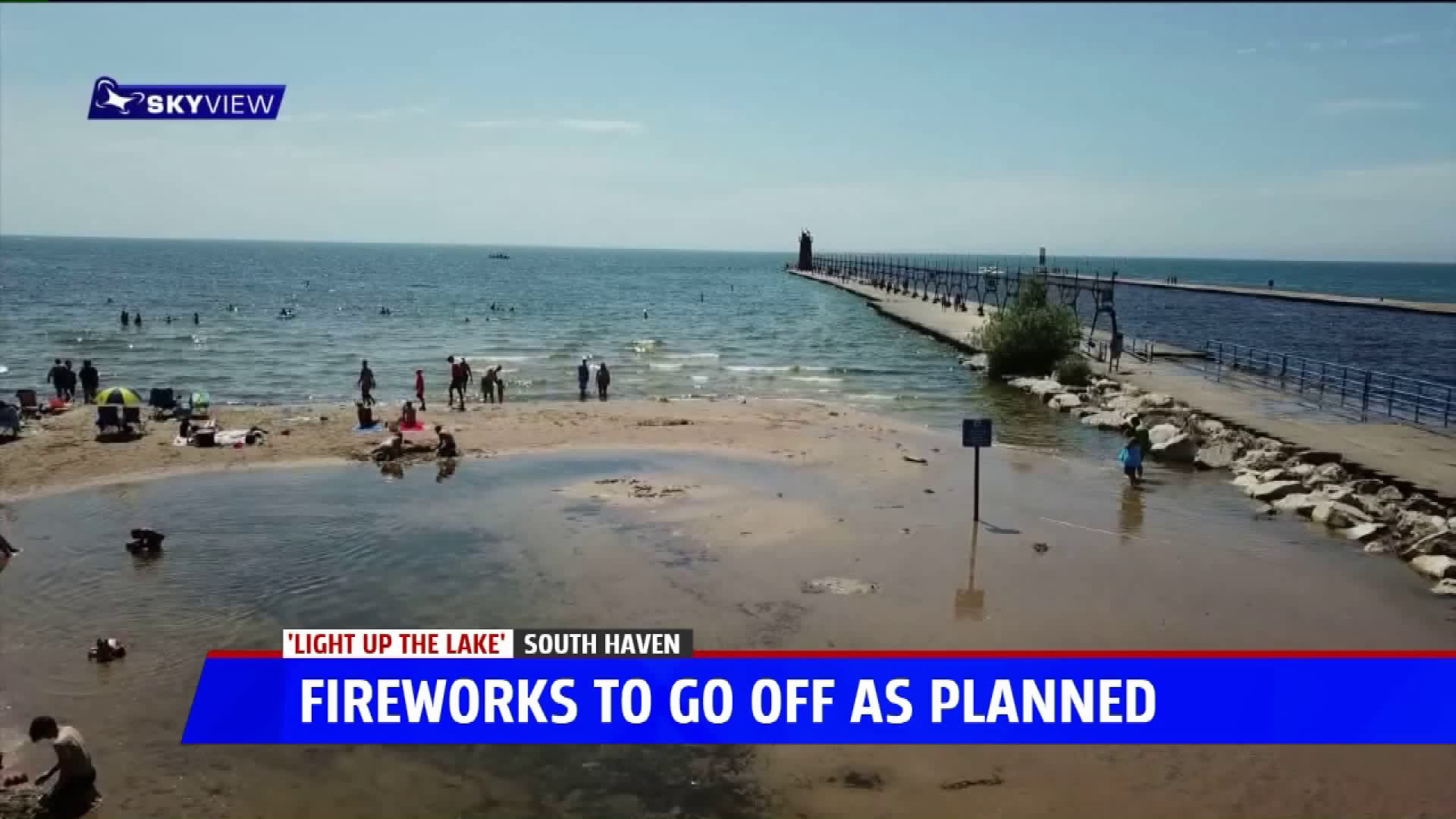 Light Up the Lake to go on as planned

SOUTH HAVEN, Mich. — Jamie Munn said she’s excited to bring her kids to the annual Light Up the Lake fireworks event on Wednesday night. They’ve been coming to the event for years and it's kind of a tradition for residents.

“It’s something that all the locals do is come here for the fireworks,” she said during an  interview at South Beach.

However this year, Munn said she was upset when she found out that that it might be canceled.

City Manager Brian Dissette said that was a concern. The water level on Lake Michigan is a at a record-high.

“Anytime that we have high water plus potentially wind, you're look at potentially having water splashing up onto that pier,” Dissette said.  “Fireworks and water don’t go to together real great.”

Dissette said weather was also a concern considering thunderstorms were in the forecast all week. They’ve been eyeing it closely and saw that the latest forecast was OK for Wednesday night.

“It is something that is absolutely one of these  things that South Haven has celebrated for decades,” Dissette said. “We’re thrilled to see that the weather is going to cooperate.”