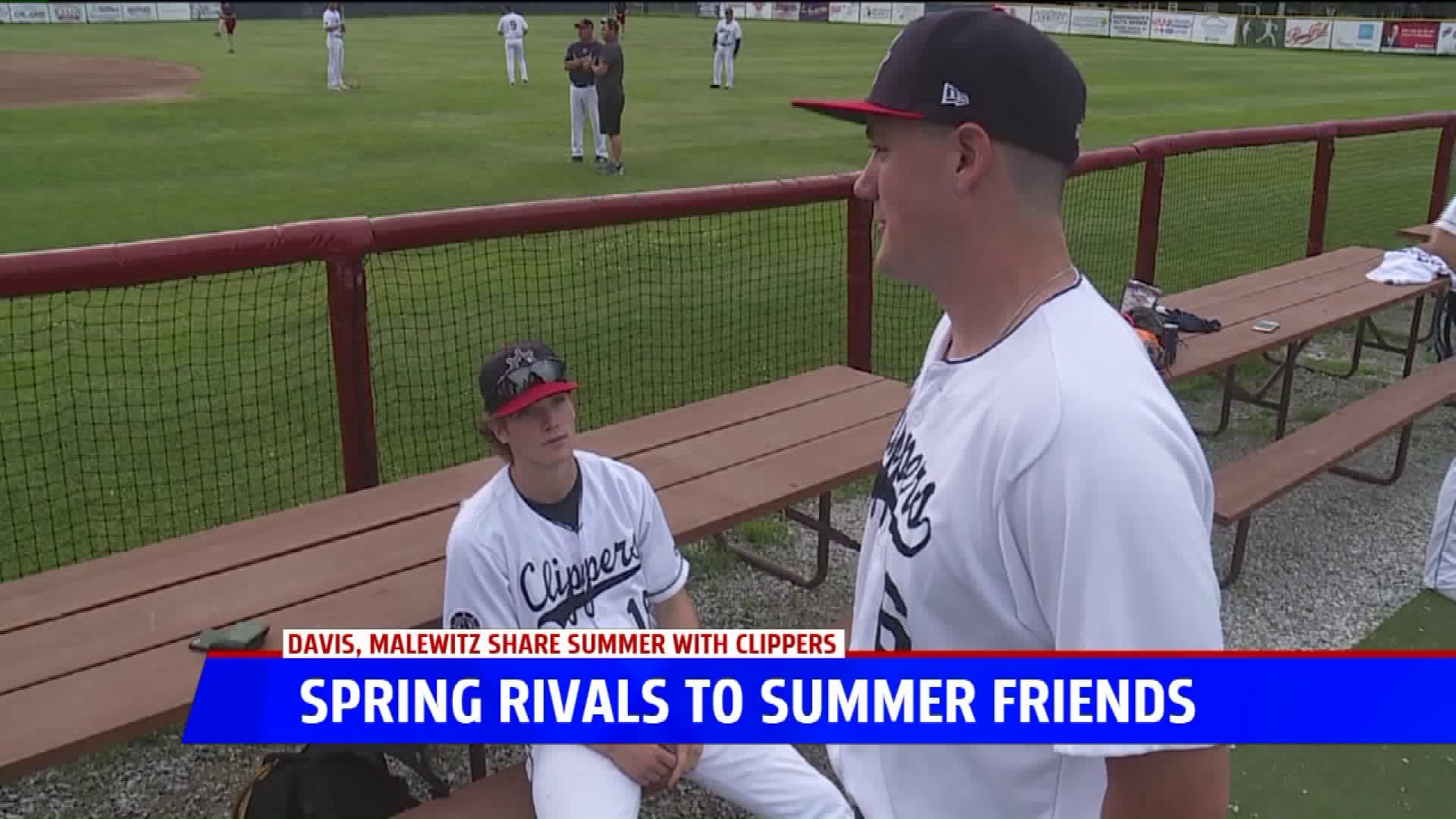 "It's been fun actually," Malewitz said, "I didn't even know him, we played him three times, then I showed up here and I was like 'oh, Toledo.'"

"I saw him out there and I was trying to figure out who he was but I still couldn't figure it out," Davis added when the two arrived to Muskegon.

The Toledo and Bowling Green rivalry is one of the biggest in the Mid-American Conference and dates back several decades. Despite that, Davis and Malewitz have put their differences aside and have become pretty decent friends.

"It was a little weird at the start," Malewitz laughed, "nobody knew each other but now with Bryce, it's just that extra thing to know about each other, become closer through it."

As the two become closer, the trash talk intensifies, especially for Malewitz after Bowling Green swept Toledo in three games this past season.

"It hasn't too bad," Malewitz said on the trash talk this summer, "but obviously we [the schools] never liked each other, but to let him know what happen this past year has been fun, that's about it."

"Now that you know him, it's just joking around and he'll know that but sometimes coaches and umpires don't know that so it'll be fun," Davis added on future talks.

When agreeing to play in Muskegon this summer, the two West Michigan products expected to form friendships but never imagined they'd form one with a bitter rival.

"It's a weird story, it's weird how stuff like that happens in college baseball but you never expect it," said Malewitz.

"That's probably my favorite part about summer ball," Davis smiled, "especially meeting someone in the same conference as you then we'll go back to school and we'll meet them again and respark that friendship."

Malewitz and Davis can get back to being rivals in the fall but for now they're enjoying their summers in Muskegon.