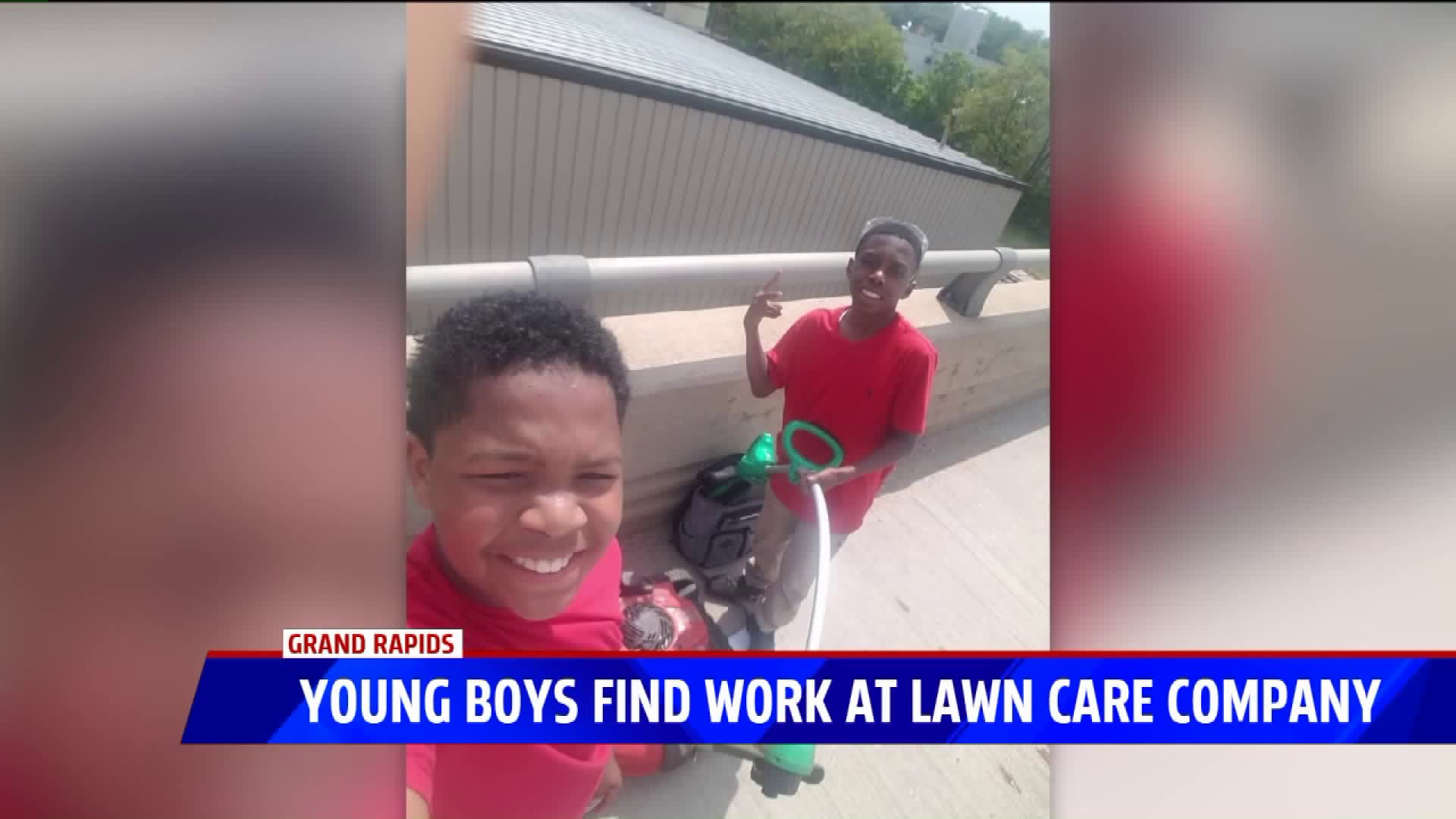 GRAND RAPIDS, Mich. — A small business is helping out the homeless and children in the community, one lawn mower at a time.

The company is called Cool Guy Lawn Co. and since 2011, Suriya Davenport has helped his 11-year-old and 6-year-old sons run it.

Davenport took the new adventure to another level by finding ways to help people in need of work.

"There are people that seek opportunity in making money and doing this work and I offer opportunity," says Suriya

But the desire to help others extended to two young boys who were having trouble getting their own lawn mowing company off the ground.

"Our summer is busy now like we don't just have to sit at home. We just everyday pick up the phone and call and he's here," says Sincere Williams.

Twelve-year-old Sincere and his cousin, Josiah Griffin, say things were different when they were on their own. The two started a lawn mowing business at the beginning of the summer, walking to all of their appointments, handing out fliers along the way.

"On our first day trying to pass out fliers we only got like one yes," Josiah says.

But the two kept going.

Trekking more than three miles in the hot sun one day when a friend of Suriya's saw them, took a picture, and posted it to social media

"I saw a lot of likes and comments and encouraging words but I didn't see many people say ,' come over and mow our lawn," Davenport says. "To see that I had a heart for them because I didn't want them to see a lot of nos and then get discouraged."

So he tracked them down, and hired them on the spot.

"I felt happy and then he said the next day he was going to come pick us up so I was really happy," Josiah says.

"Sometimes people don't give a person that looks like me a lot of opportunities. A lot of times you get a no as soon as you step up," Suriya says. "We have to give back especially to the young kids because if it wasn't for the people that gave me opportunities  I wouldn't be here."

Suriya says he's always looking for eager people who want to work. To find out more about the company and their services click here and check out their Facebook page here.