4th of July weekend deals and events at Soaring Eagle 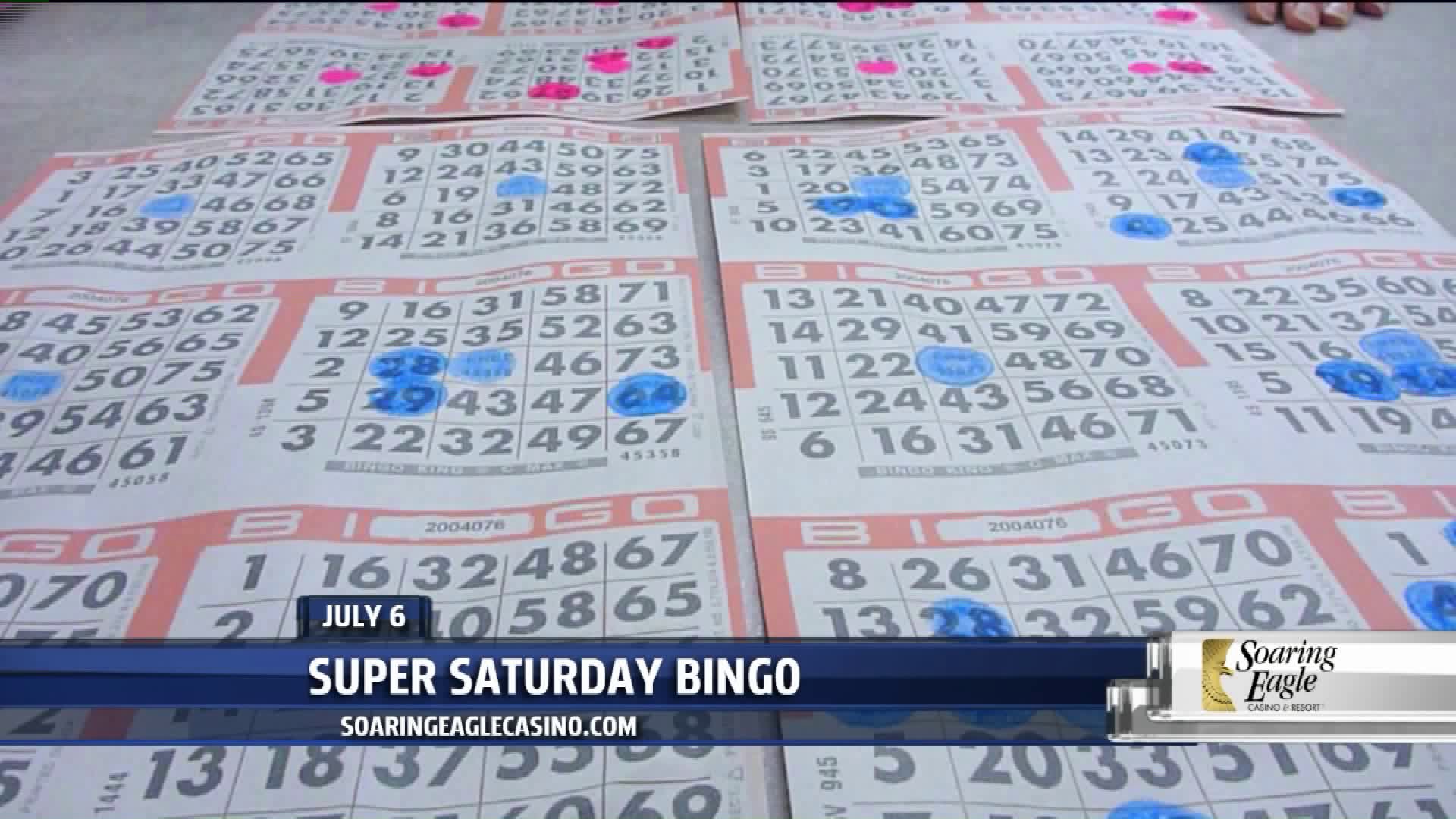 Win big this Saturday at Bingo Super Saturday at Soaring Eagle Casino. The main session pays out over $30,000 with the coverall paying out $5,000. Sessions are at noon, 1:30, 3, and 7:30. But be there for the main session at 3 and get the bingo millions add-on for a chance to win one million dollars.

There are so many new ways to win too with King and Queen Drawings, The Mystery Grab Bag, and so much more. Plus five lucky bingo winners will spin the prize wheel for a chance to win an overnight stay at the Soaring Eagle Casino Resorts, concert tickets, spa vouchers, and $500 cash.