Biking across America for suicide prevention 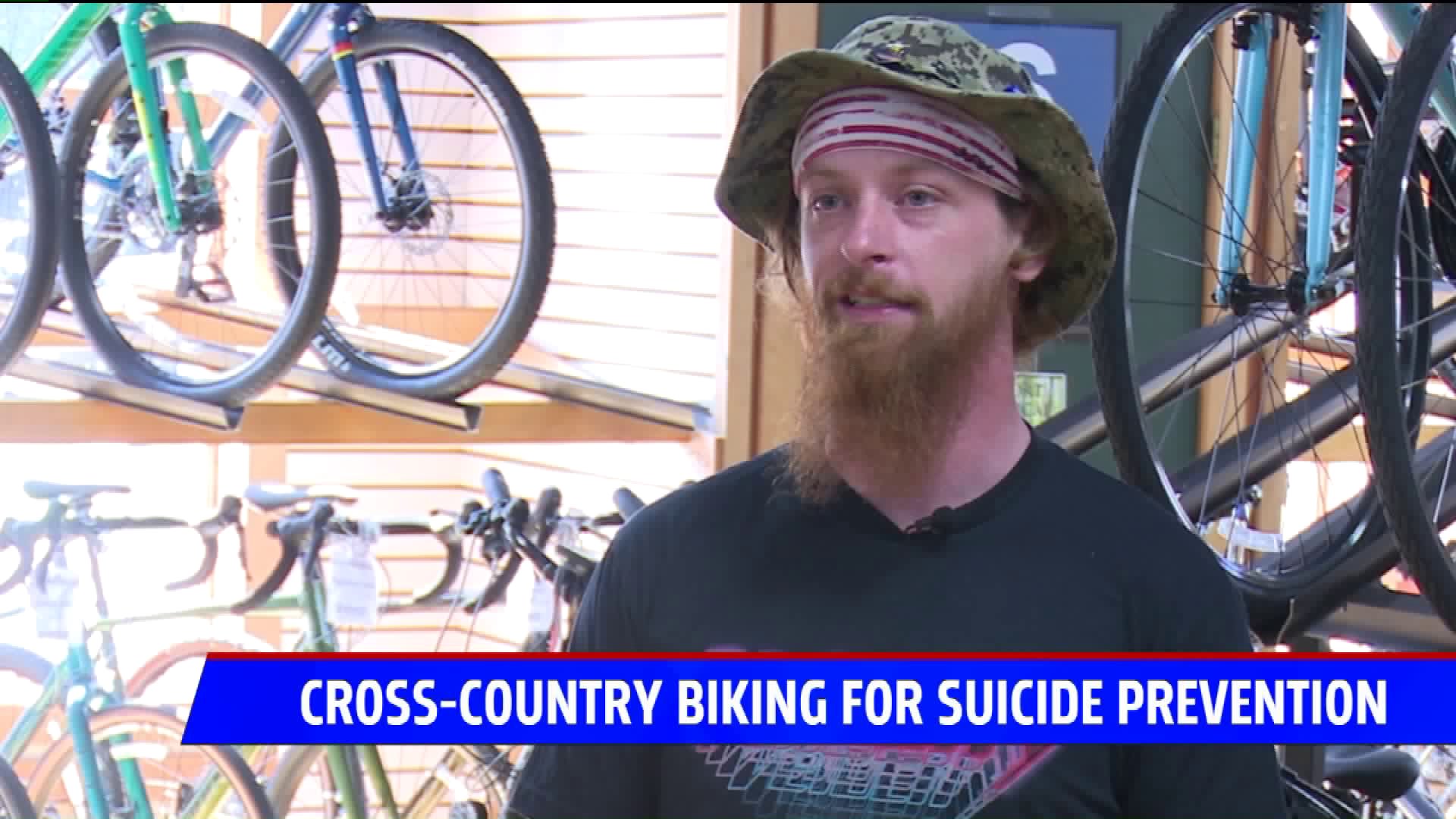 ADA TOWNSHIP, Mich. — A man is slowly making his way across the lower 48 states in an effort to bring attention to suicide prevention.

Daniel Hurd says the journey began after his third suicide attempt in 2017. A friend convinced him to give bicycling a try. He was almost instantly hooked.

“Five years ago if you would have told me I was gonna ride a bike, nevermind ride it across the country, I'd tell you you were crazy,” Hurd told FOX 17.

But now, that's exactly what he's doing.  He is attempting to bike the entire lower 48 United States in a three-year period.

Once he started riding, he started a nonprofit organization called One Pedal at a Time to facilitate his mission.

He is about halfway through his mega haul, Michigan being state No. 26 for him. The ride began about 18 months ago.

"The bike journey is a form of life. It's ups, downs, mountains to climb, you've got downhills that are easy, got flats that feel like they go on forever, you've got bad situations" Hurd said. "Everything life does, except it's to show people you can still going.”

Hurd has mostly been relying on the kindness of strangers to find sleeping arrangements on his trip.  It is very seldom that he ends up renting a hotel room.  He says the trip provides him the chance to meet lots of new faces, constantly restoring his faith in humanity's good.

On Wednesday, he was in Ada at the Grand Rapids Bicycle Co. to have a rear tire fixed.  Velocity Wheels, of Grand Rapids, actually ended up donating a special wheel and the bike shop put it on.

After a quick stay in the mitten state, Hurd is headed to the northern part of the state and then Illinois.  He plans to spend the winter months in Texas.