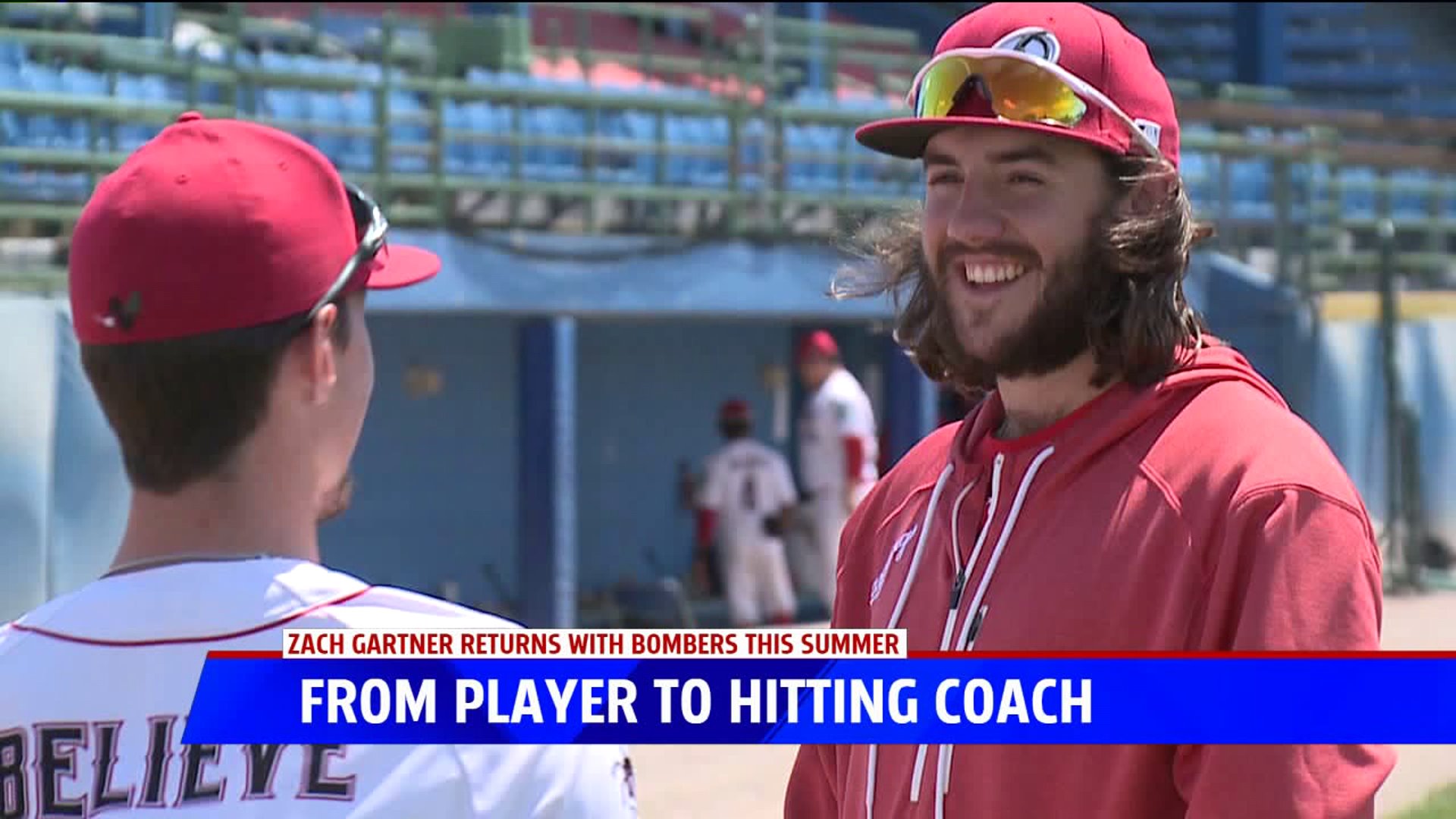 BATTLE CREEK, Mich -- Zach Gartner was one of the best hitters in the Northwoods League last summer while playing for the Battle Creek Bombers. Gartner had a batting average of .311 with 40 RBI in 65 games which isn't bad for a player from East Texas Baptist, a Division 3 program.

"The competition was a little harder up here, so I wanted to come up here and see how I would do coming from a tiny division three school and it paid off," Gartner said.

This season, Gartner is back in Battle Creek but not as a player, instead as the Bombers hitting coach.

"It's just a good start I think for what I want to do for my career and being a coach," he added, "the Northwoods League is pretty well known, so for me to come up here and have this be my first job, I thought it would help in the long run."

Plus, the relationship with second-year Bombers field manager, Mike Ruppenthal is a unique one. Not only did the two spend last summer together but they live about 90 minutes away from one another in Texas.

"I think I just got lucky with me having Rupp as my coach up here last year," Gartner smiled, "and with me wanting to be a coach for my career, I just asked him one day if I could come help out and he was all about it."

"We met up for dinner one night," Ruppenthal added, "I was going to just ask him to come back and DH (designated hitter) but what I really wanted was for him to come back to coach, I just didn't know if he'd want to hang up the spikes just yet. Then he said, 'hey could I just come back and coach?' And I said, 'absolutely,' it was perfect for me."

Gartner is a recent college graduate meaning he isn't much older than the current players on the Bombers roster which can make it difficult to coach them.

"It was definitely weird at first because I just graduated college, I'm pretty much as old as these guys and you don't know if they're going to listen to you or not because you're their same age. These guys have been great, though, it's been a lot easier than it could have been."

"He just proved some success here last year so the guys will listen to him, he has some credibility," Ruppenthal added.

With so many players that have already been very successful at the college level, Gartner isn't focused so much on changing mechanics as he is keeping the guys loose.