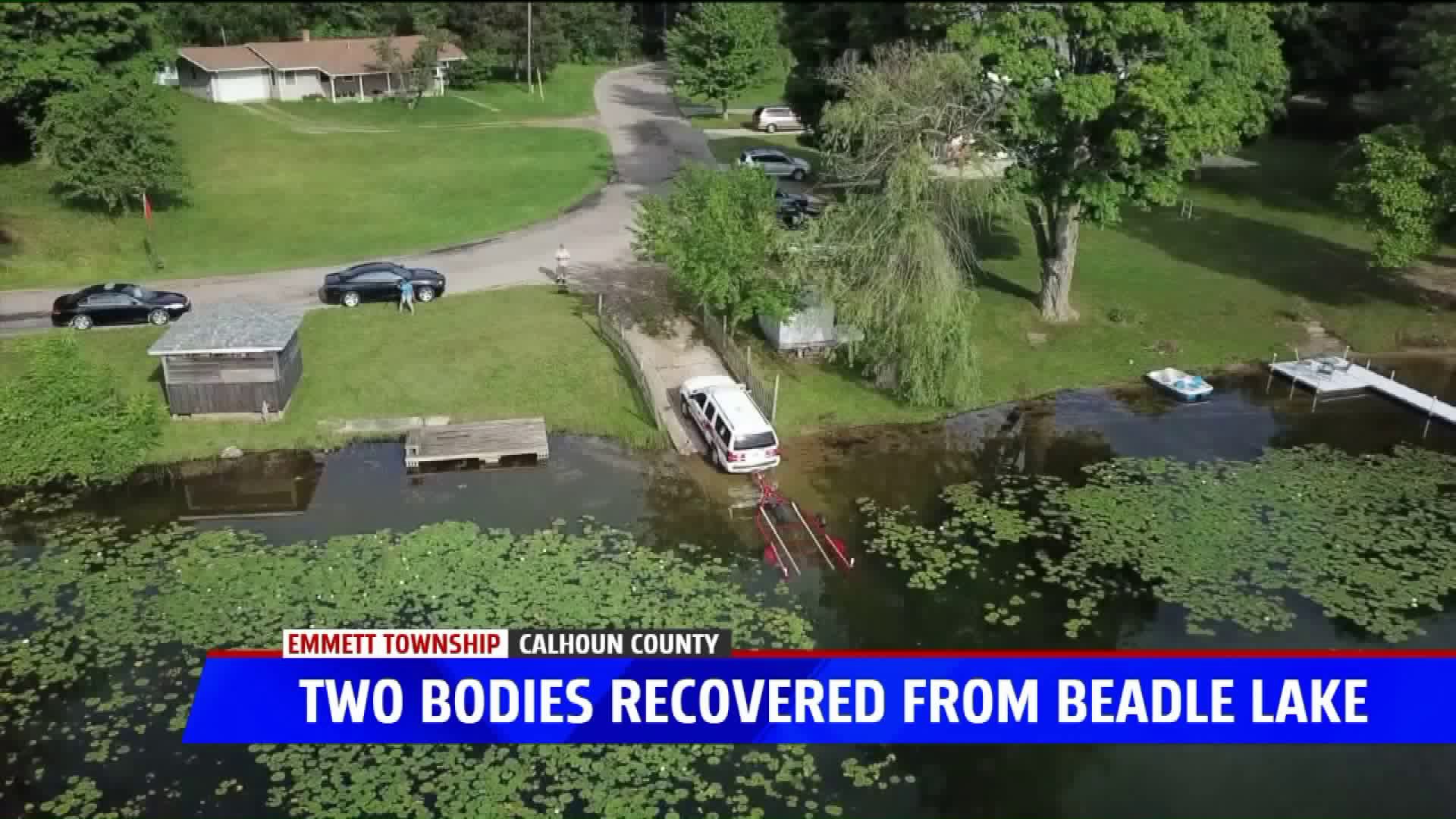 EMMETT TOWNSHIP, Mich. — When Julie Gunning woke up and saw first responders surrounding the public boat access near her home, she ran outside to see what was going on, she said.

Gunning figured it was an emergency.

“I went and unlocked the gate and while they were out there. Not soon after a few volunteer firemen showed up,” Gunning remembered. “They just kind of waited on shore and actually they never left.”

Gunning said they were there for hours assisting the Emmett Township Public Safety Department and Battle Creek police with the investigation after two bodies were found in the water.

“Early this morning the father awoke and the kayaks were still gone,” Cunningham said. “So him and a friend went out on the lake looking to see if they can find it and the two subjects were located in the water.”

Police recovered one of the kayaks after they arrived.

“I don’t believe at this point they were wearing life vests,” Cunningham said. “With the holidays coming up we’re just encouraging everybody to, after dark, not be on the lake unless you are well lit.”

Police do not know at this time if alcohol was involved, they said. They’ll know more once the autopsies are complete.

“It’s very sad. It’s tragic,” said resident Laurie Ryan.  “This is a very subdued, nice, calm lake and calm community out here. We never had anything like that in the 29 years that I’ve been around here.”